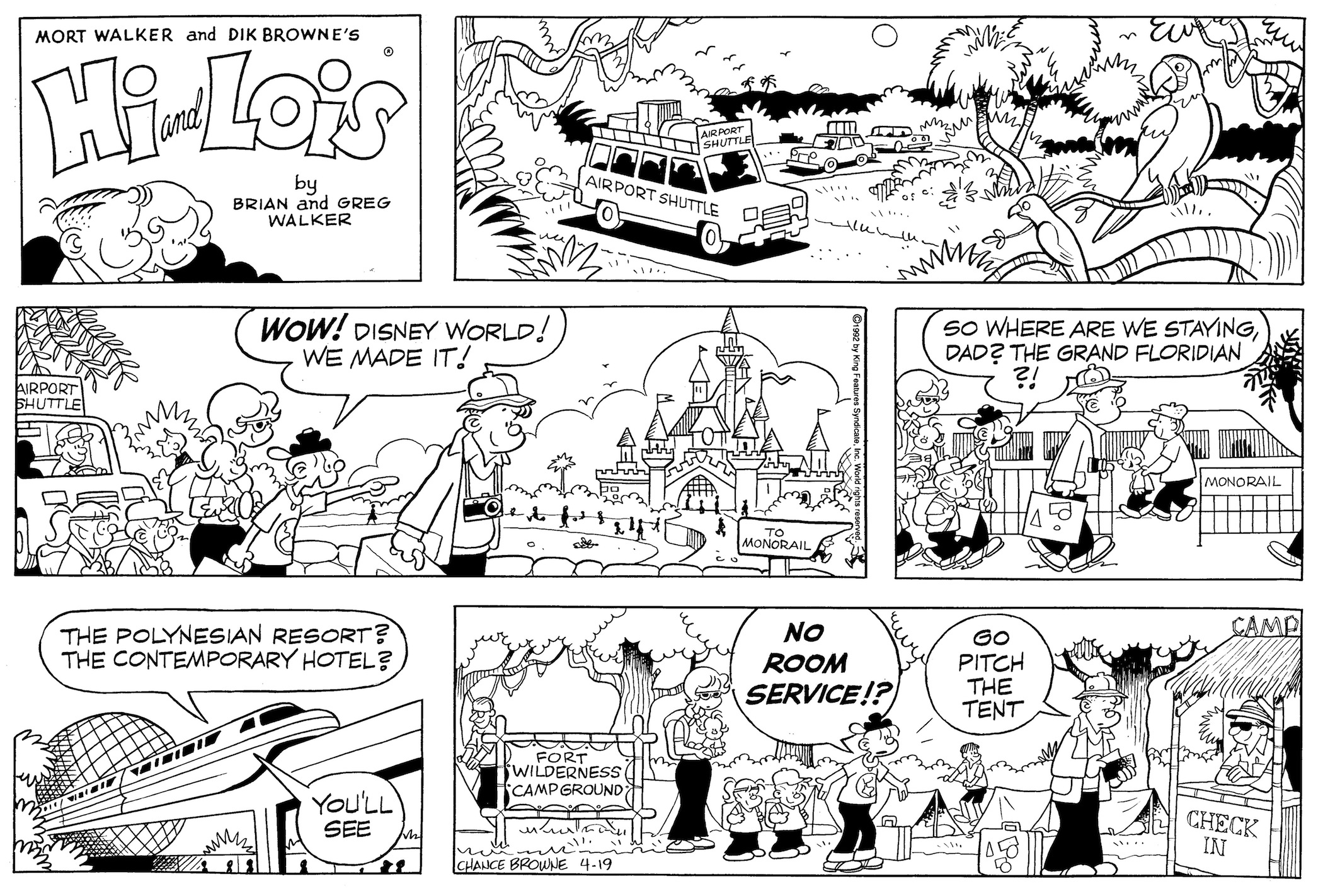 In 1992, after taking a family trip to Disney World in Orlando, Florida, I thought it might be fun for the Flagstons to go on a similar vacation.  After Chance agreed to tackle the artistic challenge, I wrote a large batch of gags and then selected the best ones for a week of dailies bracketed by two Sunday pages.

Next, I gathered together all the travel brochures, pictures and other material from my trip and gave them to Chance to use for visual reference.  He put in an extraordinary amount of time, not only illustrating landmarks such as the Sleeping Beauty Castle, Spaceship Earth at Epcot and the Monorail, but also drawing accurate representations of the Disney characters.

After Chance sent all the finished strips to King Features, I received a phone call from syndicate editor Jay Kennedy.  He said he would have to check with their lawyers to see if we had permission from Disney to do this story.  Jay called back to say that they had denied our request and we were very disappointed, particularly after all the extra effort Chance had put into illustrating the sequence.  According to the lawyers, Disney normally charges a fee for the use of their characters in any form of popular media, including syndicated comic strips.  I can’t imagine they would have sued us if we ran the story without their permission but King didn’t want to take a chance on that.

We had to send replacement strips for the six dailies that were pulled, but it was too late to prevent the Sunday pages from running.  It must have been strange for our readers to see the beginning and end of this story without the daily strips in between.  Here is the opening Sunday page.