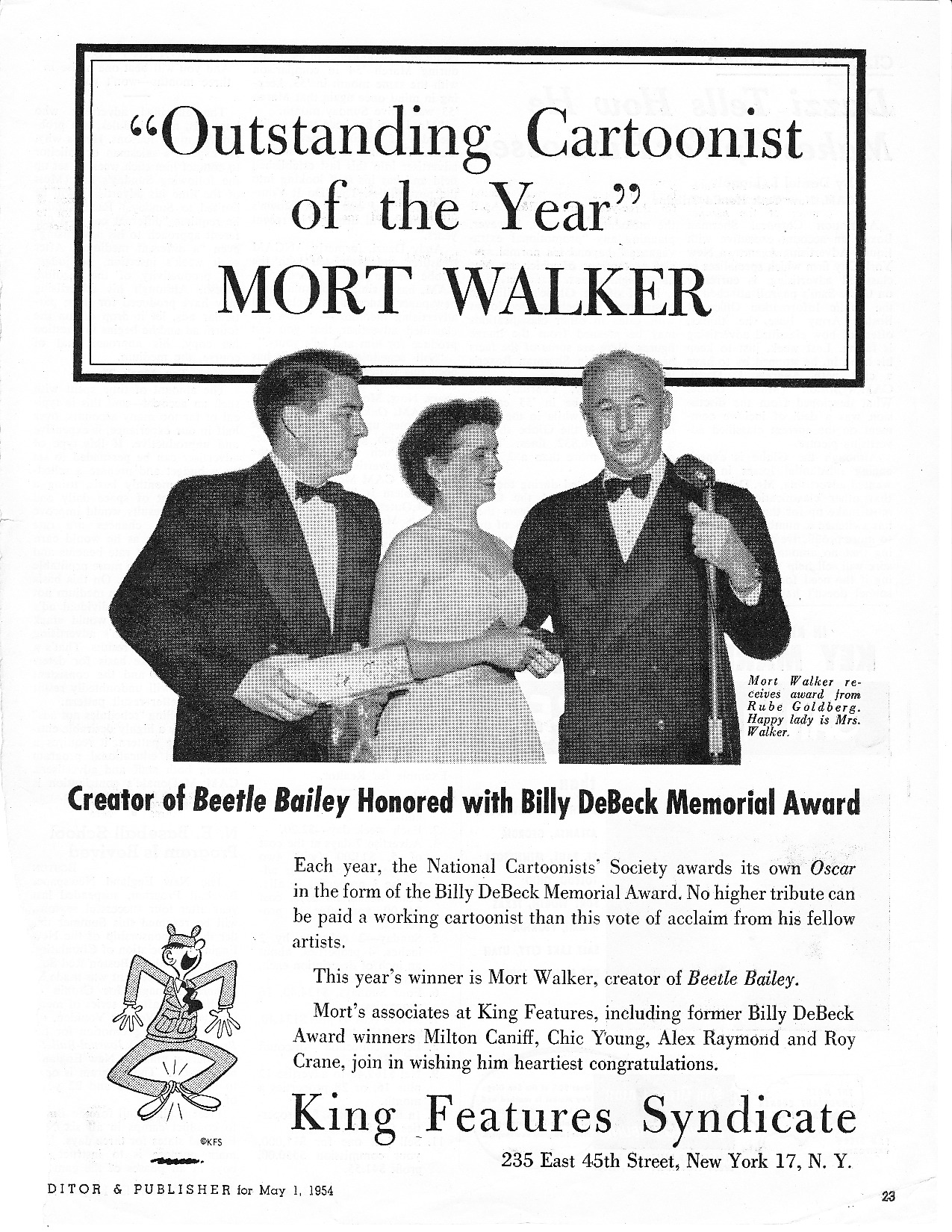 Mort Walker was honored by the National Cartoonists Society as the “Outstanding Cartoonist of the Year” for his work on Beetle Bailey in 1953.  The Billy DeBeck Memorial Award was presented to Mort at the Society’s annual April Dinner by DeBeck’s widow, Mary, in 1954. Below is the announcement of the award from King Features.

Previous recipients of the award, which was first given out in 1947, were Milton Caniff (Steve Canyon), Al Capp (Li’l Abner), Chic Young (Blondie), Alex Raymond (Rip Kirby), Roy Crane (Buz Sawyer), Walt Kelly (Pogo) and Hank Ketcham (Dennis the Menace). This was the last year the silver cigarette case, decorated with the characters from Barney Google and Snuffy Smith was given out by the N.C.S.  The next year, after Mary DeBeck passed away, the Reuben Award, named after the Society’s founder, Rube Goldberg, was presented to sports cartoonist Willard Mullin.

Six months after receiving this prestigious honor, Mort launched  Hi and Lois, with Dik Browne as the artist.  The strip grew in popularity and had 300 newspaper clients by the end of the decade.

In 1960, Dik Browne was given the plaque for “Best Comic Strip Artist of the Year” by the National Cartoonists Society for his work on Hi and Lois in 1959. 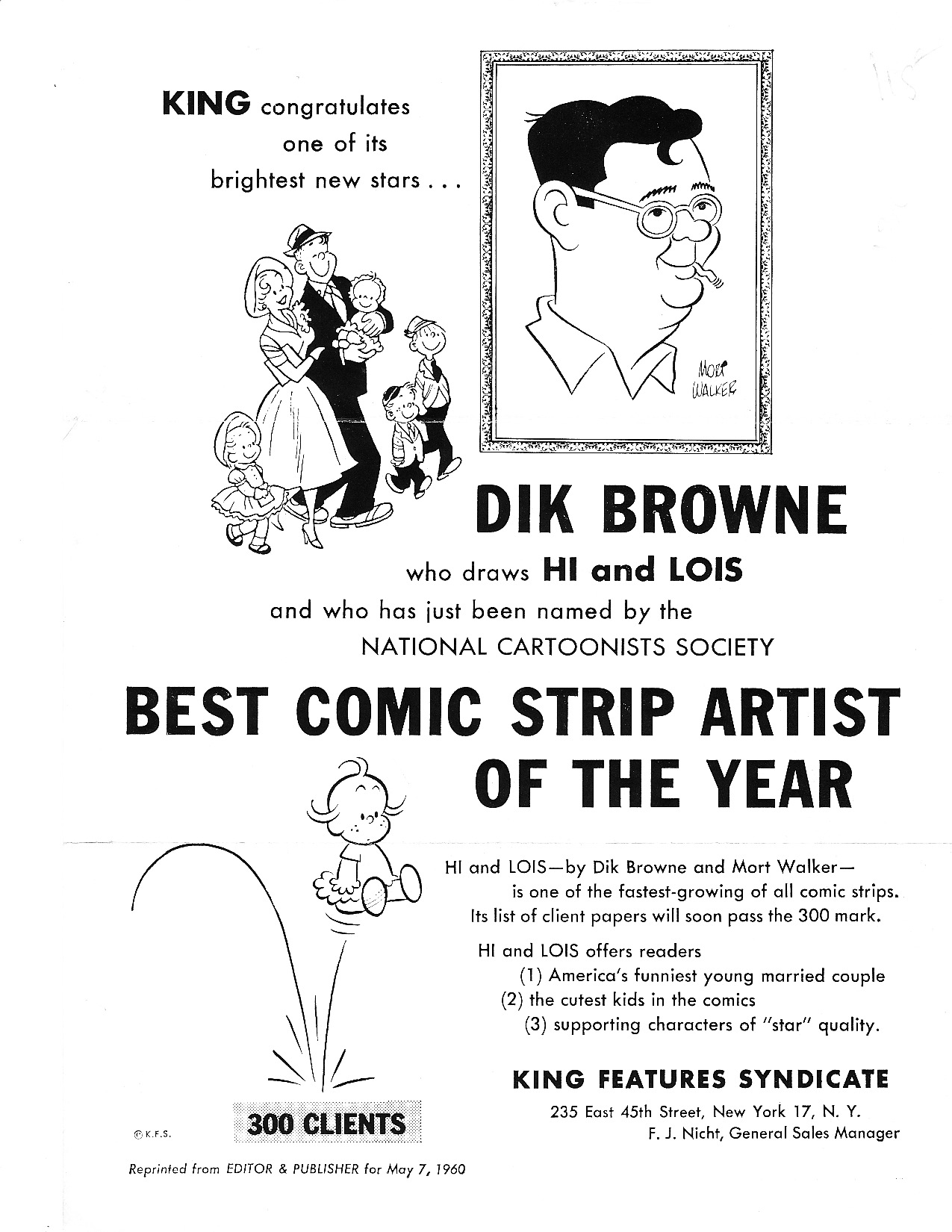 In 1962, Dik was given the Reuben Award as the “Outstanding Cartoonist of the Year” by the N.C.S.  Although Mort and Dik were co-creators of Hi and Lois, the awards, at that time, were presented only to the artist on the strip.  Dik won the Reuben a second time, in 1973 for his work on Hagar the Horrible.

For more information about the history of the National Cartoonists Society and a complete listing of all their awards go to:  reuben.org