Dik Browne started working for the Johnstone and Cushing advertising agency in the late 1940s where he did a series for Vaseline starring the Trouble Twins.

In the early 1950s, Boys’ Life hired the agency to produce a color comic section for the magazine.  Among the features were Pee Wee Harris, Stories from the Bible, Space Conquerors, Heroes of Legend and Rocky Stoneaxe.

One of the most popular of the Boys’ Life comics was The Tracy Twins by Dik Browne.  It started as a full-page feature in late 1953, was modified to a half-page format in the early 1960s and continued into the early 1970s. Here is the earliest episode we have found, from October 1953. 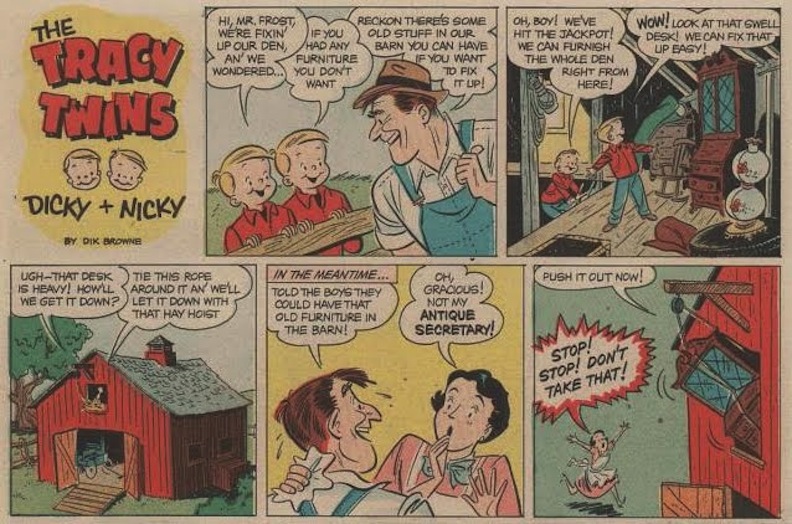 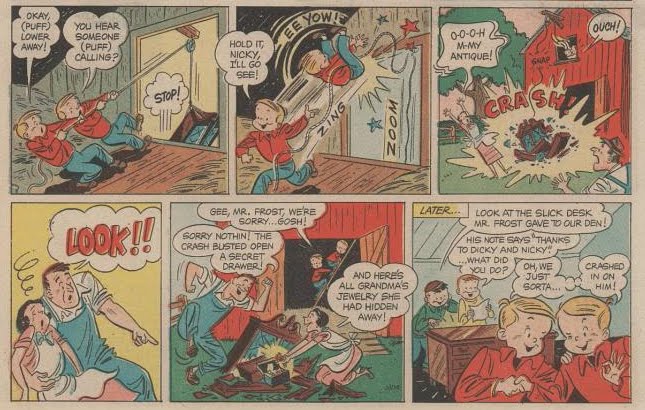 In 1954, Mort Walker and King Features comics editor Sylvan Byck were searching for an artist to draw Hi and Lois and they discovered Dik’s work in Boys’ Life.  Dik was at the top of both of their lists and was hired for the job.  Hi and Lois debuted on October 18, 1954.  Dik’s early work on the strip closely resembled his style on The Tracy Twins.