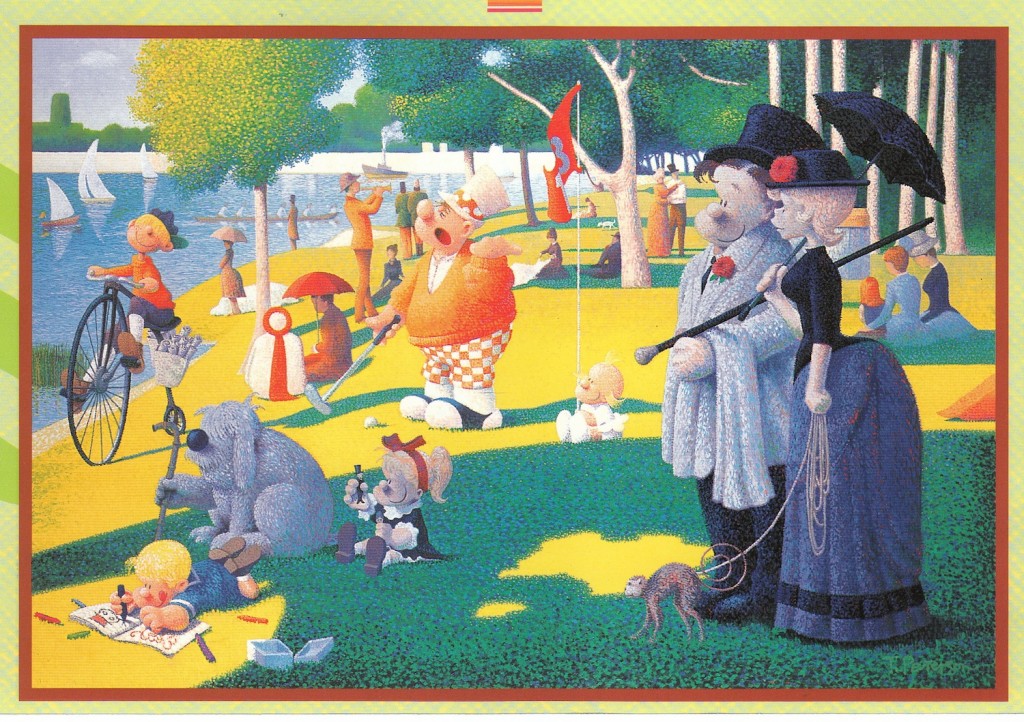 In 1995, King Features Syndicate commissioned scenic artist Terry Peterson, a veteran of the Walt Disney Studio, to create a series of “cartoon masterpieces” based on famous works of fine art. These large acrylic paintings, featuring many of the most popular King characters, including Popeye and Olive, Blondie and Dagwood, Beetle and Sarge, Andy Capp, Hagar, Dennis the Menace and the Family Circus, were reproduced in the 1995 King sales brochure celebrating the centennial anniversary of newspaper comics.

The Hi and Lois masterpiece painting was inspired by “A Sunday on the Island of Grande Jatte” which was completed by George Seurat in 1884.  This is an outstanding example of “pointillism” a technique that uses miniature dots to create a colorful and stunning effect. 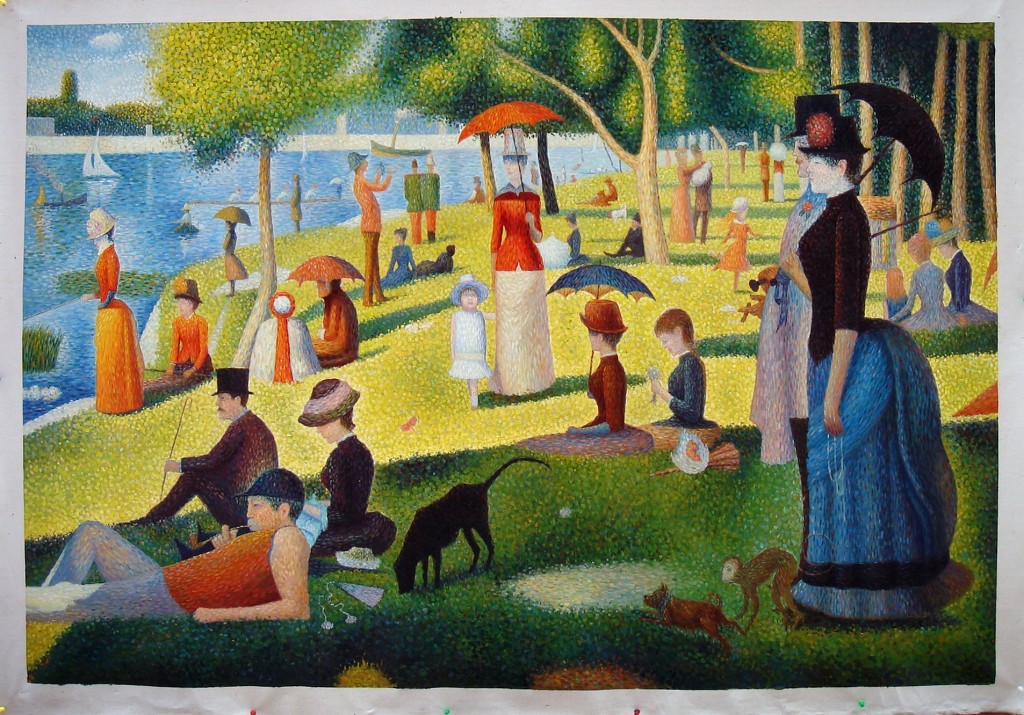 The Seurat painting, which measures 2×3 meters, hangs in the Art Institute of Chicago. It was also the inspiration for “Sunday in the Park with George,” the 1984 Broadway musical by Stephen Sondheim and James Lapine.

The original Hi and Lois masterpiece hangs in the King Features offices in New York.

For more examples of Terry Peterson’s artistry go to: http://terrypeterson.net/