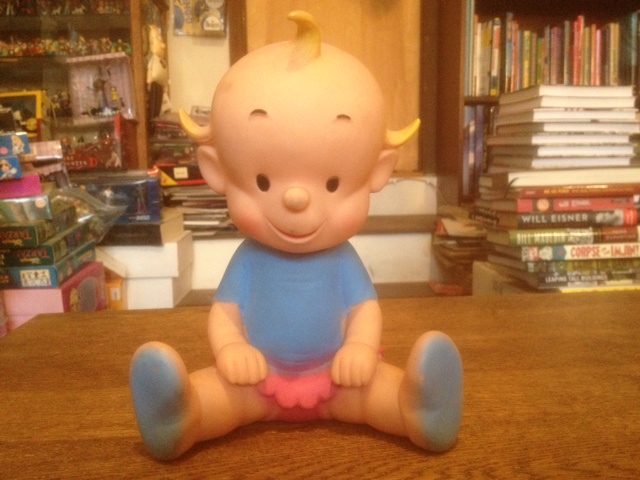 Over the years, Hi and Loishas had a relatively modest merchandising program.  There have been some unique licensed products however, including book collections of the syndicated comic strips, limited-edition prints, coloring books, board games and dolls.

The rarest Hi and Loisitem is a Trixie doll made in the early 1960s.  I have only seen three of these show up on the collectibles market.  I own two and Chance has one.  She is 7.5” tall and 5.5” wide. The other one I have has a completely blue outfit. We believe these are prototypes and the doll was never manufactured, but we don’t know for sure.  Chance has memories of his father working on a clay sculpture of this figure when he was young.  She is a very accurate, three-dimensional replication of Trixie as she appeared in the strip at that time. 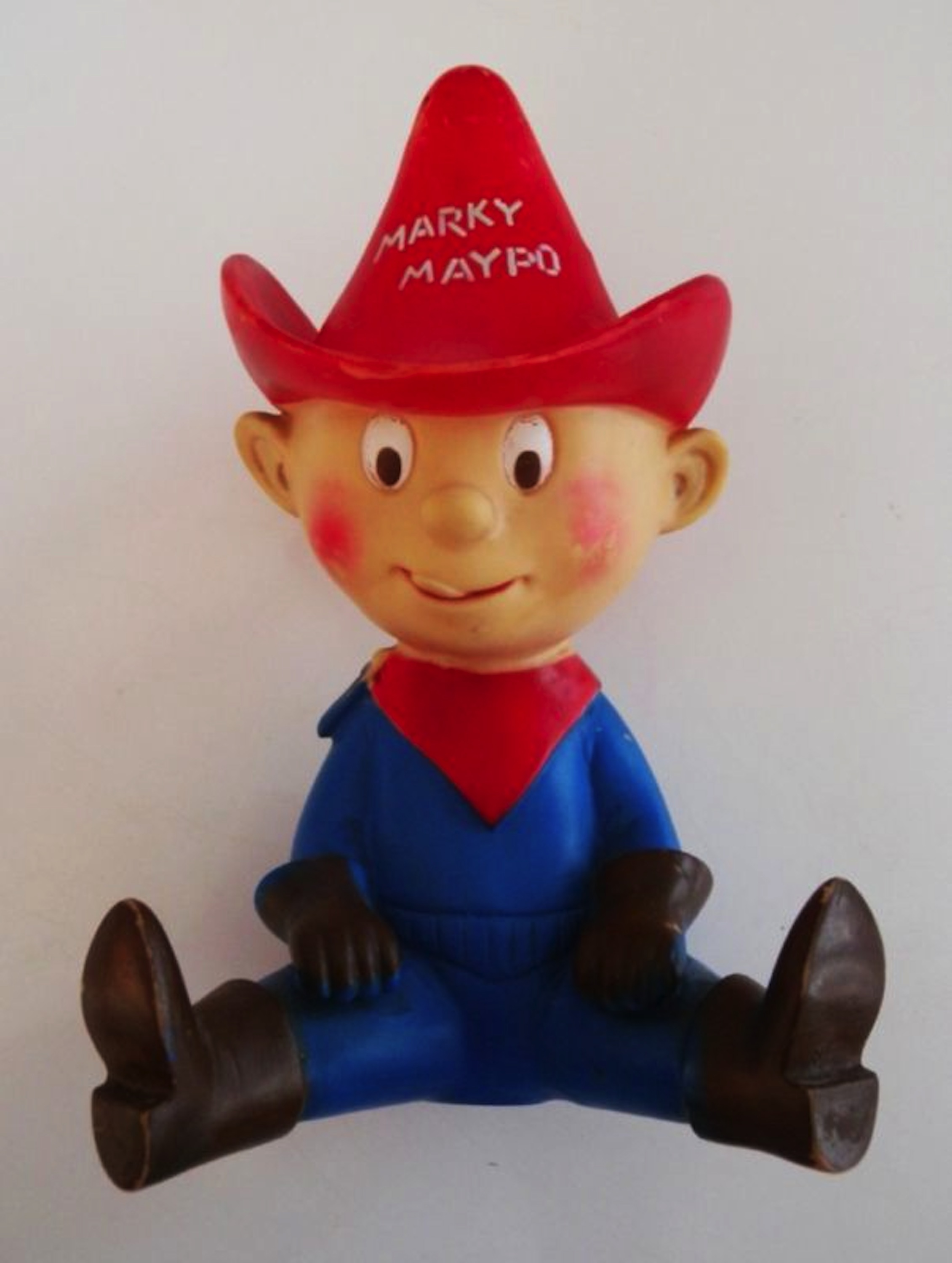 The Trixie figure is very similar to a Marky Maypo doll that was also produced in the early 1960s.  Both of these figures presumably came with a plastic dish that fit under their hands.

Maypo was a brand of maple-flavored oatmeal, first produced by the Malted Corporation in Burlington, Vermont in 1953.  In a series of commercials designed by John Hubley in 1956, Marky would utter his famous catch-phrase, “I want my Maypo.”

One of the Marky Maypo figures sold at Hake’s for $141 in 2006.  My estimate for the value of the Trixie doll is much higher, due to its rarity.  If you have the good fortune to come across one, you have truly found a priceless treasure! – Brian Walker