Ask the Archivist: THE LITTLE KING Stand-In, THE AMBASSADOR

This post is in answer to a few requests received last year, to see some samples of an unusual event in strips, a sort of prototype that was intended to have a limited run. This was the case of Otto Soglow’s popular and long-lived strip, THE LITTLE KING, which began as a series in The New Yorker in 1931, where readers were enthralled with the antics of the taciturn but playful monarch from the start.

The Hearst Corporation knows a good thing when it sees it, and by mid-1933 we wanted to hire on and develop a Sunday strip for the popular new character before any rivals could. And we did — sort of. The problem was, Soglow had signed an iron-clad contract with The New Yorker, and could not get out of it for many more months.

Instead of just waiting until then, an interim, almost LITTLE KING was put in place. Soglow created THE AMBASSADOR, who could have been His Majesty’s brother, or at least a cousin. He doesn’t look much like the King, but his behavior is right on the mark for the same foolish shenanigans. 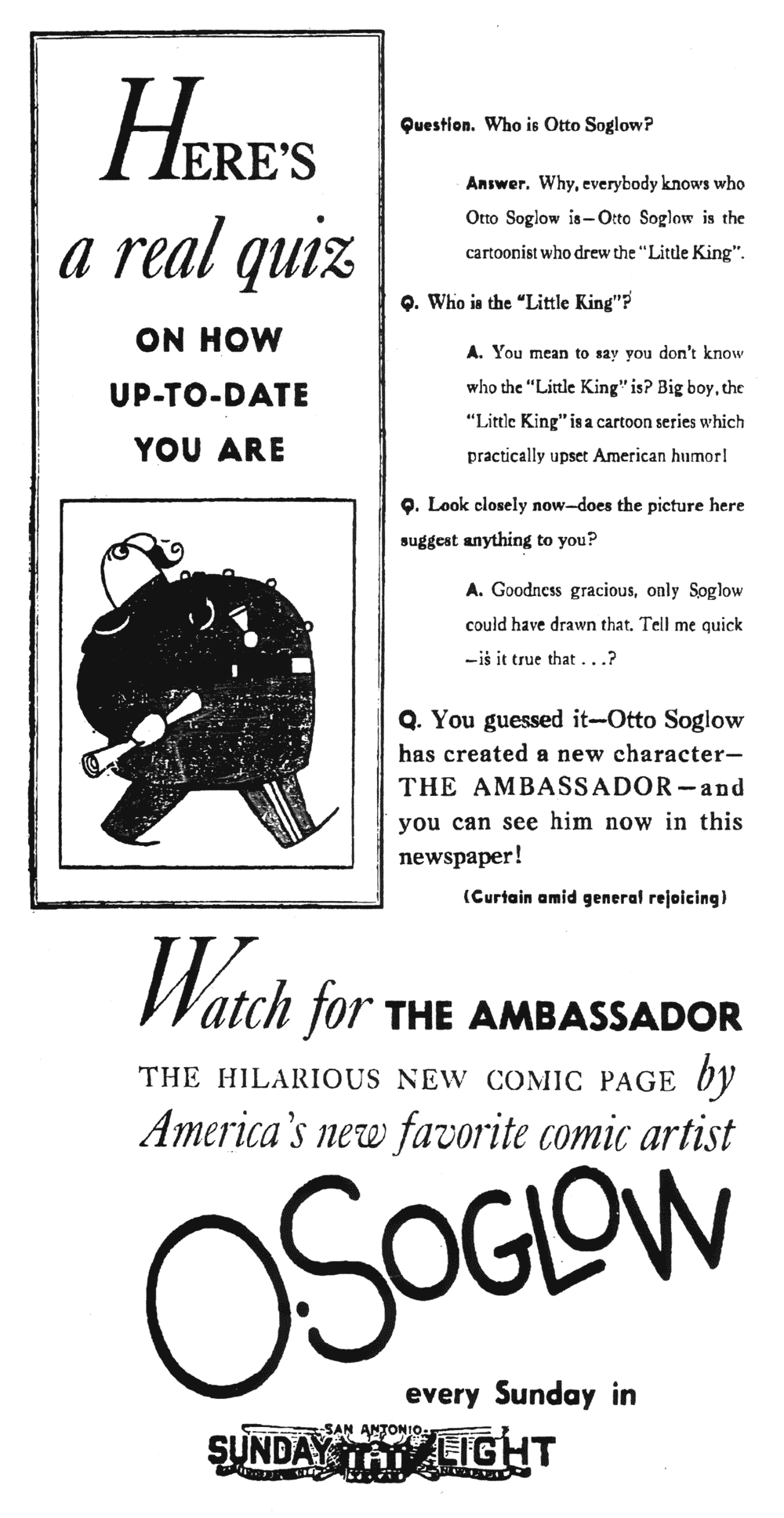 Just in case anyone missed the connection, this promo spells it all out. Note that Soglow’s name alone is more of a selling point than the new feature’s title. 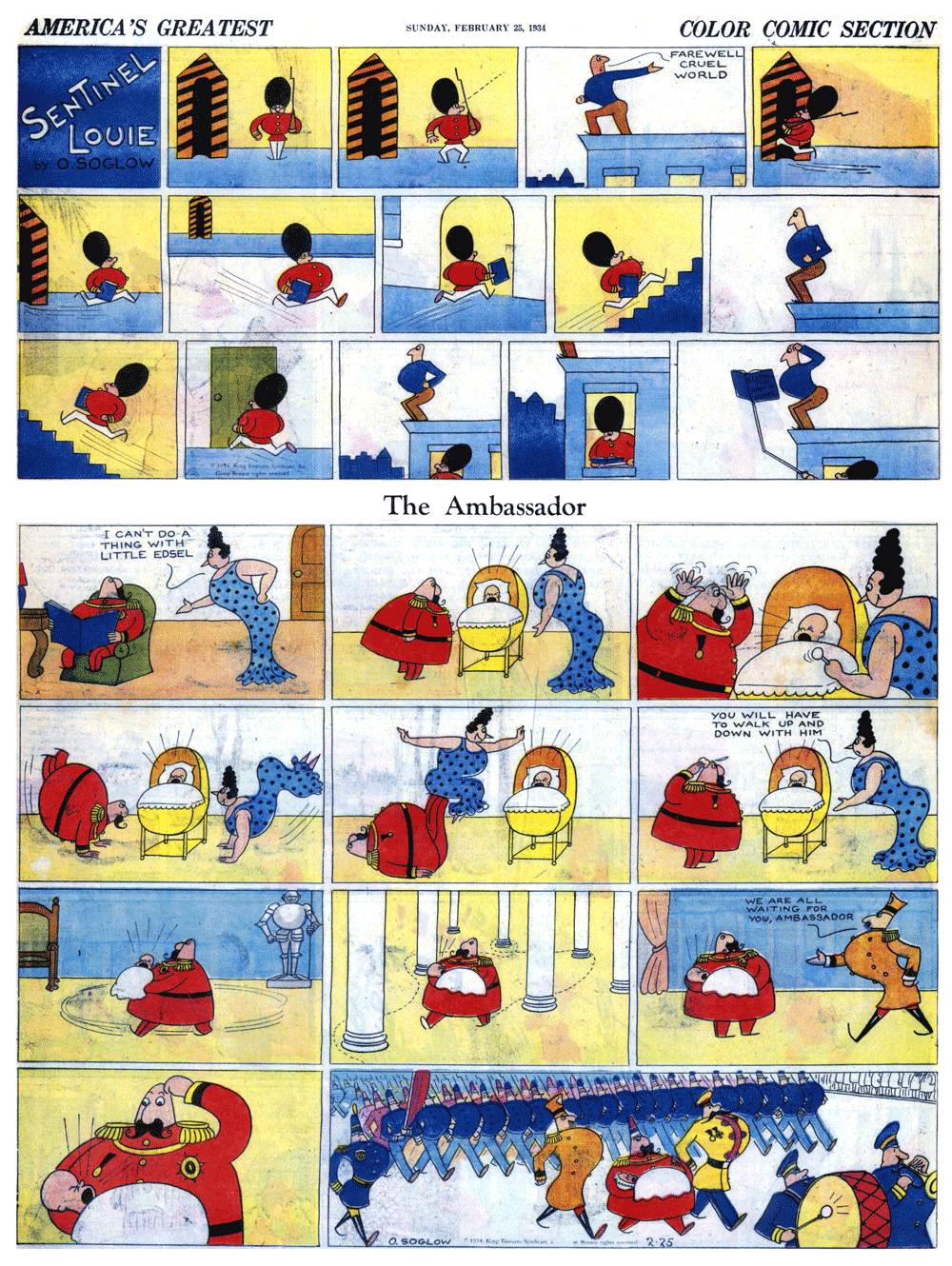 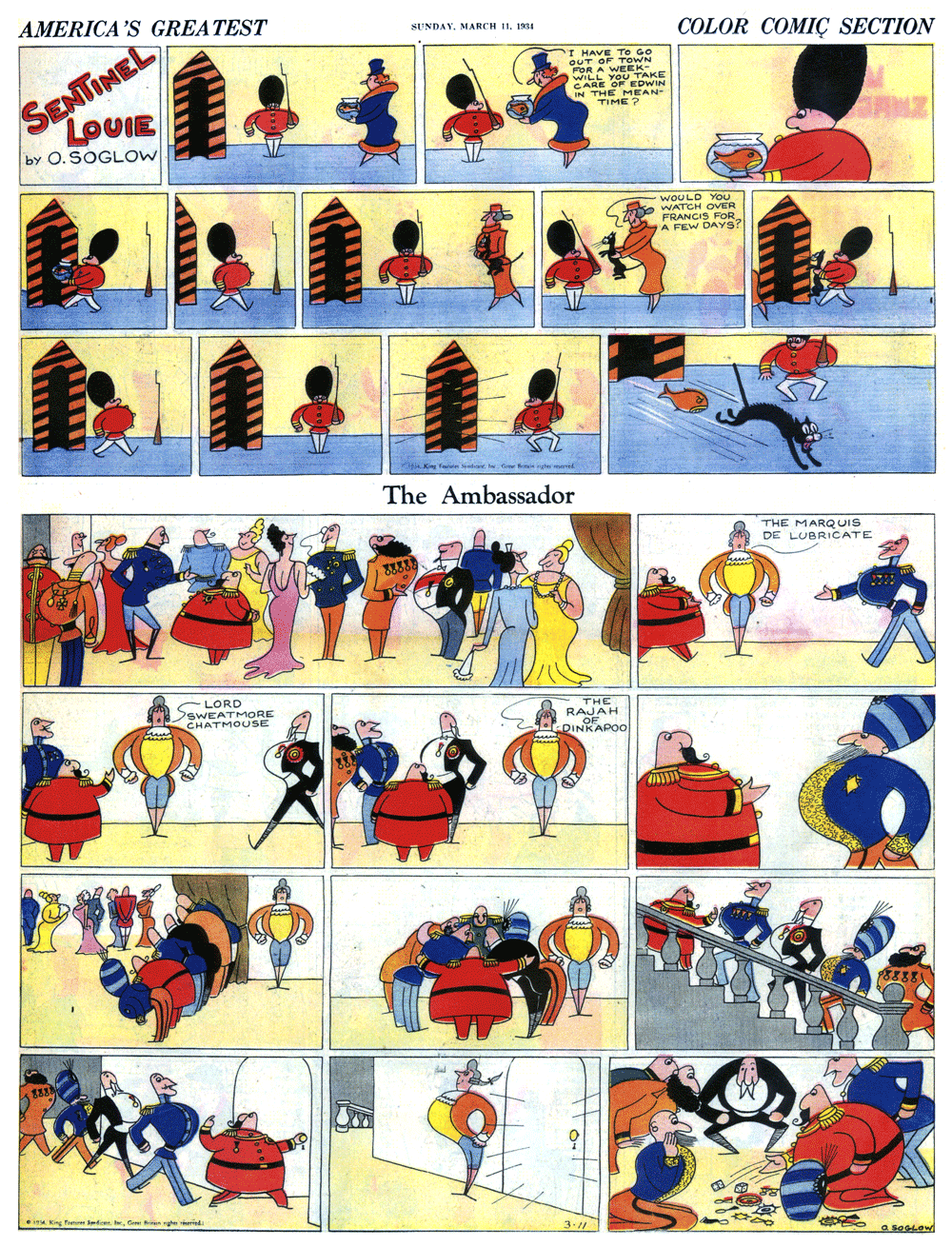 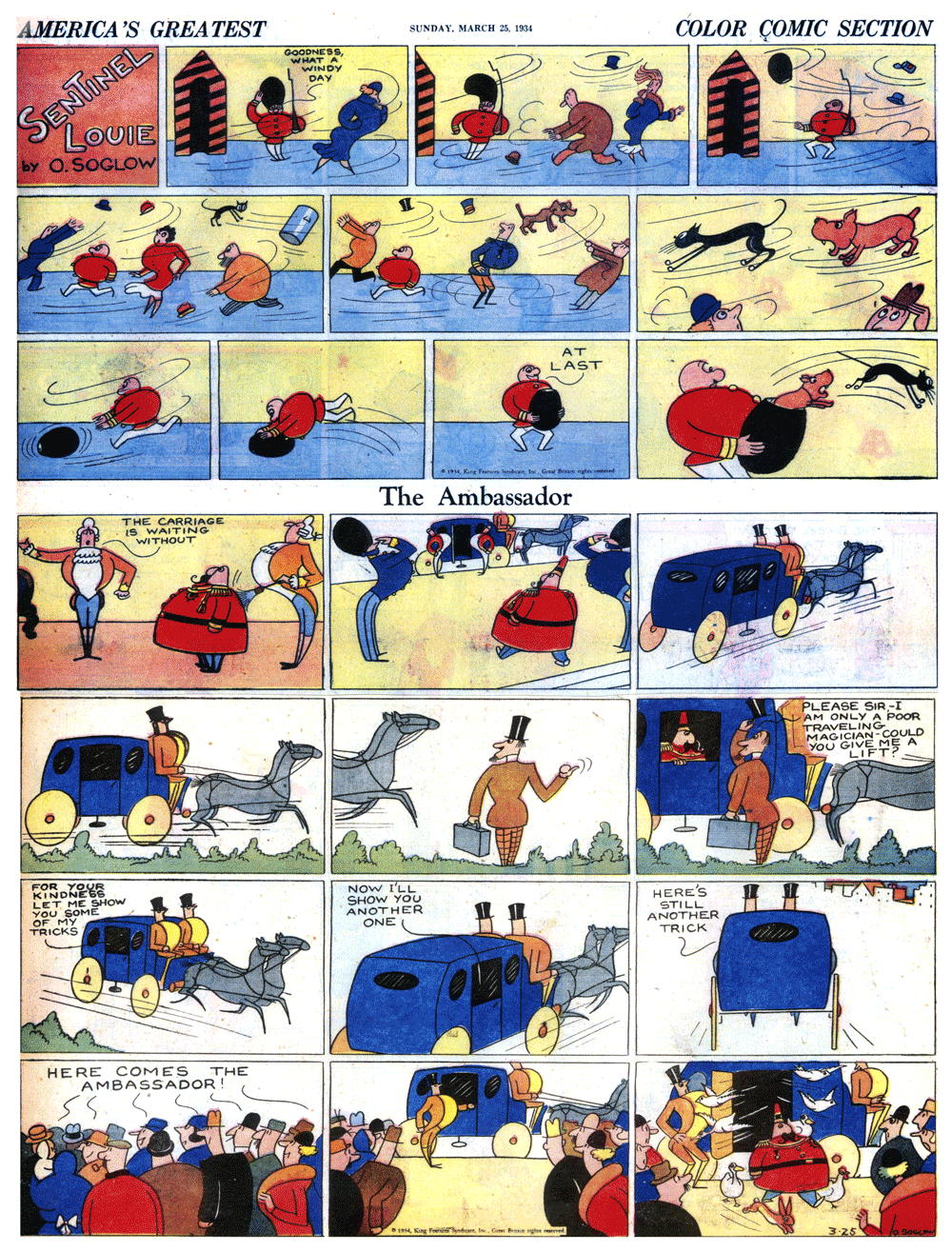 The Sunday-only feature was joined by SENTINEL LOUIE for a top strip, and ran from November 1933 to September 1934, when Soglow was finally relieved of his New Yorker obligation. THE LITTLE KING finally assumed his throne, and the Ambassador was recalled.  Louie stood his post until 1943, when King Features dropped several of the top strips.