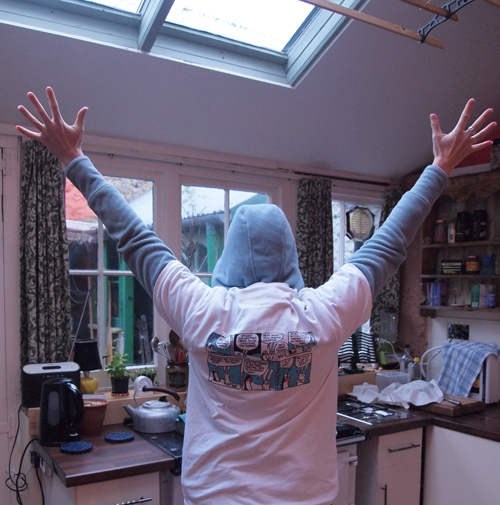 I had a nice surprise in the post this morning – John Zurawski of Authentify, sent me a couple of T-shirts with Arctic Circle on them. He had emailed the following and asked about the possibility of putting the strips on some promotional t-shirts:

I work for an smallish (35 employees)  Internet Security company.  We’re constantly pointing out some of the obvious dangers of the Internet to our customers and prospects.  I positively loved your Artic Circle comics of this past April 17th and 18th.  (with the expected outcome on the 19th/20th – but the 17th and 18th were the best.)
Three breeding pairs of Phoenixes… you’re a genius!

I referred him to the permissions department at King Features and we now have T-shirts. They look great (though I am a little distressed at the size of an American “medium”, *ahem*….)! 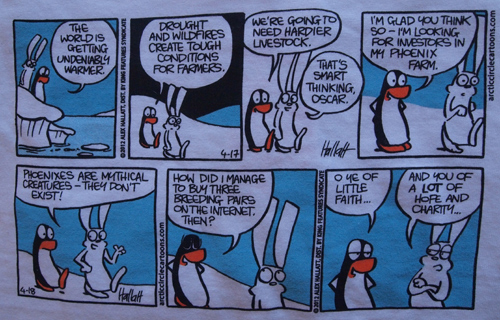