Apropos of all the calendar talk lately, I’ve realized that, a little after noon today, it will be 12:12 on 12/12/12. Is there something cosmic about that? I know the numbers won’t line up like that again until 1/1/01, eighty-nine years from now. So if it means something, now’s the time.

More importantly, today marks another year for the durable KATZENJAMMER KIDS, as the world’s oldest comic grows another year.

One hundred and fifteen years ago, Rudolph Dirks contributed the strip below to the early Hearst Sunday comic section in the New York Journal. The kids, and even the art style, is inspired by Wilhelm Busch’s classic 19th century children’s classic, MAX UND MORITZ.  In the first so many entries, there were three Katzenjammer kids. They also had a father who soon disappeared, and for several years, rotten little Hans and Fritz exclusively pulled pranks on Mamma. The addition of Der Captain in 1902, and the Inspector in 1905, changed the focus of their wrath and launched a century of laughs and destruction. 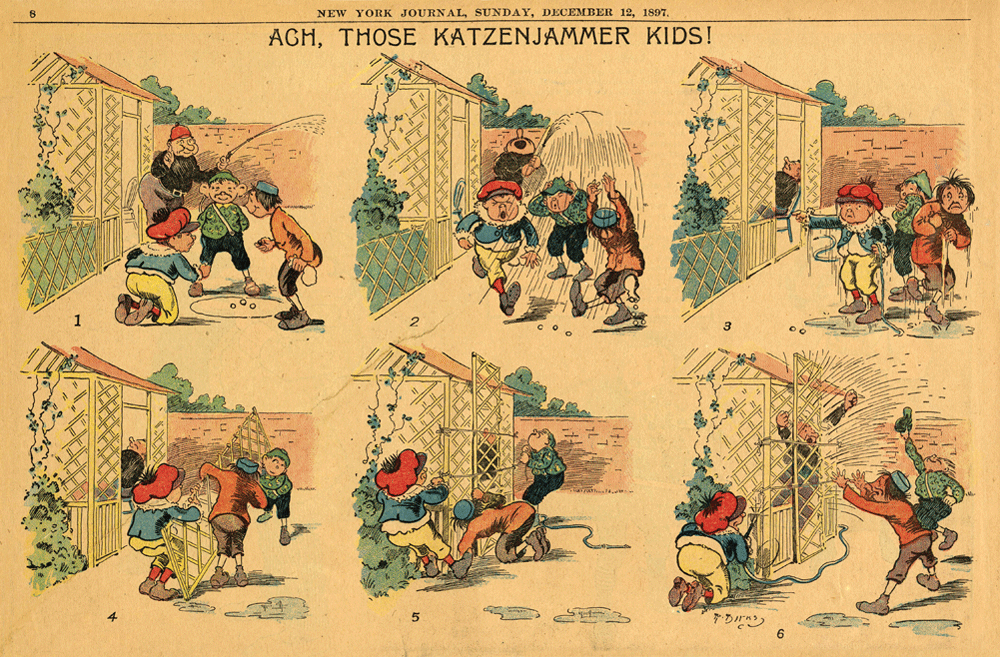 The “Katzies” are the only strip stars to exist in three different centuries, and perhaps they can make it to a fourth. When that happens, I’ll keep you posted.