Ask The Archivist: What A Guy!

Today’s blog marks another anniversary—this time about another Bill Hoest strip—for the short-lived “WHAT A GUY!,” which ran from 1987 to 1996.

With the success of of THE LOCKHORNS and AGATHA CRUMM, (see my blog of August 22, 2012), King Features launched a third Hoest series about the unlikely subject of a first grade boy who aspires to be a high finance corporate type. Apparently, Hoest was fascinated by the lives of those with great wealth, and Guy is a sort of Agatha Crumm-wannabe.

The lad’s full name was Guy Wellington Frothmore,  the son of a super Yuppie, Upper West Side New York power couple, as well as a broad caricature of what a money-obsessed prodigy tot might be. He’s dressed like the littlest executive—right down to his tiny briefcase. It’s a sitcom, with sitcom expectations.

Guy somehow knows all about banking, credit, retirement, as well as other grown-up things like gourmet dining.

Most of the humor springs from his saying adult things, usually clichés, adapted for child situations. Hey, it works for the New Yorker. 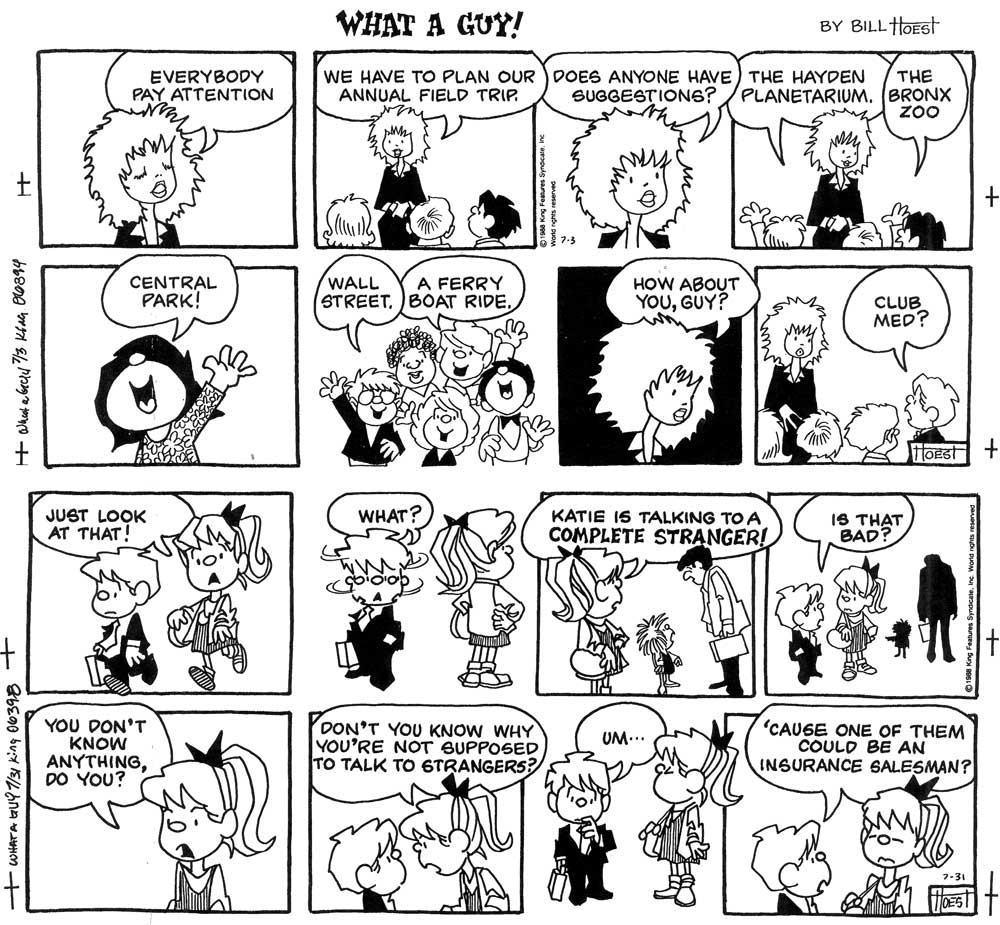