Today I’ll show off an old King Features internal publication, in this case, “King-Size Small Talk,” which was published with small nuggets of news of interest to syndicate sales employees, though its use as a advertising tool is apparent.

I don’t know how often or long it was published, this being No. 14, and at present I have no other issues. This one was probably published in December 1961, the month after the Banshees had their party honoring Roy Crane.

The Banshees was a group of several hundred newspaper editors, columnists and business executives. They would get together at the Waldorf-Astoria Hotel here in New York, and annually fete the best newspaper writer or cartoonist.

The award, known as the “Silver Lady,” was a statuette of a beautiful woman and a goblin-like little man longingly looking up at her. It was fashioned with a scroll between them which was inscribed with the recipient’s name. They would make a huge party of it, often celebrating with special guests such as ex-governor Tom Dewey and entertainers such as Milton Berle or Debbie Reynolds.

If ever a cartoonist deserved such recognition, Roy Crane was that man. I’m glad that we have a good solid file of BUZ SAWYER available in the Vintage section, so more fans can access and appreciate his artistry. He was a true giant of strip history. 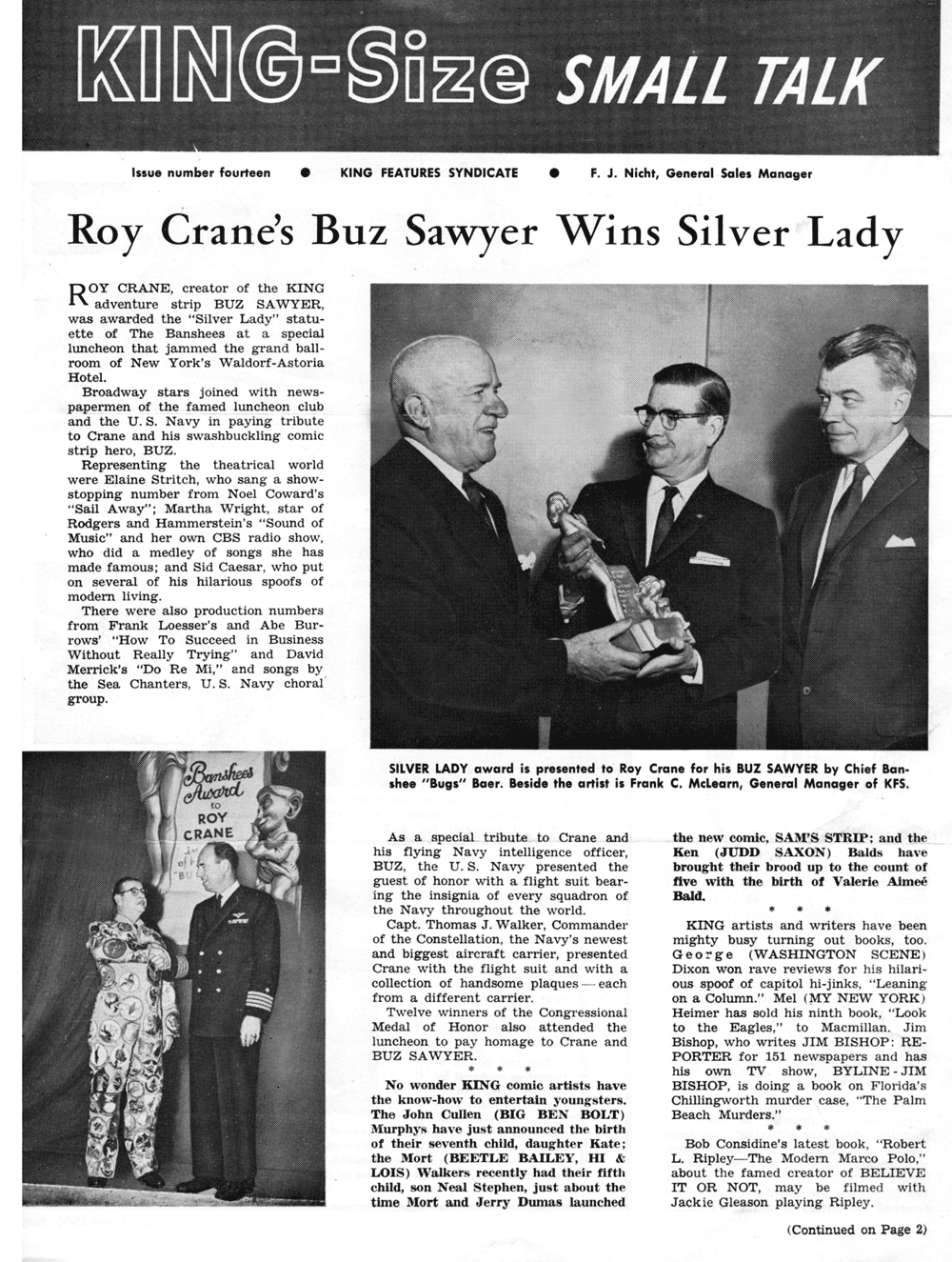 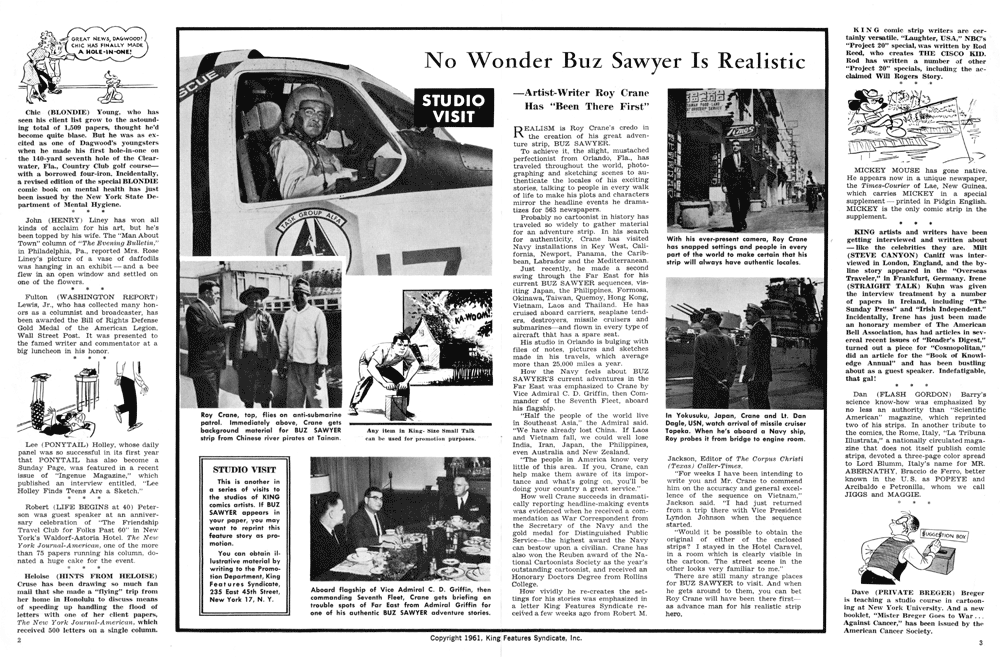 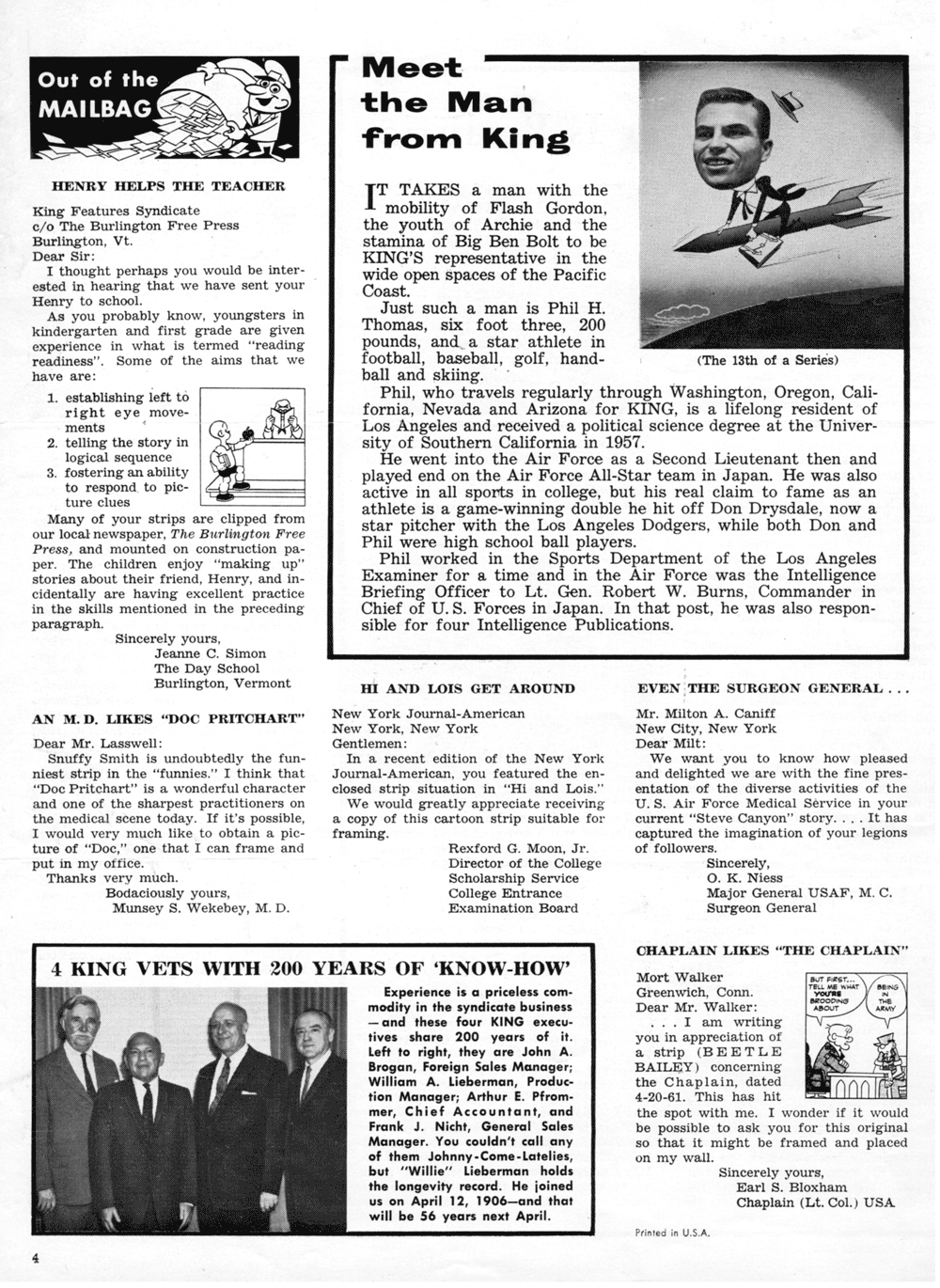 Glad you liked last week’s look at CAPTAIN KATE. We might do something with her in the vintage section, but nothing is currently planned. It’s one of those comics that never developed a solid fan base, then or now. That’s why it lasted only five years.

Next week, another anniversary to commemorate. You don’t have to bring a gift, just be here on time.