Ask the Archivist: 111 July Fourths Ago

For our special Independence Day blog, we present a Hearst comics section from the pre-earthquake San Francisco of 1901. The section is pretty much devoted to fireworks gags celebrating Independence Day. “THE KATZENJAMMER KIDS“ were the stars then. In those days, Hans and Fritz had yet to meet Der Captain or Der Inspector, and instead focused their wrath on Mama. 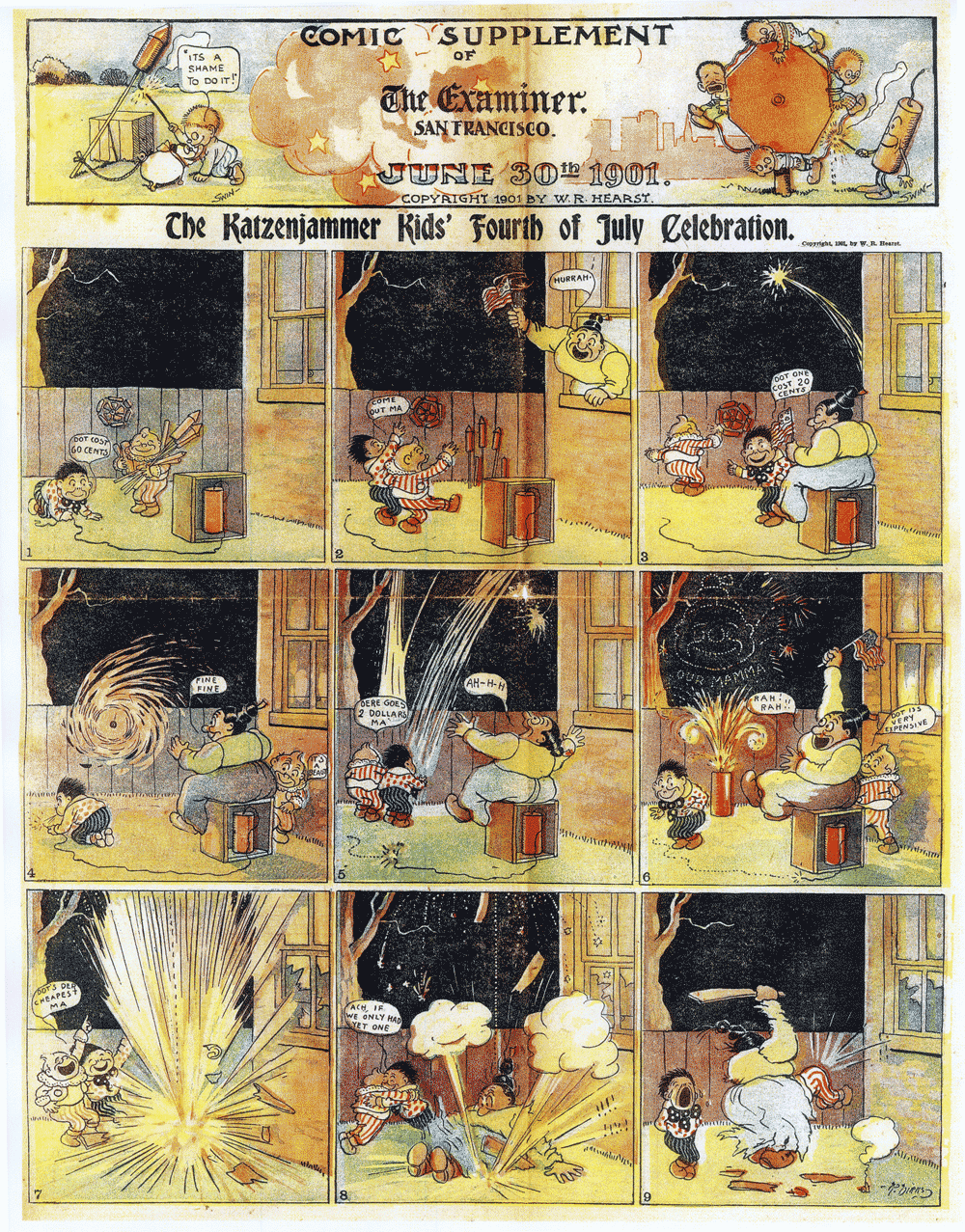 James Swinnerton’s bears had been appearing locally in the San Francisco Examiner since the early 1900’s, and by 1901 he (and the Hearst newspapers) had advanced to a syndicated section, though the ”LITTLE BEARS” had pretty much run their course, and soon to be replaced by “MR. JACK.” His leading series then was “NOAH’S ARK,” which was usually given a backcover spot in the section, as in this one.

“HAPPY HOOLIGAN” is shown typically trying to help someone out, and typically being repaid with pain and suffering. 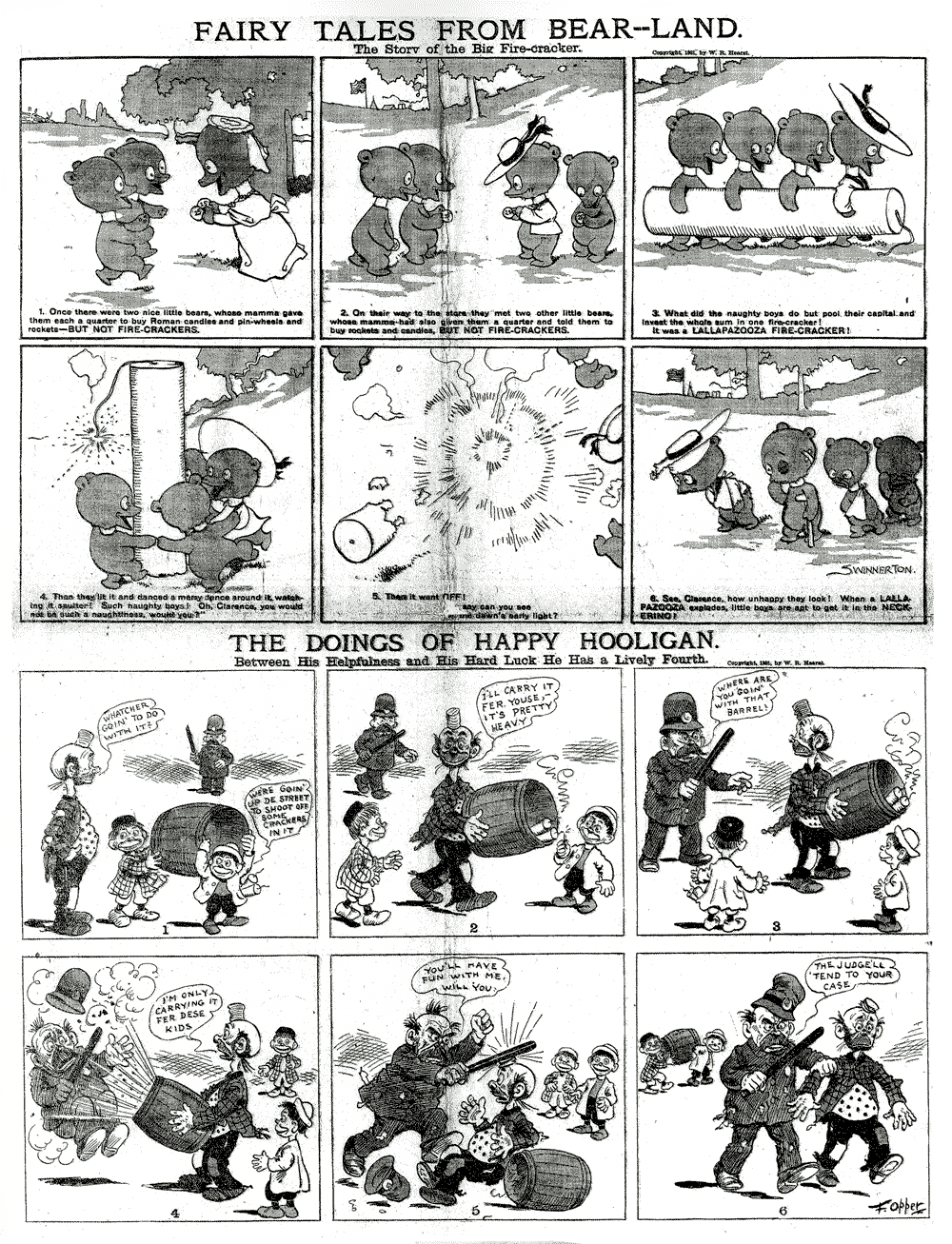 Opper’s  “MR. HENRY PECK” was a short-lived series in those really early years. It wasn’t unusual for a cartoonist to have multiple series at once.

The kids playing a practical joke is by C.R. Macauley, who later became a Pulitzer Prize-winning editorial cartoonist for the Brooklyn Daily Eagle. In the 1890’s-1900’s  era, comic syndicates still had one shots and fillers. When comic sections began, they often were seen as something akin to the cartoon magazines such as Judge, Life or Puck, offering lots of cartoon gags by various artists, some by outside contributors. Even though characters like The Yellow Kid were an obvious attraction for them, re-occurring characters took a few years to develop. By 1901, there were ever fewer of these one-shots showing up in Hearst’s newspaper sections. 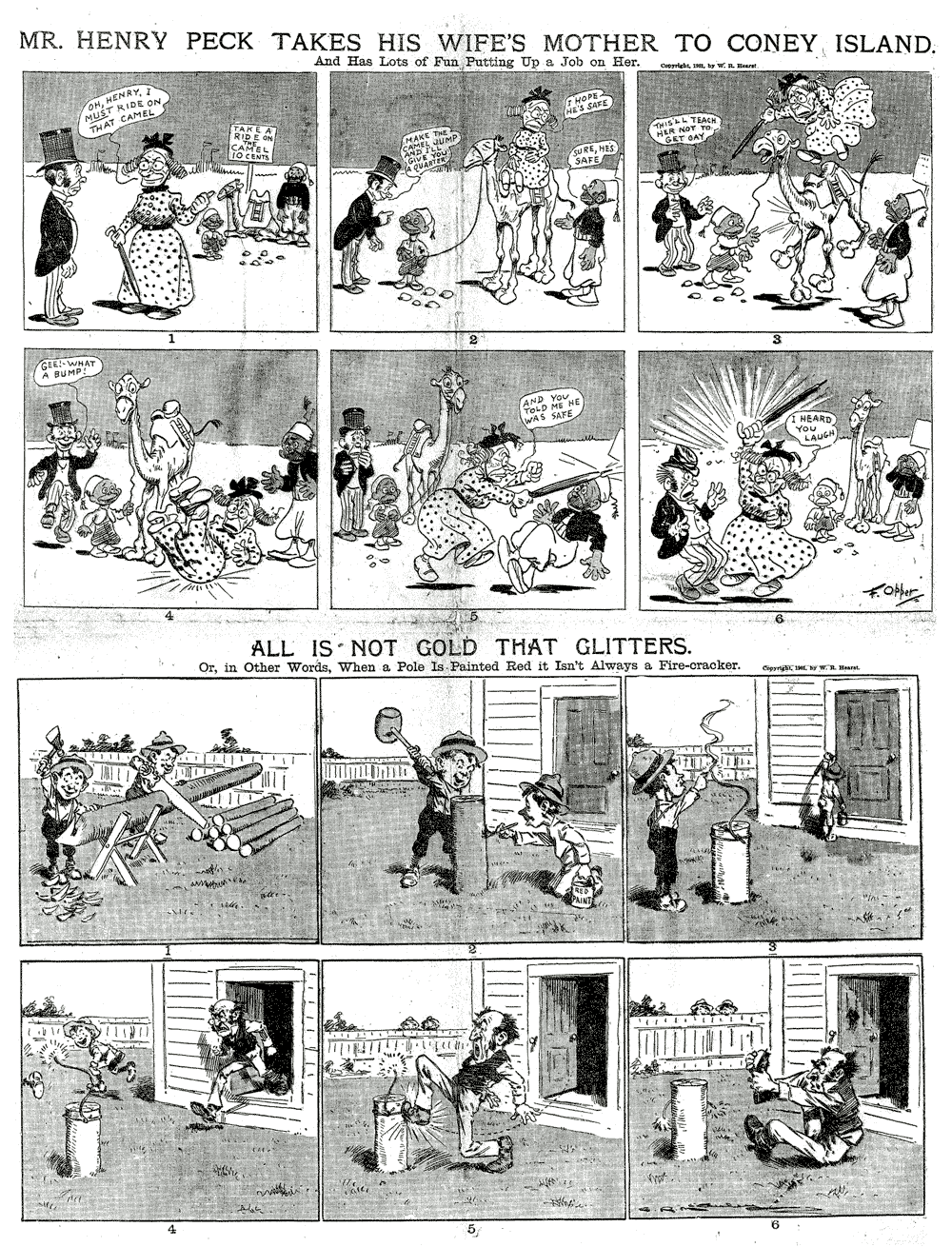 “BUGVILLE” was by Rudolph Dirks’ brother, Gus. Insects are pretty funny, aren’t they? His series is strongly reminiscent of others through the years, including Palmer Cox before and Harrison Cady after him. Hearst comics sections had color only on the outside, or front and back pages. Here, the middle pages are in black ink, but sometimes it would be blue or green. In a few years, two colors might be seen in the inside pages. 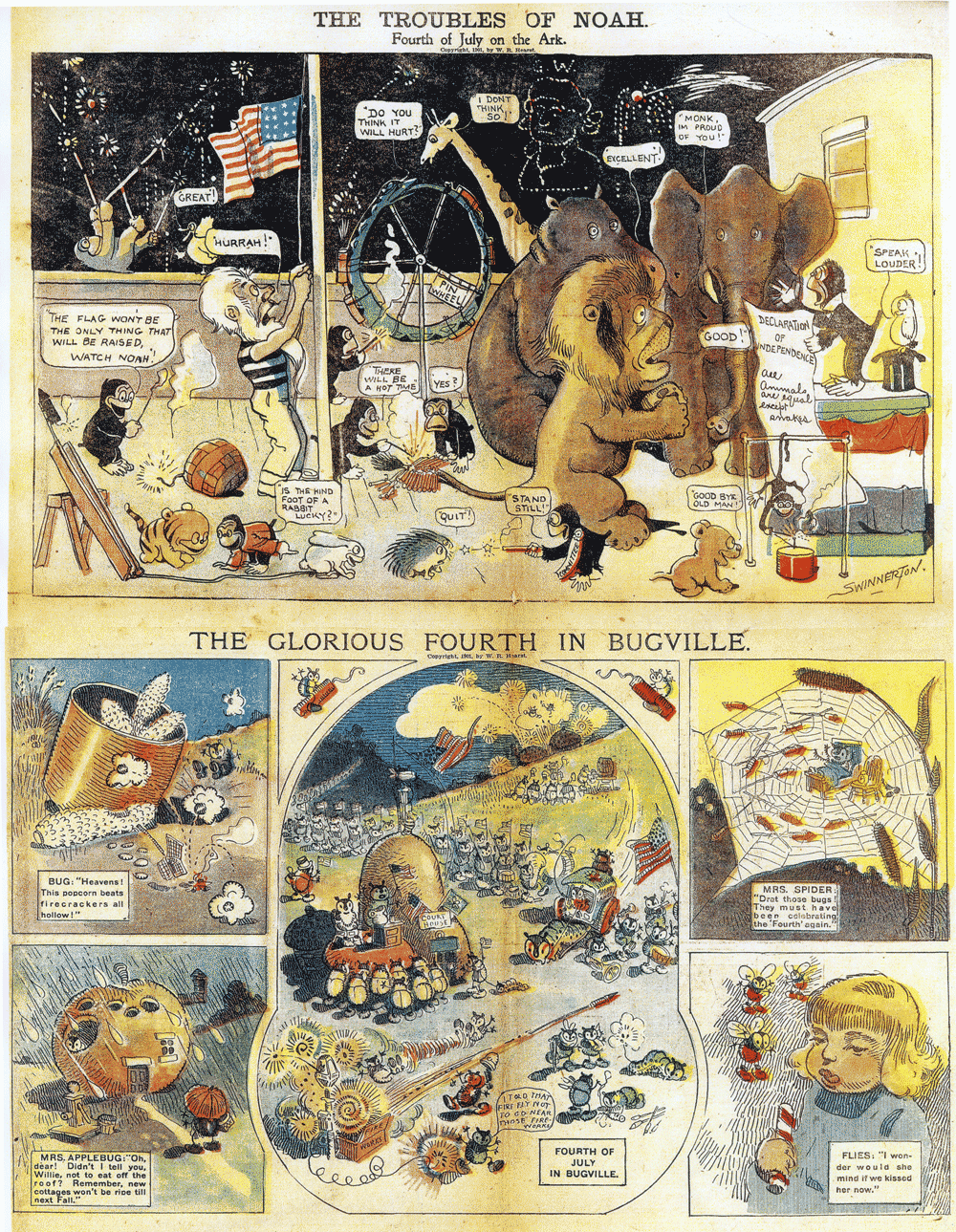 We hope you all have a great Independence Day. Be careful with giant fireworks, they might turn out to be tree stumps.