Ask The Archivist: This Week in Newspaper History

I read in the news last week that the storied New Orleans Times-Picayune will reduce their editions to three days a week, and it reminded me of another important event in newspaper history.

This week, an anniversary will pass that I’m sure few will be aware of. Seventy five years ago, an important newspaper ceased publication. The newspaper was the New York American, and it was Hearst’s flagship morning newspaper. 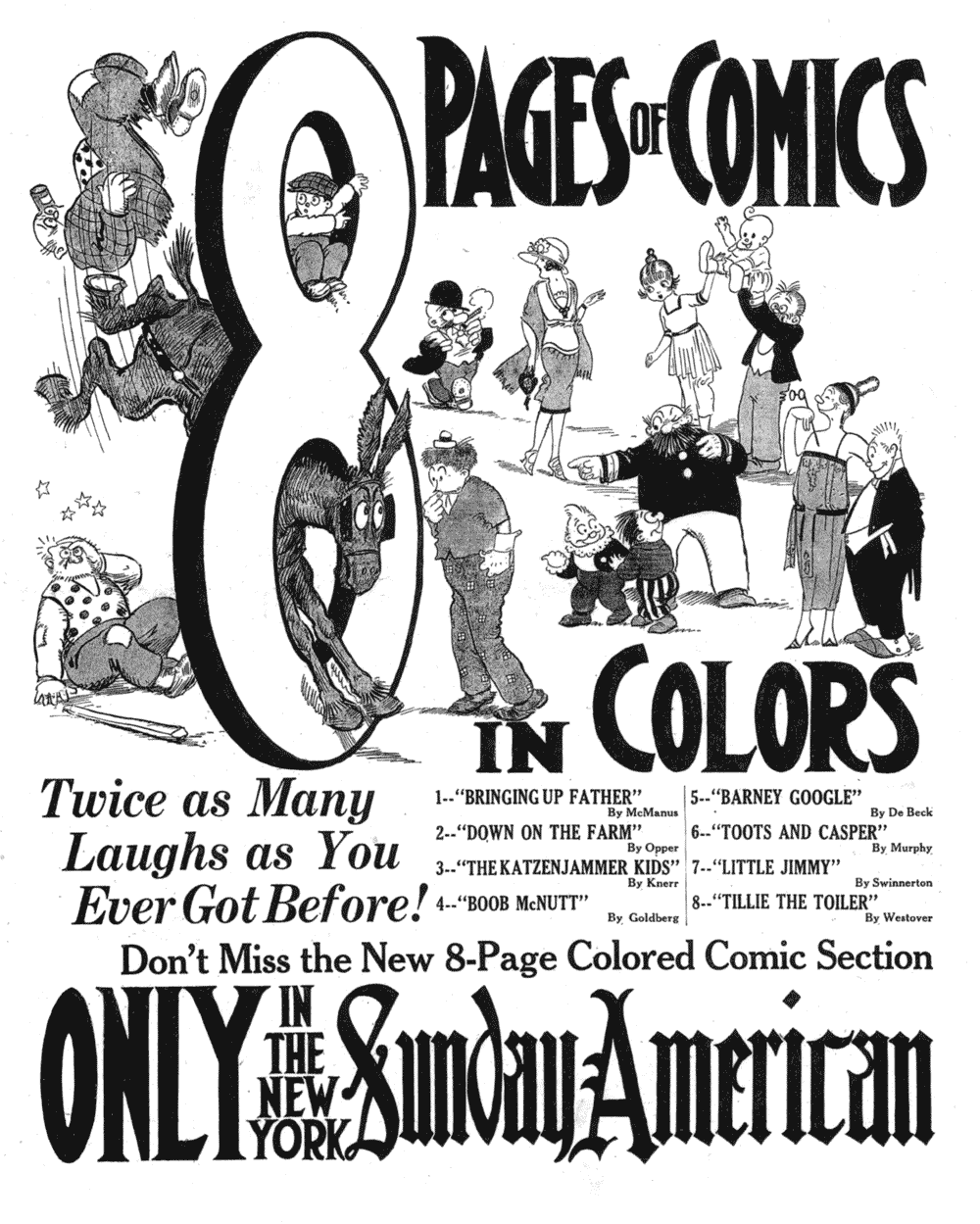 A 1922 ad for the expanded Sunday comic section.

The New York American had some strips that would often be designated for morning or evening newspapers in the chain. For instance, TILLIE THE TOILER or TOOTS AND CASPER would be “morning” strips and THIMBLE THEATRE and KRAZY KAT would be “evening” strips. 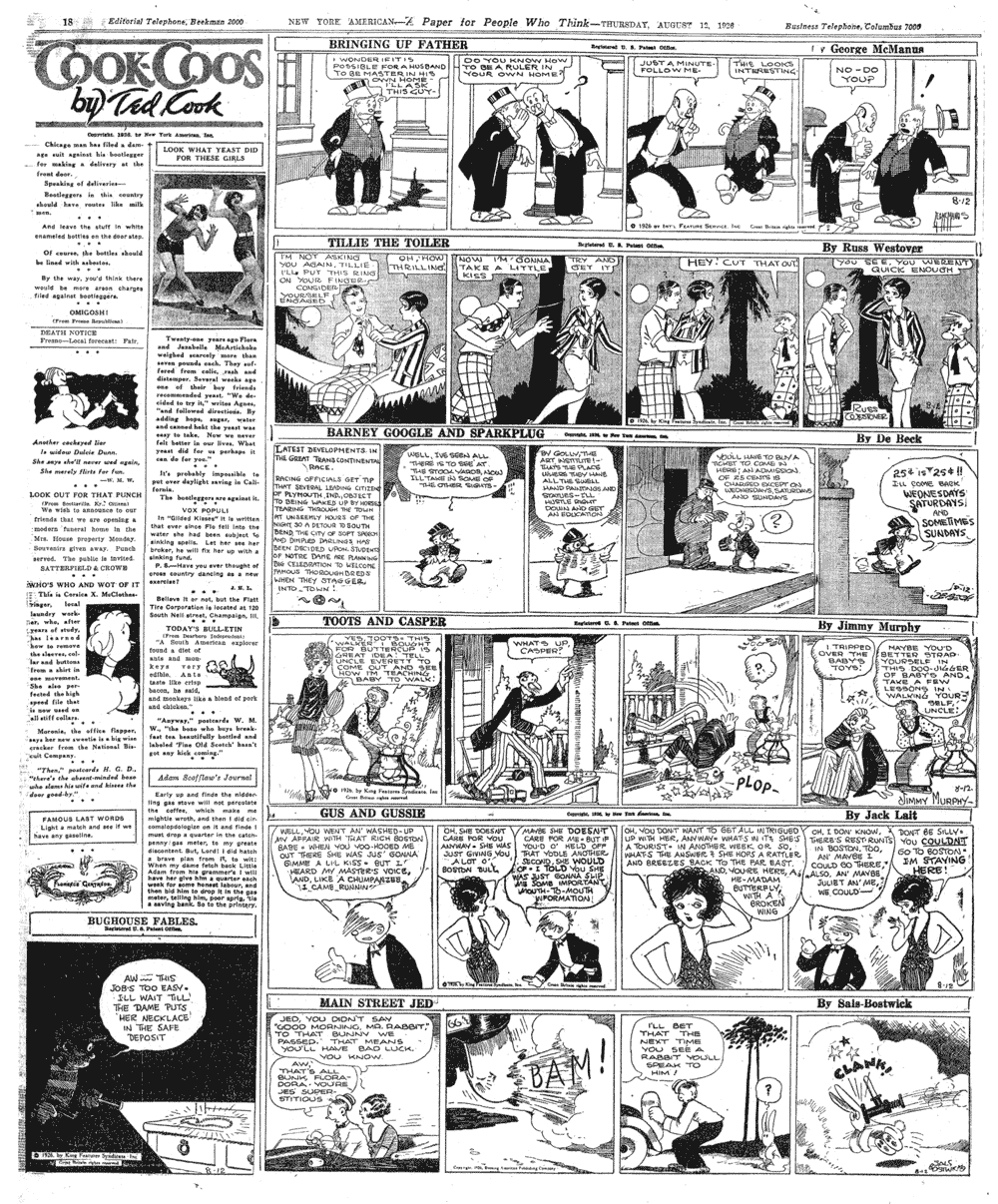 The Great Depression was hard on the newspaper industry.  Mr. Hearst had taken chances in the years before by expanding the chain. Unfortunately, many new titles didn’t succeed, especially in cities with more than one Hearst newspaper. In New York, there were three newspapers: The New York Daily American, the Evening Journal and the tabloid Mirror. The American drew the short straw, and ceased publication with its last edition on June 24, 1937. 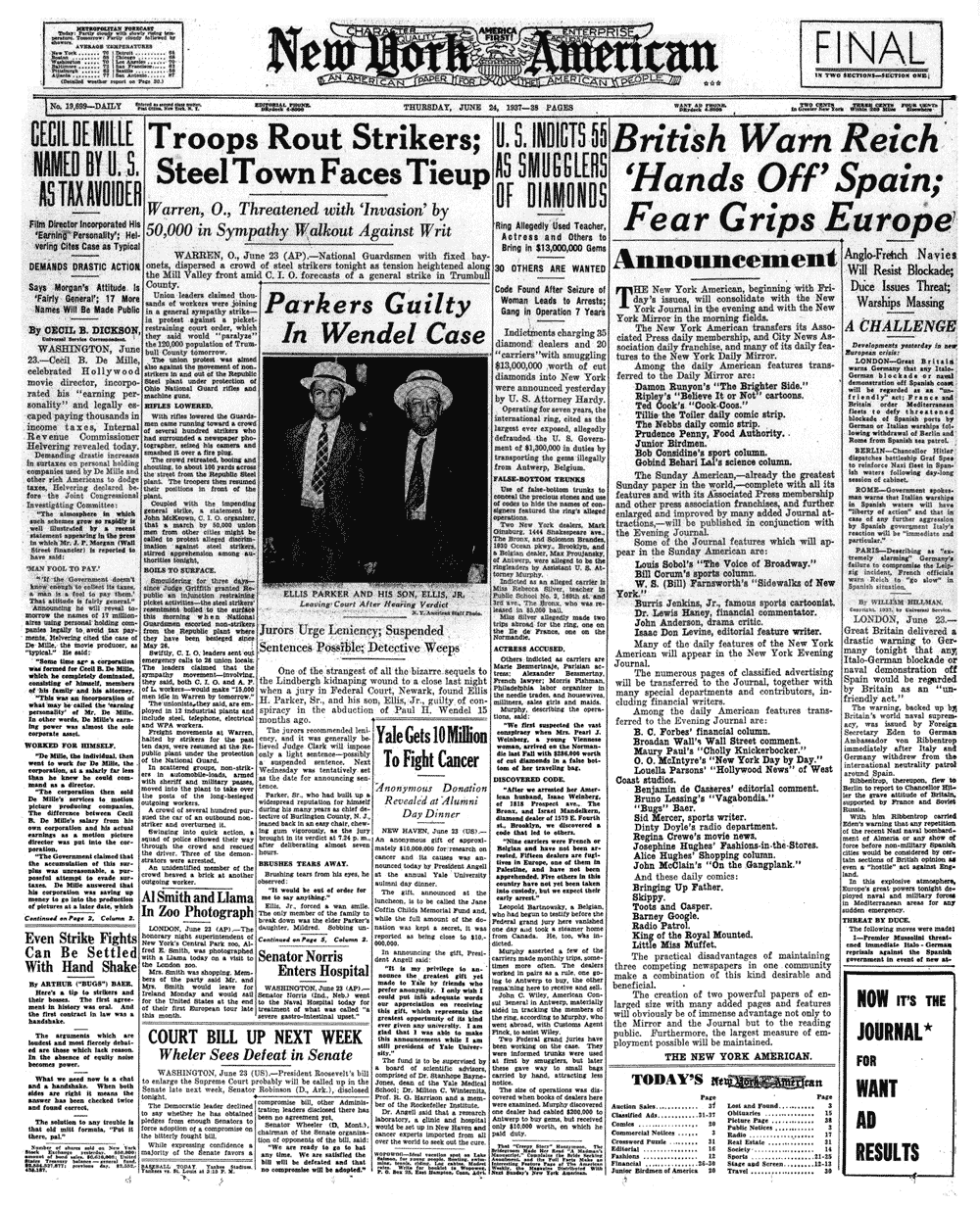 The last issue breaks the news to its’ readers.

The two remaining broadsheets merged to form the New York Journal-American, which combined many of its features. For a comics fan, it was great because the newspaper was packed with a variety of comics. A typical late issue shows almost two pages of comic strips.

The New York Journal-American existed into the 1960s, until it became a casualty like its’ crosstown rivals the World-Telegram and the Herald-Tribune of too many strikes by the various trade unions that dominated the newspaper scene. The final issue of the New York Journal-American, as well as the World-Telegram was April 23, 1966, and the Herald Tribune ended its circulation the next day. The Mirror had ceased in 1963, leaving no Hearst-owned newspapers in the Big Apple.

In September 1966, an unlikely new paper, using a combination of all three papers names, the World-Journal-Telegram appeared as a newsstand-only daily, but it was far too little, too late. The demise of “The Widget” as it was nicknamed, came on another anniversary this year, the forty-fifth, on May 5, 1967.

And that concludes this week’s newspaper history lesson. Let’s move on to reader email…

To Bhob, Mr. Whoopee: Another boarding house strip would be Herriman’s STUMBLE INN. There’s probably more, but they would be pretty old and obscure. We just don’t see those places much anymore.