For Memorial Day week, we’re going to show you a few samples of the work of a man who served our country in the most terrible of wars, World War Two, and yet made it a little brighter by his witty cartoon: Dave Breger (1908-1970).

Before the war, Mr. Breger was  a freelance gag artist who submitted panels to various magazines including the great story weeklies of the era: The Saturday Evening Post, Colliers, and The New Yorker.  During the war, he contributed to Yank, The Army Weekly. He’s credited with creating the term “G.I.” to describe the ordinary fighting man, to whom his cartoons were directed. His popularity among the real G.I.s led to his series about his alter ego, PRIVATE BREGER. (Though he was, by this time, a Sergeant). He was stationed in England, and Yank was distributed throughout the various theatres of war, just like Stars and Stripes was and is today, to American armed forces. Breger’s panel was syndicated stateside as well, in this case by King Features. (A similar course took Bill Mauldin’s WILLIE AND JOE to a sign-up with United Features).

This year marks the 70th anniversary of Breger’s association with King Features, when “Private Breger Abroad” debuted on October 20, 1942. PRIVATE BREGER spent the next three years in the Army,  in and out of the most unlikely and fantastic situations. When the war ended, Private Breger returned to civilian life and so did his creator, both becoming “Mr. Breger” and continued on for 25 years.

In February 1949, Breger did an interview with the St. Louis Post-Dispatch, reflecting on his early career and Army days. 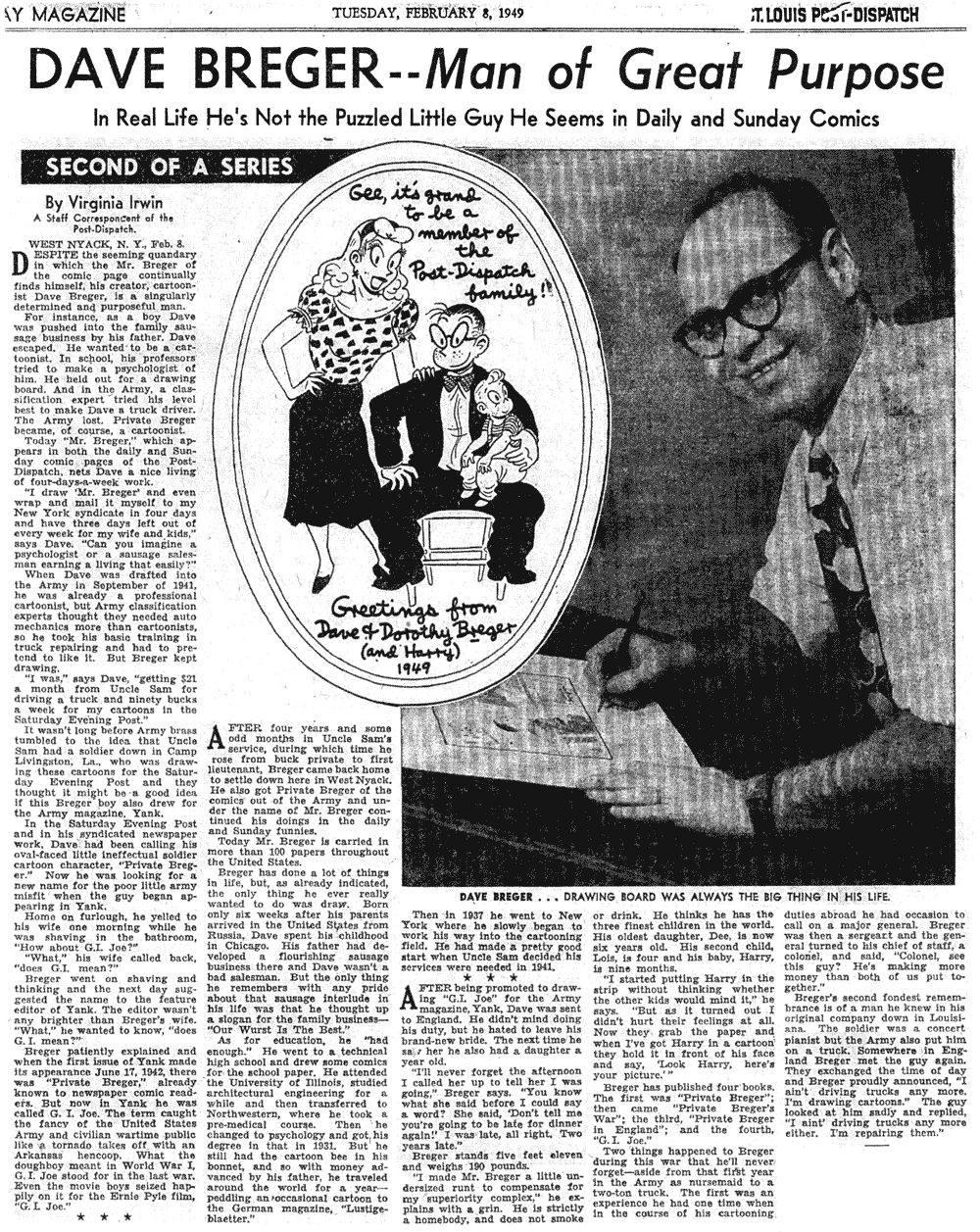 As noted a few weeks ago by Bhob, Breger also edited “But That’s Unprintable,” a collection of rejected gags by several top cartoonists published in 1955. He also wrote a book that was for many years a standard reference work on many school libraries, “How To Draw and Sell Cartoons” (1966).

In last week’s post, I mentioned I would write a follow up on the annual Reuben Awards. This year’s winners were announced over the weekend in a ceremony in Las Vegas . This year’s “Best Newspaper Strip” winner was Glen McCoy, for The Duplex. The rest of the awards for various categories are listed here at the official National Cartoonists Society (NCS) website: