Ask the Archivist: Reuben on Wry

This weekend, the Reuben will be awarded to the top cartoonist of the year. No, this isn’t a corned beef sandwich. It’s the annual prize awarded by the NCS (National Cartoonists Society) since 1946. Check out the past winners here:

The Reuben Award itself is named after, and created by, the immortal Rube Goldberg, who was first NCS president. Each year, the organization has an awards banquet at which the presentation is made. It’s considered the Academy Award® of cartooning amongst the hardworking ladies and gentlemen who toil with pen and ink to give us our daily comics.

The event takes place in a different city each year. This year, the ceremony is being held in Las Vegas.  Most of the artists will attend, and contribute some artwork to the program book to liven the festivities.

Below are a few cartoons from past events. In 1993, the event took place in Scottsdale, Arizona and MUTTS creator Patrick McDonnell included a likeness of the Reuben itself (between Ozzie and Earl). In 1996, Chris Browne (HAGAR THE HORRIBLE) took his characters with him to the 50th such gathering in New York (when the World Trade Towers still were part of the skyline). When the Reubens was held in Orlando in 2007, Bunny Hoest and John Reiner showed THE LOCKHORNS checking in. 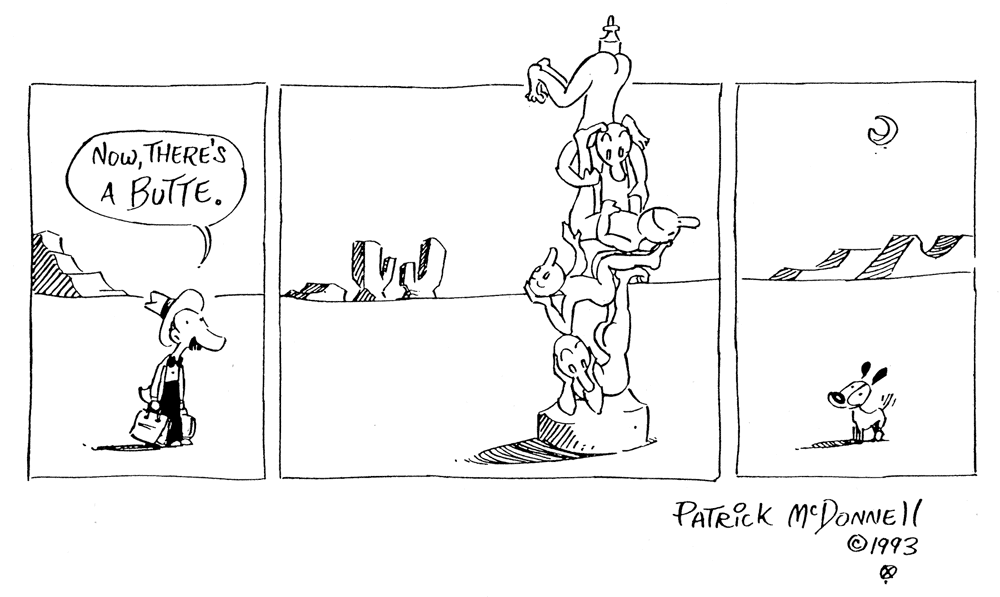 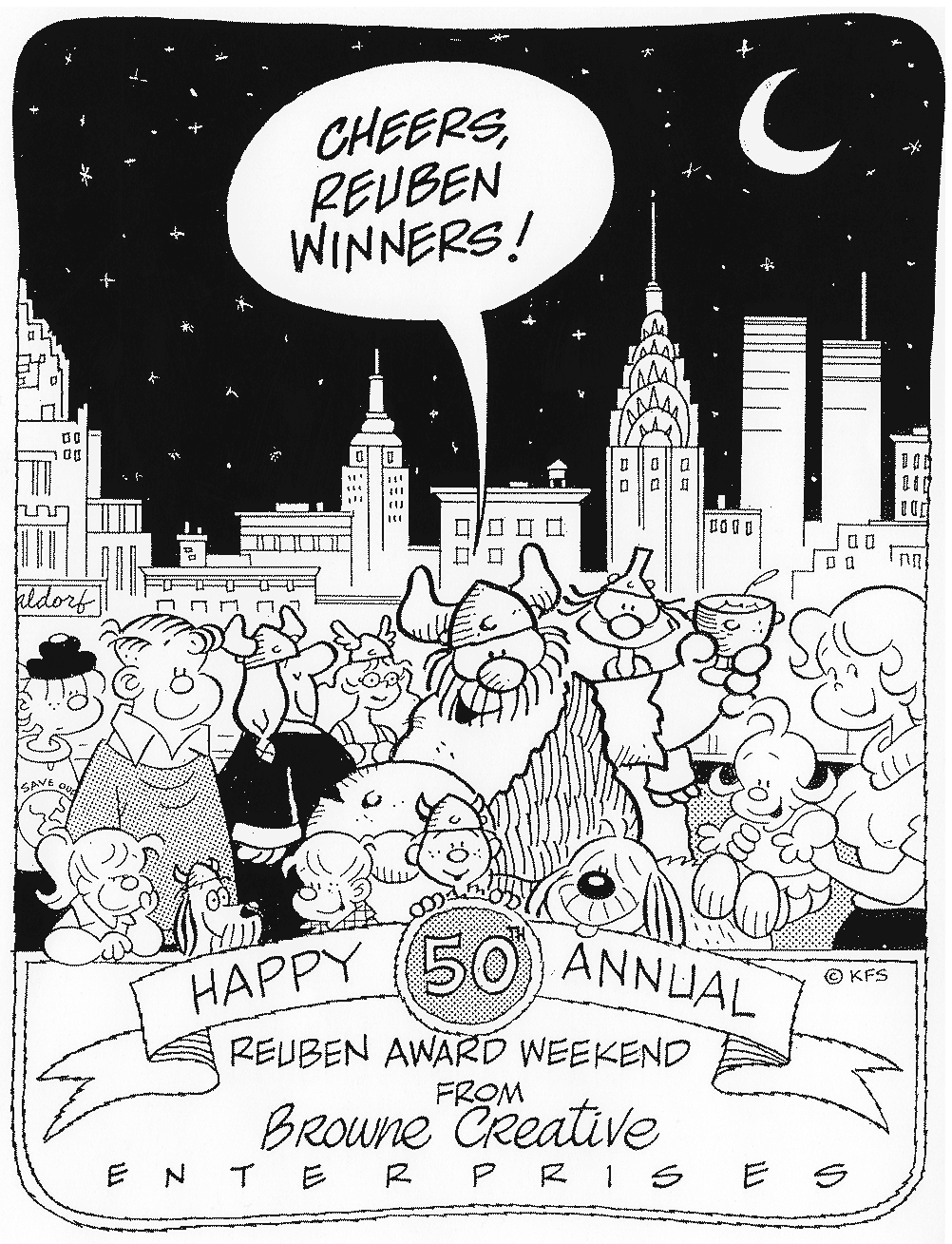 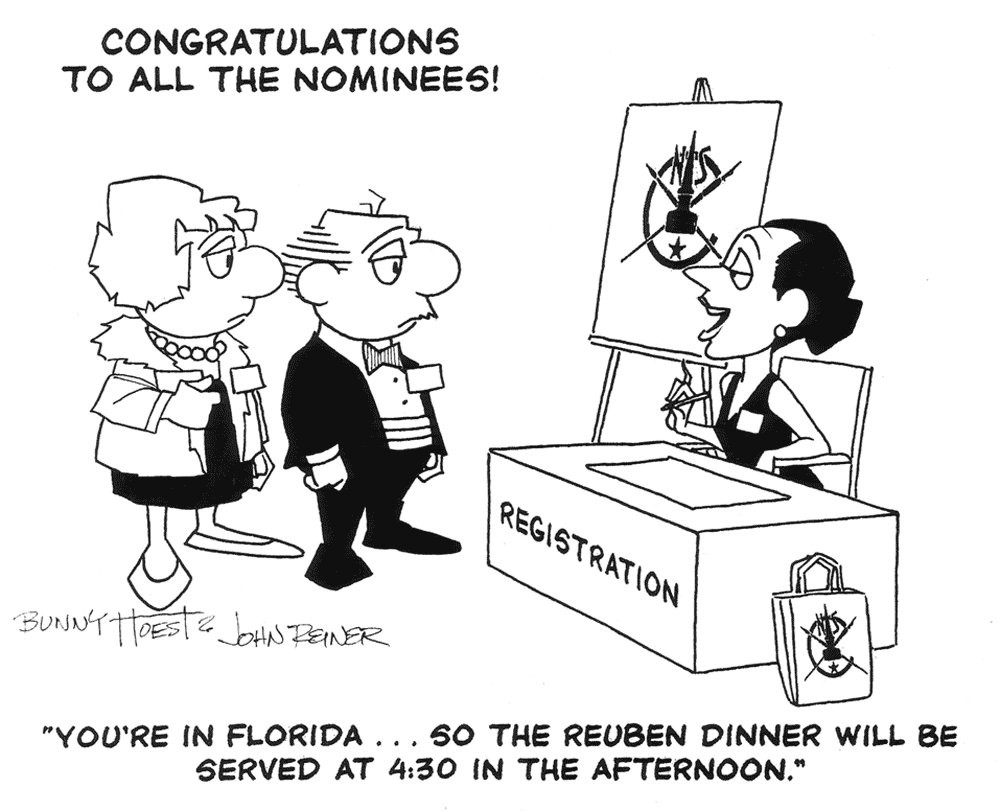 We’ll soon see who will be the recipient this year. Results will be in next week’s post.

I’d be happy to put you on a T DIET, but we just can’t put everything out now. I assure you though, THEY’LL DO IT EVERY TIME will be among the Vintage selections eventually.

Sorry, I have nothing on Jimmy Hatlo’s first wife. Perhaps if Hatlo had been a widely known figure in 1935, more coverage would be available. At that time, he was only really known in the Bay area because his panel hadn’t joined national syndication yet.