Ask The Archivist: Another Tip of The Hatlo

Today’s post is a follow up entry on Jimmy Hatlo’s comic strip, THEY’LL DO IT EVERY TIME,  featuring an original sales brochure from 1949. This was intended for newspaper editors only, so I guess it qualifies as a rare item. The nice color is about what the “art” proofs had. Below are the covers and center spread. The brochure further opened up to a poster-sized (22” x 30”) assortment of black and white daily panels. 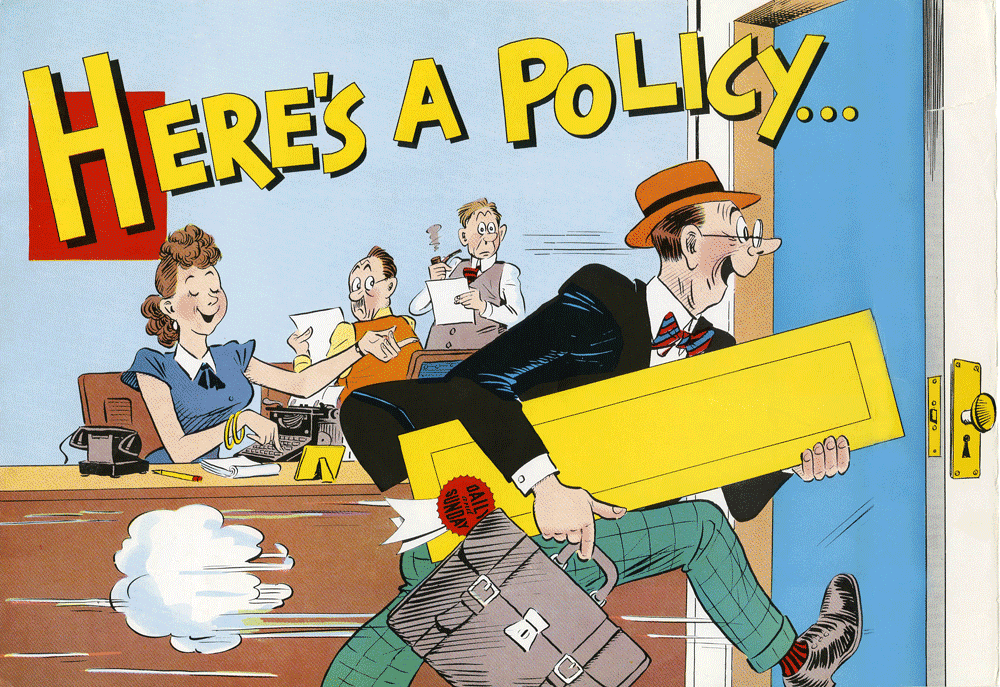 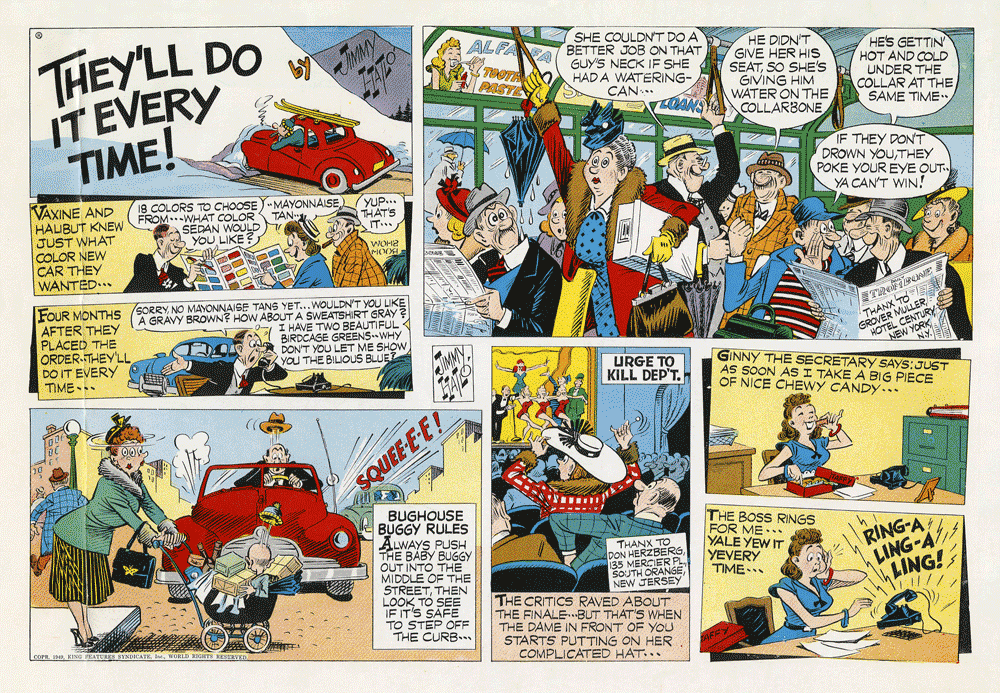 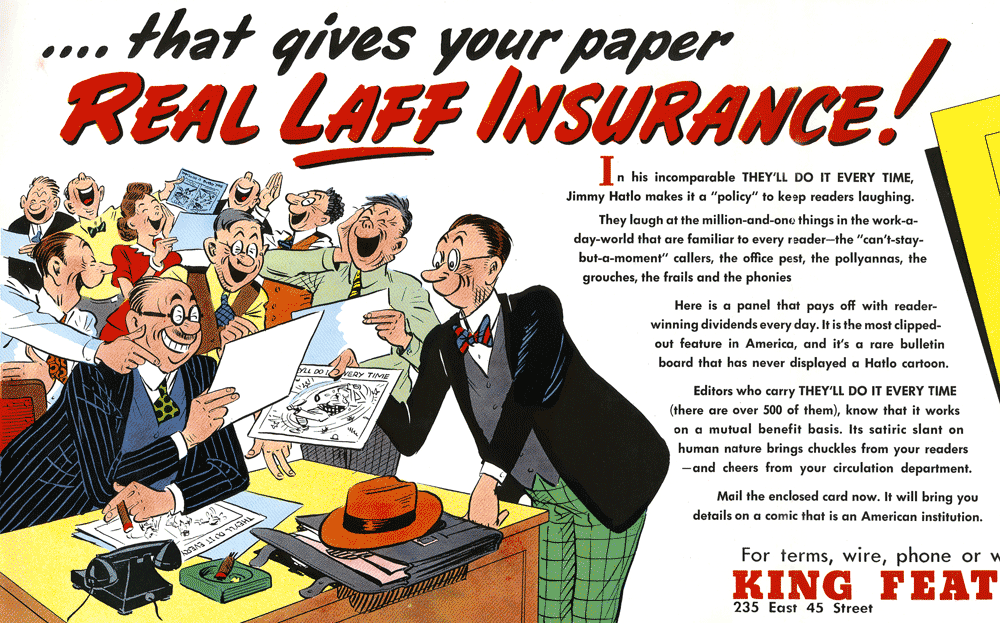 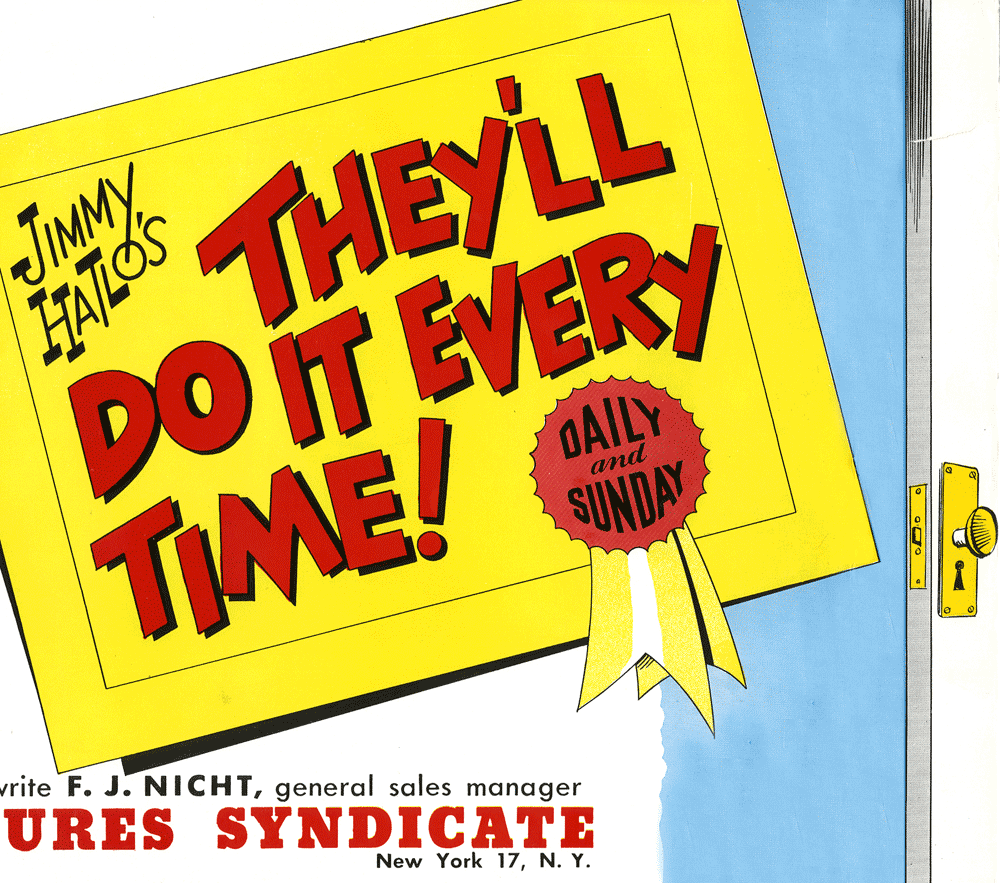 Here for your reading pleasure are another couple of Hatlos: 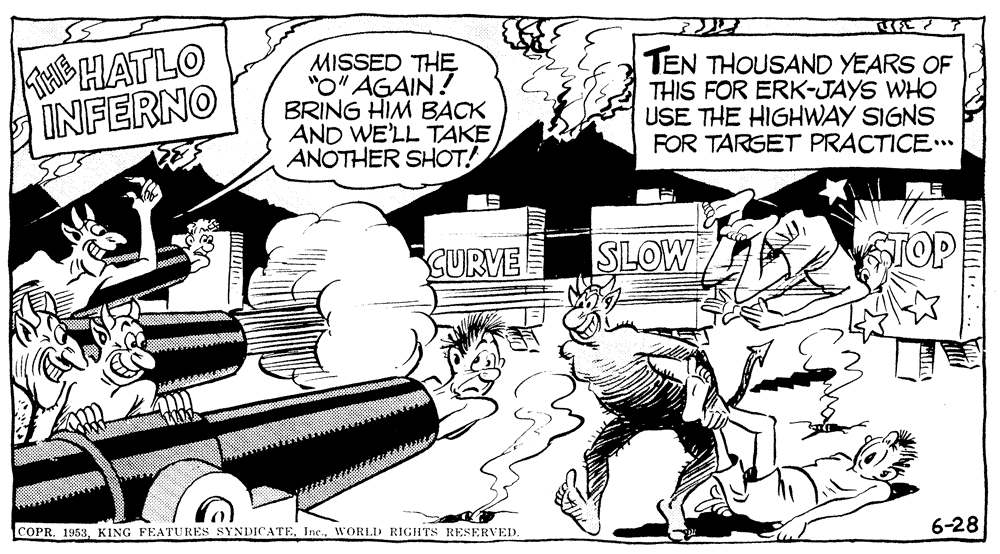 Little Iodine had a habit of showing up every once in a while in THEY’LL DO IT EVERY TIME like in this 1963 panel.

The feature could be very clever and sometimes very obvious and repetitive, but that would be a reflection of the mixed nature of readers and their suggestions. Hatlo’s idea of audience participation was a stroke of genius and made his panel a real hit in syndication. It inspired a few knock-offs, including “THERE OUGHT TO BE A LAW,” which was originally a McClure series that later went to United Features. Instead of writing out the full phrase, “There Ought To Be A Law,” as the payoff, often they shortened it to just someone exclaiming the acronym, “TOBAL!” At least no one blurted out “T DIET!” in our panel.

Perhaps, the next time we have an election for new Vintage entries, we should enter THEY’LL DO IT EVERY TIME into the fray. Thanks for bringing it up, Jeffrey.

It’s too bad to hear actor George Lindsey (“The Andy Griffith Show”) has passed on. It seems like there’s even fewer TV and film stars, or even character actors, around from my childhood. Perhaps, Sid Caesar will be the last man standing.

Thanks so much for responding to our humble but earnest site. We’ve been touched by fame!

Yours ‘til the next time,