I thought you might be interested in a few more items on LITTLE IODINE. In our archives, we came across an unusual, battered item — a card that would be sent to a Jimmy Hatlo fan asking for an autograph. This one is still blank. 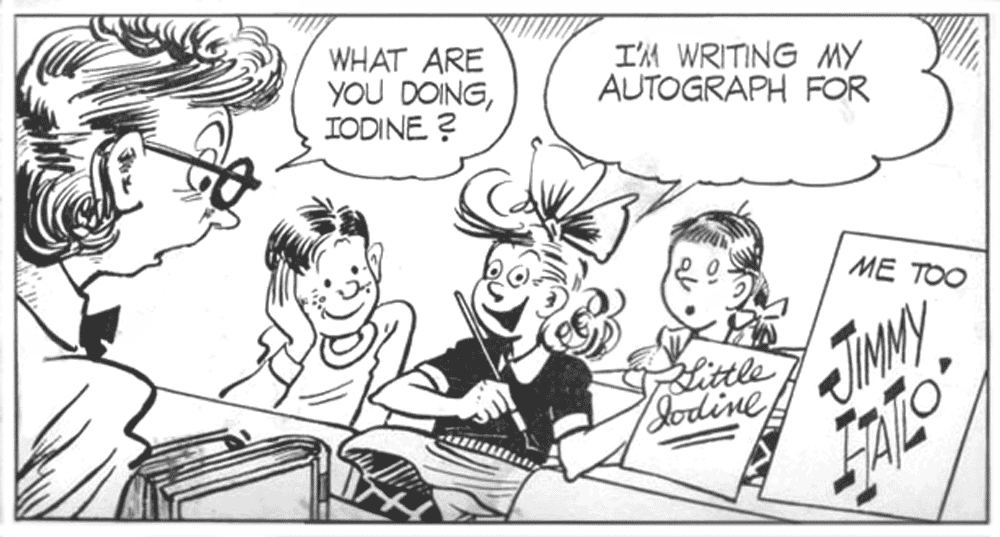 It looks like it is from about 1950. Jimmy Hatlo was hugely popular, and hundreds of requests for originals came in addressed to him. In the end, I guess these cards would have to do.  Little Iodine even had her own comic book and at least one paperback collection in the 1950s.

Jimmy Hatlo could do no wrong, and his first feature, THEY’LL DO IT EVERY TIME, thrived on suggestions by fans. That’s where Little Iodine was first seen as a recurring female character in examples of perplexing child behavior.

The first example was seen in the 5 September 1940 comic, concluding with a glimpse into her teenage life that, of course, never actually occurred in the series. 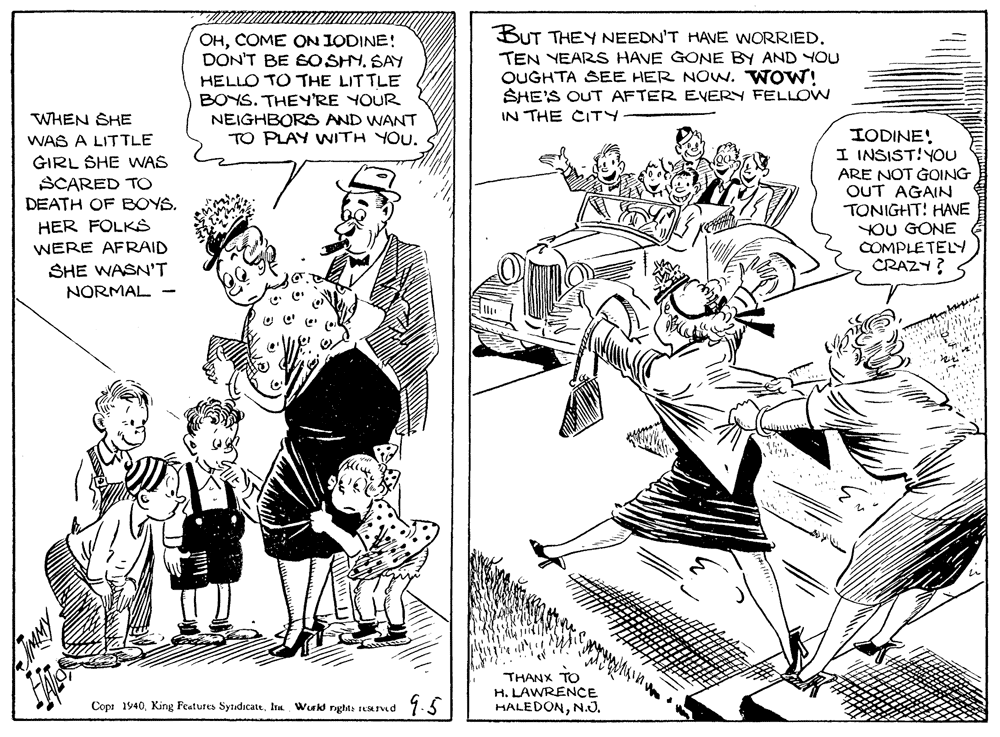 Another comic example, four months later on 4 January 1941, shows her still far from looking like the brat with whom we’re familiar. 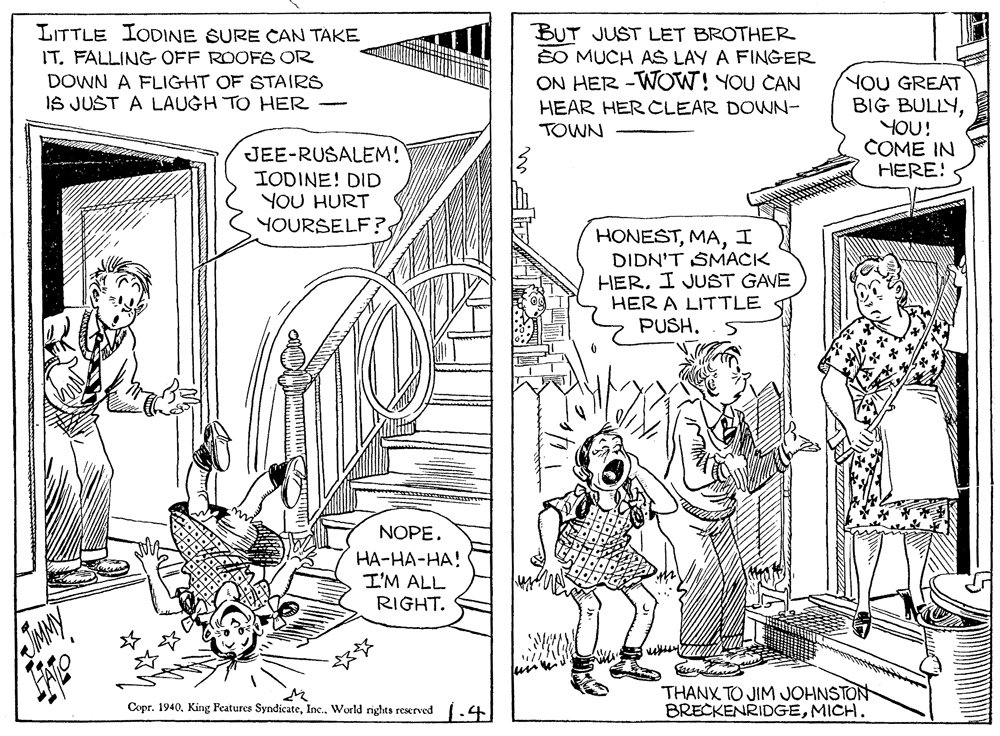 Now, on to reader comments:

The British version of DENNIS THE MENACE debuted the same time as ours, which was pure serendipity. They have nothing much else to do with each other.

About 25 years ago, British Marvel put out a short-lived comic book of the American version, where it was simply called “DENNIS,” so as to not conflict with the more familiar local character. The first issue had, as British comic mags often do, a bonus trinket to lure you into taking a look. The “DENNIS” launch prize was a small, flat, toffee candy bar, gummed to the upper left corner of the cover.

Here, at King Features, we get samples of publications from all over the world when a licensee contracts to use one our characters. Unfortunately, nobody thought to remove aforementioned candy bars, and the comic books arrived with big greasy, gooey melted gobs of stale sweets mashed into the covers.

Censorship is actually rare in strips because we have several sets of eyes who read the strips from start to finish. It’s been said that some newspapers would erase smoking characters or something like that, but basically comics have always been calculated to be uncontroversial, family fare.