Most of the King Features continuities had separate stories in the daily and Sunday versions. Very rarely were series running with a daily and Sunday combined.  There were only six FLASH GORDON stories in the 1970s like that. Other syndicates, such as News America Syndicate (NAS), have offered the daily-Sunday combination. King Features and its affiliate, North America Syndicate, have kept that going ever since we acquired NAS  and their continuities in 1987 (APT. 3-G, JUDGE PARKER and MARY WORTH).  Mary Worth writer Karen Moy says it works well for the strip, but the hard part is to equalize the amount of story progression with recaps to allow readers of either daily or Sunday only to be able to comprehend the storyline.

Now, back to March Madness of the King Features World.  Winning nearly 75% of the vote, fans have spoken loud and clear and the winner for week 4 of Vintage Madness is JUDGE PARKER. These candidates have been doing well in their primaries so far, but our finalists can’t slow down for a moment– there’s still more voting to do!

The competition has now turned to classic DENNIS THE MENACE versus HI AND LOIS.

Dennis, you’ll recall, outdid Johnny Hazard for a spot in this face-off. Dennis and his cast of characters, Ruff, Joey, Mr. Wilson, etc., are known to everyone since their creation by Hank Ketcham. The difference between the present-day Dennis and the one of the early days is his ingeniously ornery temperament. During the Truman-Eisenhower years, Dennis seemed to have no compulsion to respect adult authority. During 2012, he fits right in!

Hi & Lois, who knocked out Buz Sawyer back in the first round, is by now a standard fixture in most every region’s newspapers, and everyone’s childhood memories. When the saga of the Flagston family was new, it was helmed by a real genius of comics, (and earlier of advertising art), Dik Browne, along with the still-legendary Mort Walker. In the 1950s & ’60s, the two were much like Hiram Flagston, young men with families experiencing the trials and joys of life in postwar suburbia.  In its early days, there were much more outlandish, slapstick gags , and Browne’s style was more fluid and exaggerated. 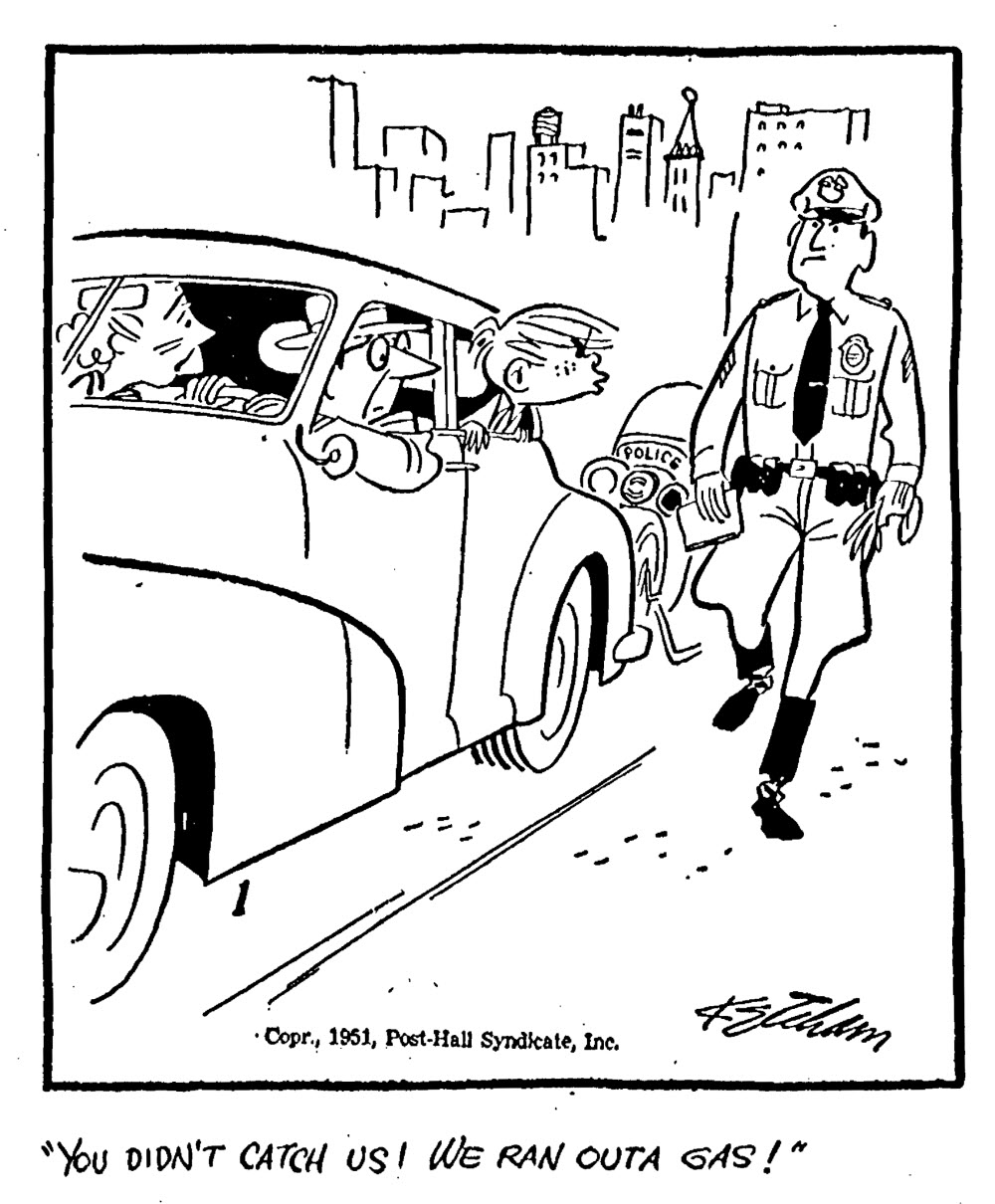 Dennis made his debut with this panel on 12 March 1951

The Flagstons started off on 18 October 1954

This is a really tough call, as both are such great titles, genuine immortals of American stripdom.  Either are well worth your vote.