Vintage Madness: Dennis Prevails As Popeye and Tim Tyler Gear Up For Battle

Round Two of VINTAGE MADNESS was legendary! It was very tight match-up and every vote counted, but the clear and decisive winner is DENNIS THE MENACE. Everyone’s favorite mischief-maker is going on to the next round, while JOHNNY HAZARD is going back into the archives . . . at least for now. Thanks to all who voted!

In this week’s all NEW VINTAGE MADNESS heavyweight bout, we pit Popeye and the entire THIMBLE THEATRE cast against TIM TYLER’S LUCK…and Mr. Tyler’s aptly named strip may need some luck to pull off an upset!

For those interested, here is a little background on this week’s contenders:

POPEYE, in his early days, was a much less refined character and eager for a fight. Tim, on the other hand, spent most of his time with his friend Spud, working to protect the people and animals of Africa from various poachers and crooks. You could say he was an early ecologist. But only if you want to… 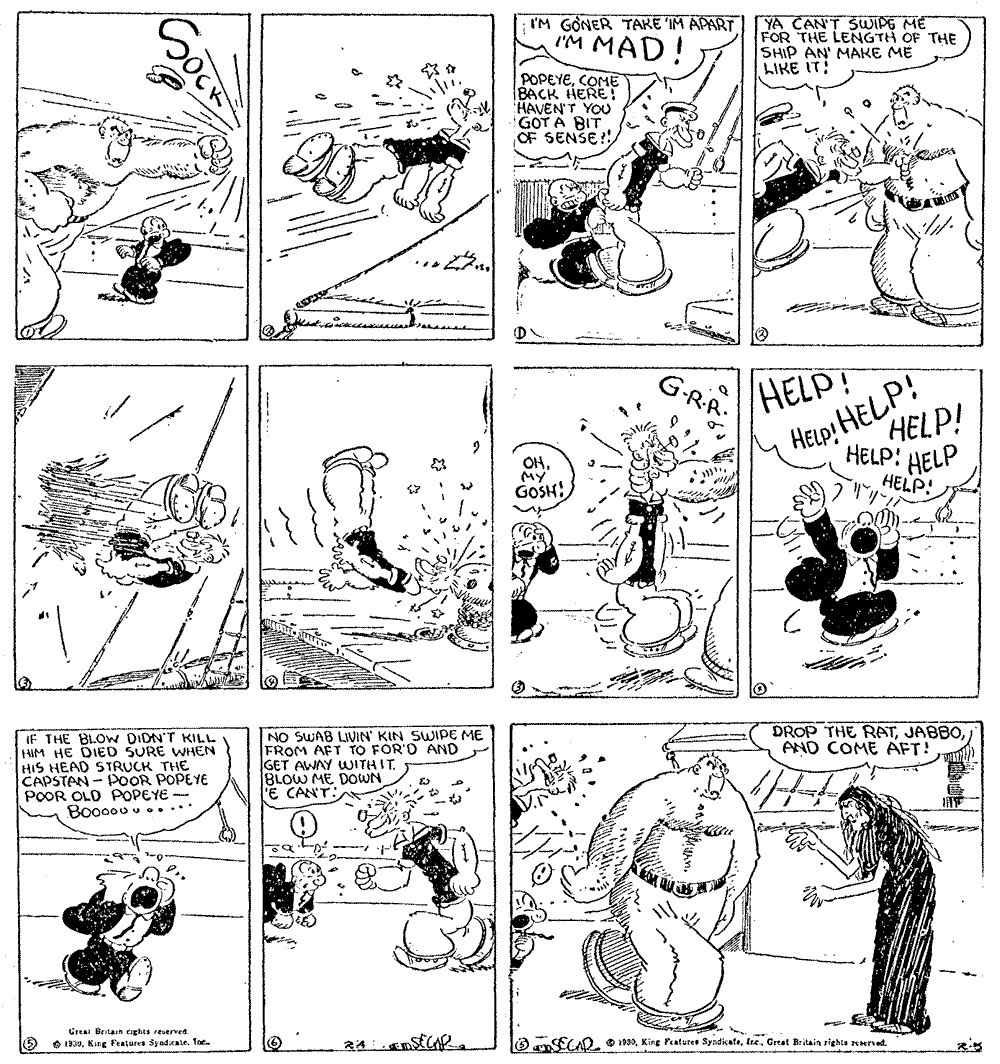 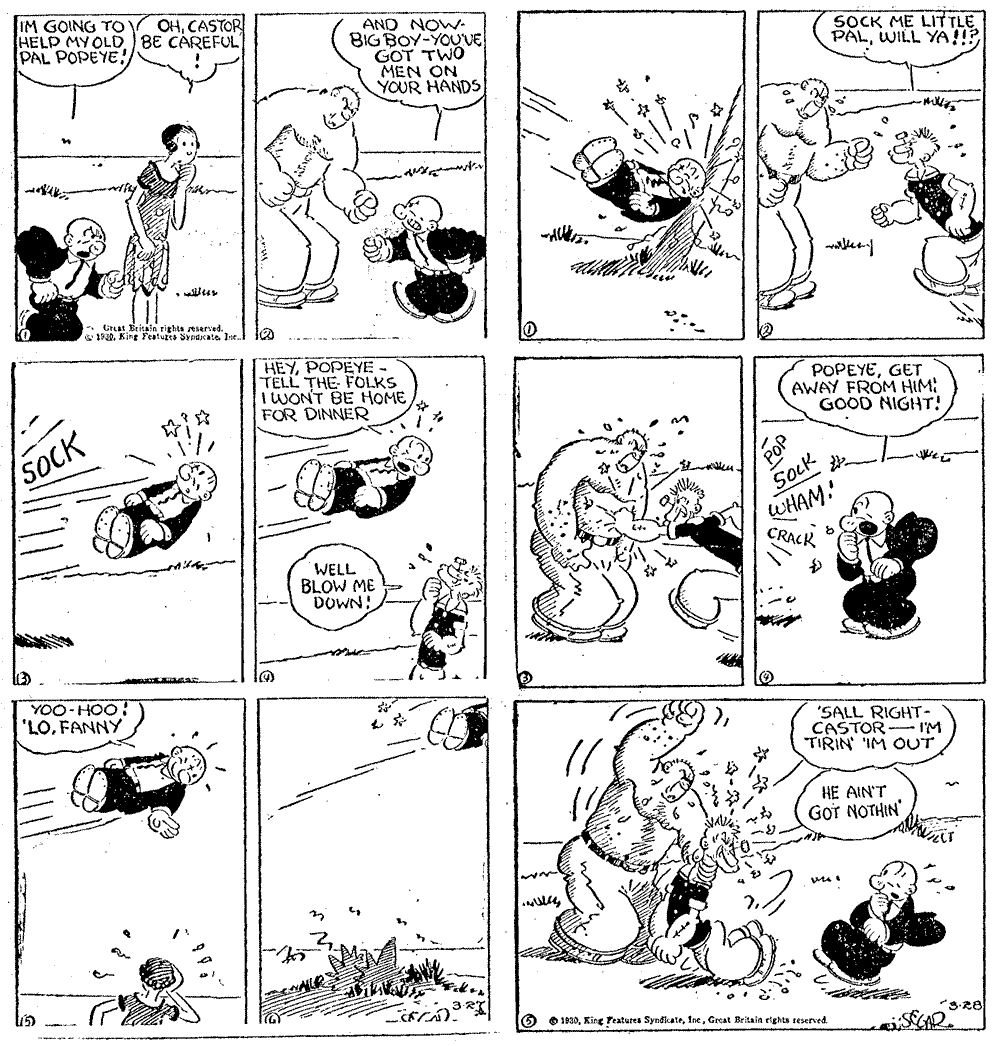 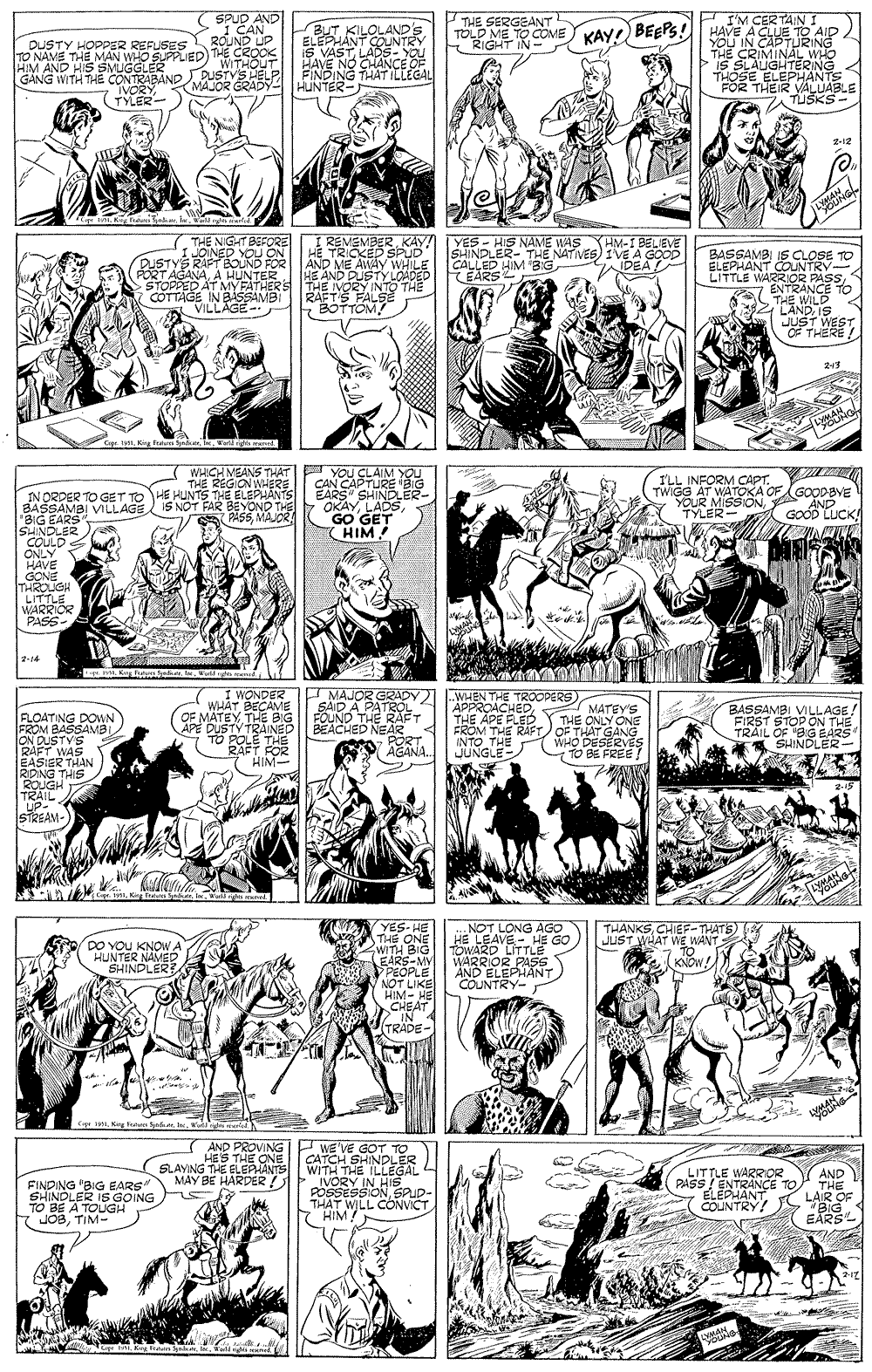 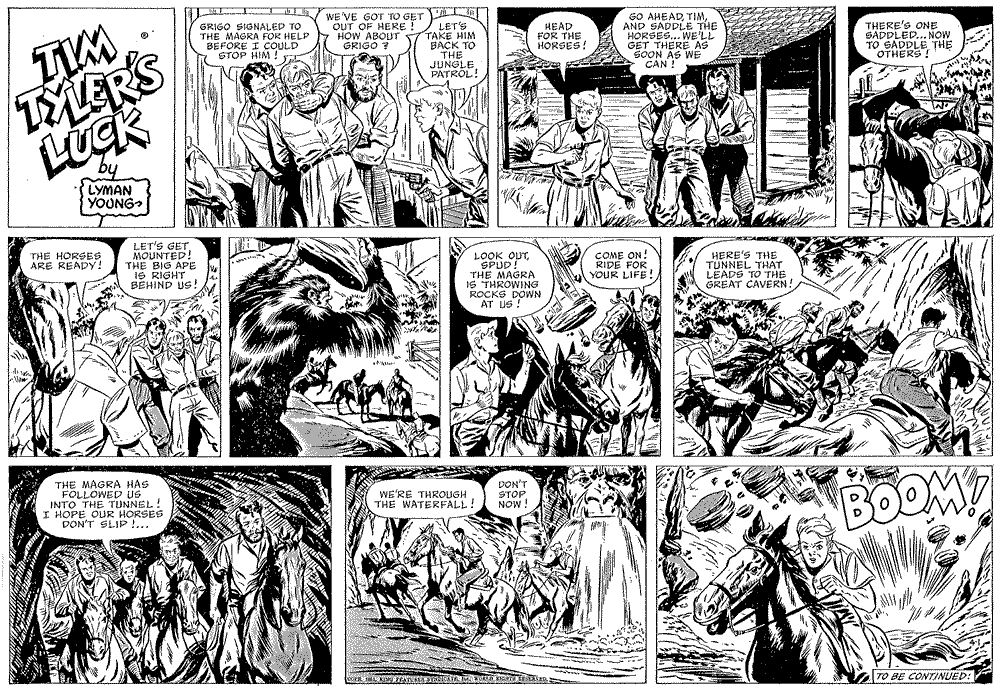 The one-eyed grappler has taken on all kinds of witches, monsters and moochers, but is he a match for the wilderness-savvy, half-savage, pith-helmeted fury of the do-gooding jungle boy?  Only you can decide the outcome of this match by casting your vote now.

Here are a few answers to your questions from last week as well.

Good post! BRINGING UP FATHER was for a long time, the number one strip in sales in the world.  But after George McManus’s death in 1954, the series lost steam, and finally ended in 2000. Next year will be the centennial of BUF,  and we’ll commemorate it in the style it deserves.

I believe there’s a 1943 LIBERTY article on McManus & BUF too. Can anyone find it? 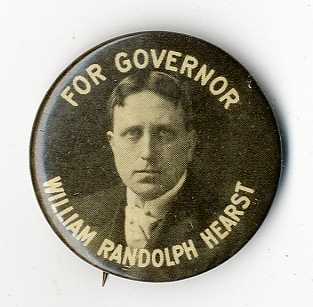 Our Founder ran as a Democrat for New York Governor in 1906.

Another important milestone came for us this week-. It’s been a full 125 years since an amazing man of vision founded King Features Syndicate’s parent corporation. That man was William Randolph Hearst (1863-1951), one of America’s greatest industrialists, who laid the foundations for all modern media through newspapers, magazines, films, radio and of course comic strips. So cheers as the Hearst corporation celebrates it’s quasquicentennial this week, and a toast to the future! Don’t spill any champagne on the carpet!

If you haven’t voted yet for the new Vintage selections, please do – what you want is important to us. 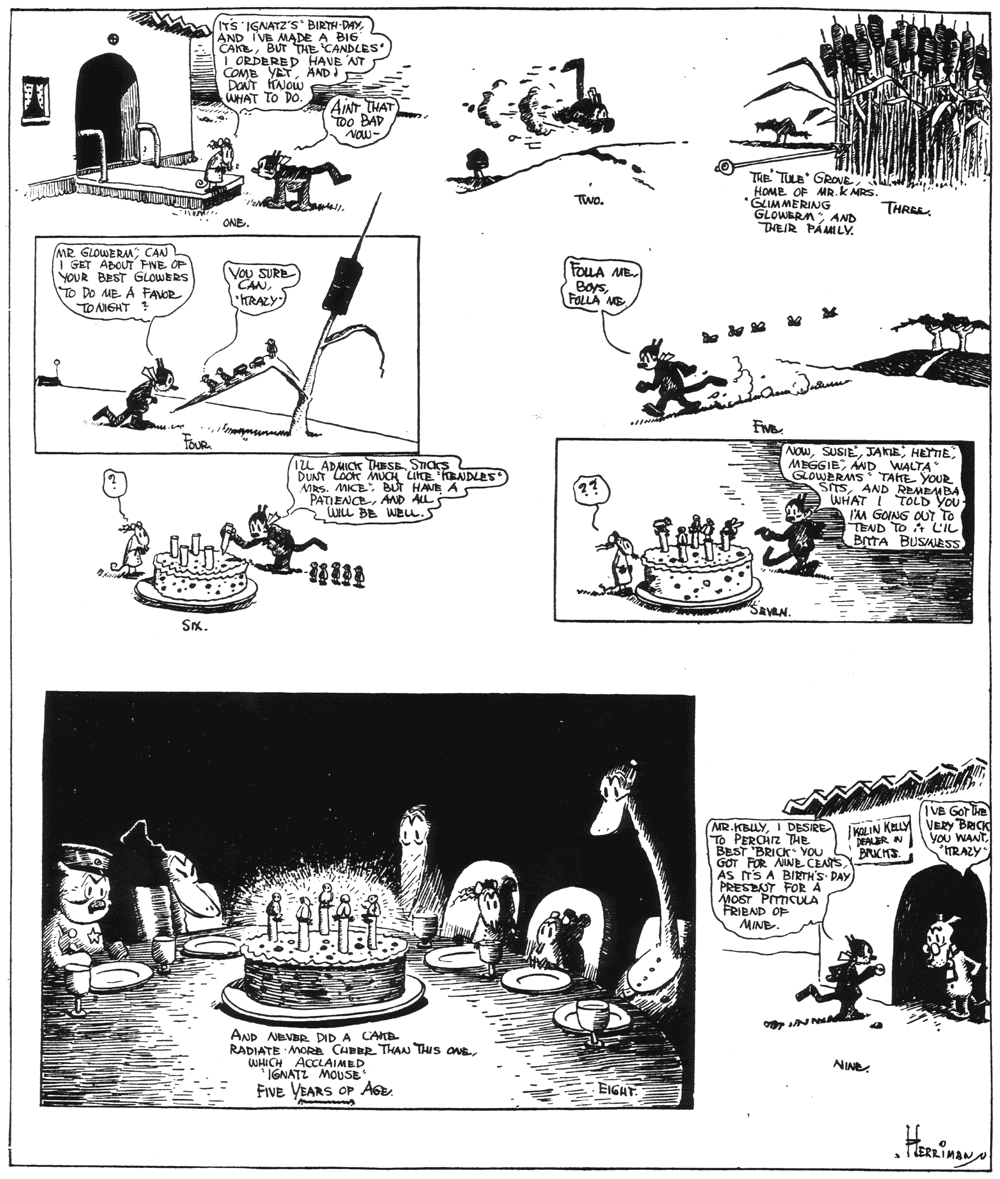