Vintage Madness: Round 1 Winner Declared as Round 2 Voting Begins

The first round of VINTAGE MADNESS is over and we have a clear winner. The comic that earned the most votes  is HI AND LOIS. This beloved family strip won in a landslide victory over BUZ SAWYER Sundays. We’ll see more of the Flagston family in the weeks to come, but rest assured Buz fans, the BUZ SAWYER vintage dailies will not be affected by this upset.

Today we’re kicking off Round Two of VINTAGE MADNESS! Next up is this week’s gladiator competition of DENNIS THE MENACE versus JOHNNY HAZARD. Below is a little background on the unlikely competitors.

Dennis is the classic trouble-prone little boy created by Hank Ketcham. His antics were a bit more edgy in the first decades of the strip, his mischief a bit more menacing. 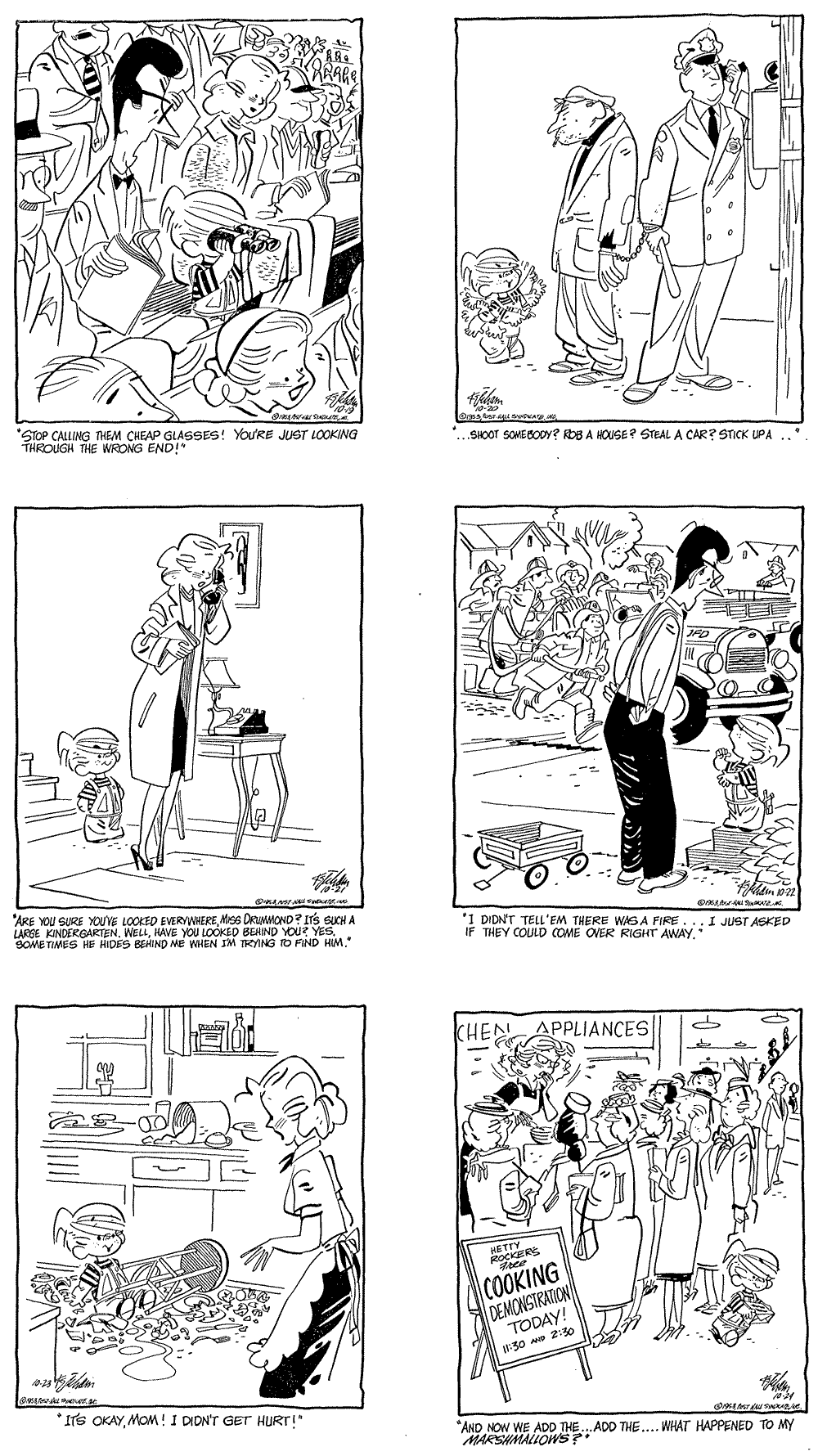 Johnny Hazard was an all-around man of action in the classic John Wayne style. He fought in World War II, went on spy or commando missions during the Cold War and even fought a dinosaur or two along the way.

Though Johnny has a jet fighter at his disposal, Dennis has a lot more easily accessible ammunition on his side. He has a slingshot, a water pistol and is an expert at throwing peanut butter sandwich grenades.

Johnny Hazard has been known to survive in the jungle for weeks until conditions for a raid are just right to strike. Dennis has been known to wake his parents and neighbors at 3:00 a.m. by loudly blowing a bugle. Johnny had Uncle Sam backing him up. Dennis had Jay North.

Who will emerge victorious? You can choose by casting your vote now!

Here are few answers to your questions as well:

*Many of you  inquired about running all 8 of the strips. Maybe we’ll eventually have all these strips on offer, but we’re going with reader’s picks.  So keep stuffing that cyber ballot box, gang.

Pete the Tramp and Toots and Casper- maybe. That’s for really advanced cases of comics fandom. The KFS archive strips are 99% black & white. The earliest stuff goes back to the 30’s, and most everything is complete, not perfect, mind you. As far as how the vast holdings are stored-I could tell you, but then I’d have to,… well, it’s a top secret.