Vintage fans, you’ve been asking for more comics and we’ve been listening!

Starting today and over the course of seven weeks, we’re hosting our very first bracket-style competition called VINTAGE MADNESS. Eight comics will go head to head, panel to panel in a comics competition that is anything but funny.  The stakes are high. The strip that makes it to the end of VINTAGE MADNESS with the most votes will be added to DailyINK’s Vintage section. 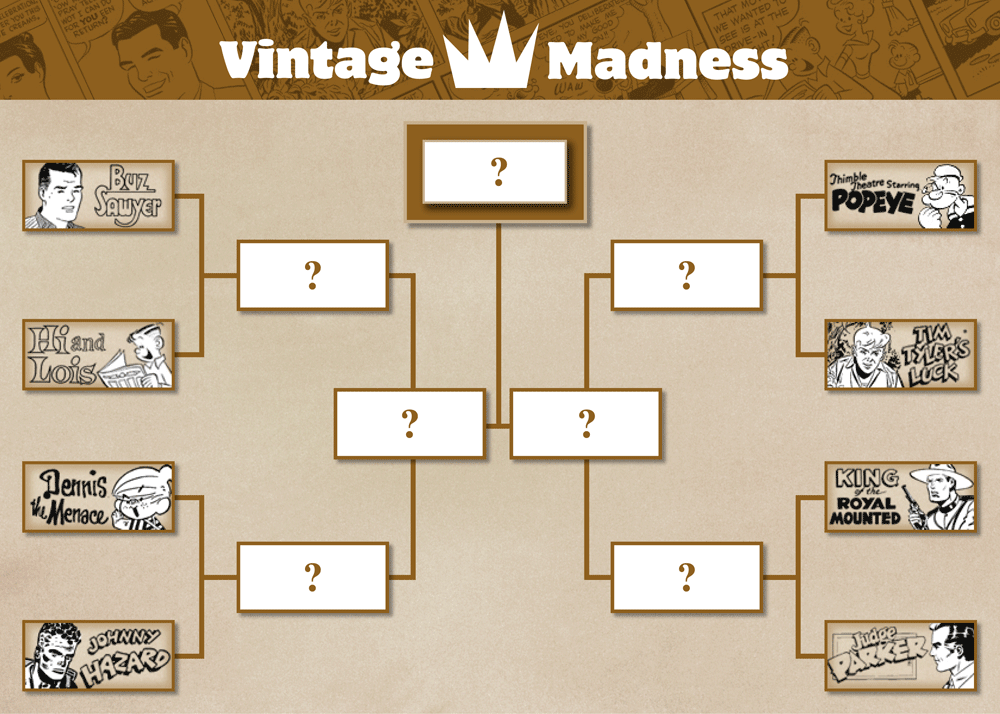 The stage has been set and the first match-up is between two beloved classics: BUZ SAWYER (Sundays) and vintage HI AND LOIS. User votes will determine which strip stays behind and which strip advances to the next round. The Archivist has provided some helpful background on each contender to help you choose a favorite.

Welcome to week one of Vintage Madness!

The Sunday BUZ SAWYER strips often featured that lovable lug, Roscoe Sweeney. His stories involved a host of crackpot relatives and wacky small-town characters reminiscent of the fictional town of Mayberry in “The Andy Griffith Show.” 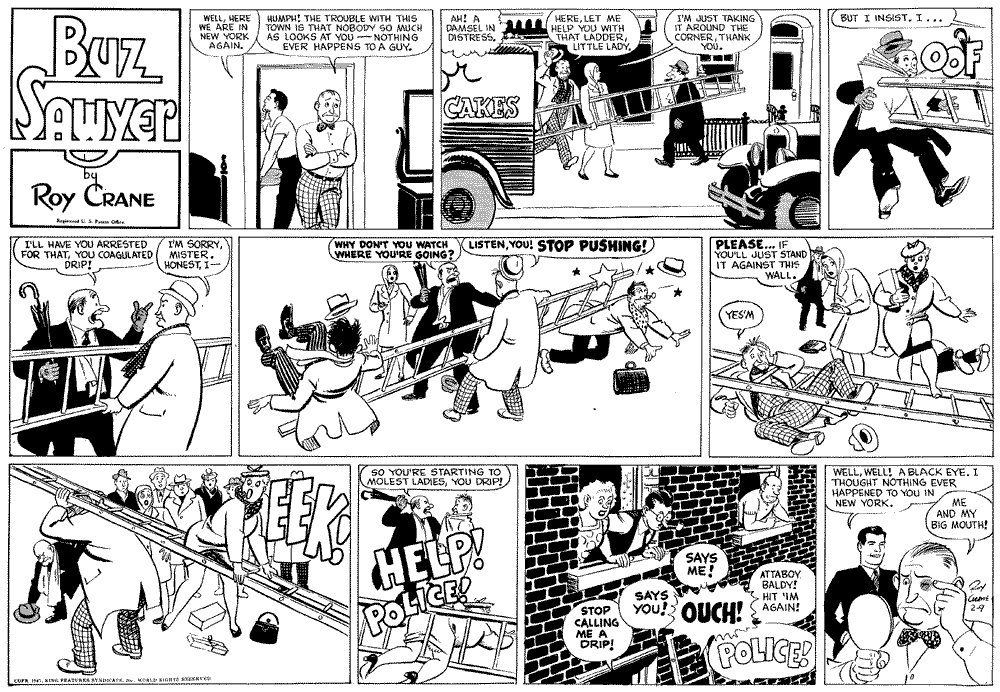 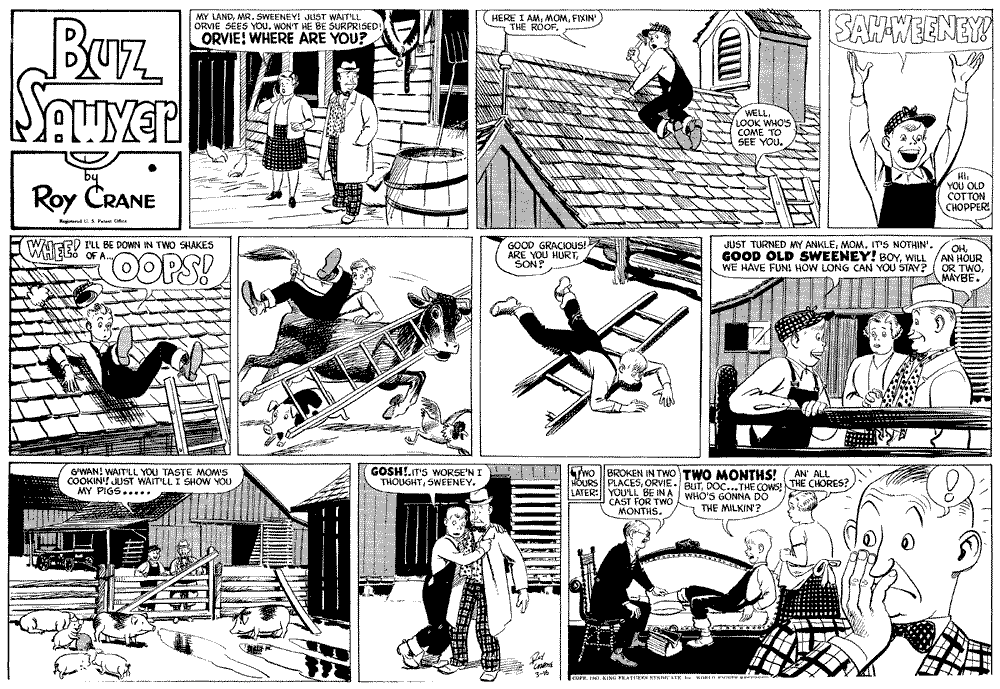 HI AND LOIS needs little introduction. The clever take on young family life created by Mort Walker and Dik Browne was and is a great humor strip. The HI AND LOIS strips that are competing for inclusion in the Vintage section are from the early years of the 1950s and 1960s. 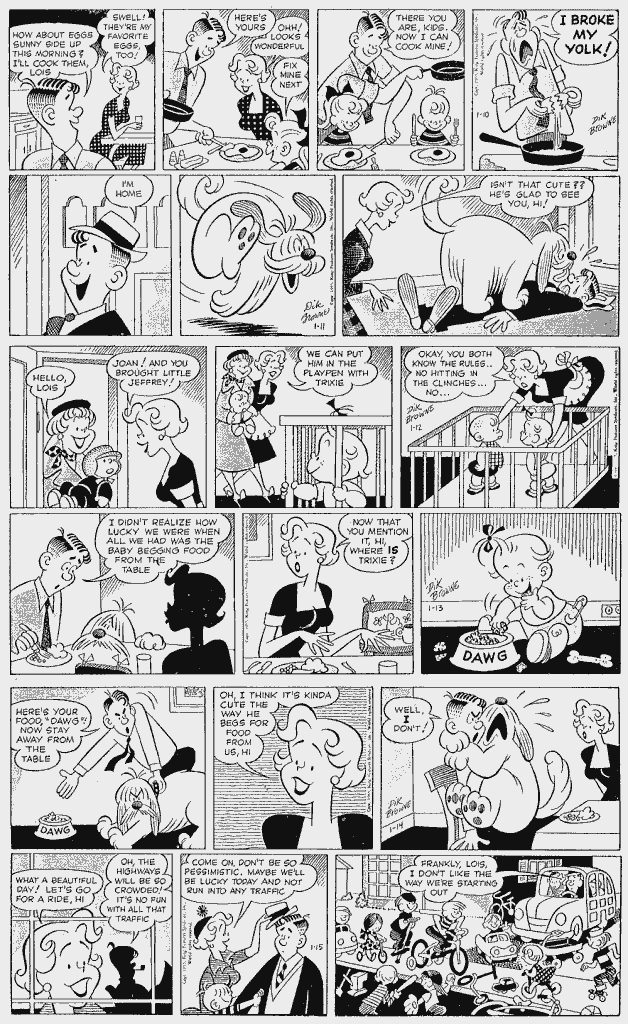 Who will win this competition?

Buz and Roscoe might be middle-aged, but they’re fast on their feet. Obviously outnumbered by the Flagston clan, they’ll probably hold back until a likely opening presents itself, and catch up easily if the wind is behind them.

Hi and Lois are good runners and have been known to double fake an opponent and make a wide run to score. They’ve been having some trouble passing to Trixie lately, who has missed catching the ball 100 out of 100 times.

These strips won’t be powerjamming through hoops, but they will be making points by collecting your votes.  So help your favorites and cast your votes now!

Fans can follow all the Vintage Madness action every Wednesday in the “Ask the Archivist” blog post on DailyINK.com, and get timely updates on our DailyINK Facebook page (http://www.facebook.com/Dailyink) and @DailyINKComics on Twitter (https://twitter.com/#!/DailyINKComics).