To close out 2011, I’m posting a look back at the Hearst Sunday newspaper’s comic section from 100 years ago this New Year’s Eve.

In 1911, there were only 47 states in the Union. William Howard Taft was president.

Mexico and China had popular revolutions that installed fledgling democracies for the first time.

In comics, Hearst was the leading syndicate then as it is now. THE KATZENJAMMER KIDS, then drawn by Rudolph Dirks, were the most popular comic strip stars in 1911 — and were even then the longest running of all American comic strips, at that time they had been around for all of fourteen years!

Whereas  Howson Lott and Mr. Lynx are forgotten, other long-ago characters still have some recognition today. Those being  Happy Hooligan, Little Jimmy and of course, Little Nemo.  Technically, that strip is called “In The Land Of Wonderful Dreams,” as the original syndicate it came from, The New York Herald Company, still owned the title “Little Nemo In Slumberland.” Hearst had lured Winsor McCay away from them earlier in 1911.

On a personal note, this section was my first one, the first of many many more early funny pages in a now oversized collection. I acquired it when I was a mere lad of nine. It unfortunately shows its’ age, but when I reach my centennial year I’ll probably be wrinkled and crumbly too.

Yours truly until next year, 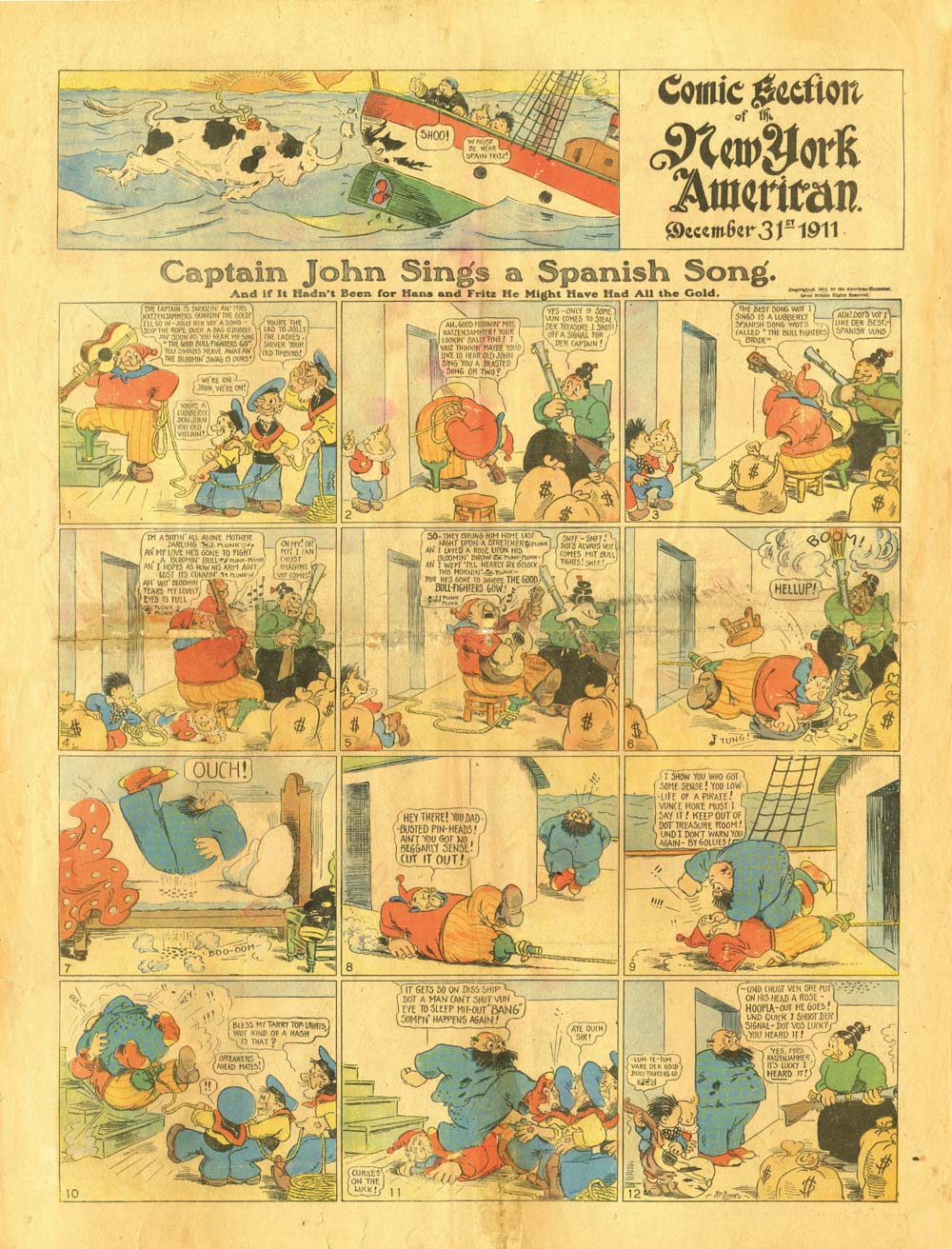 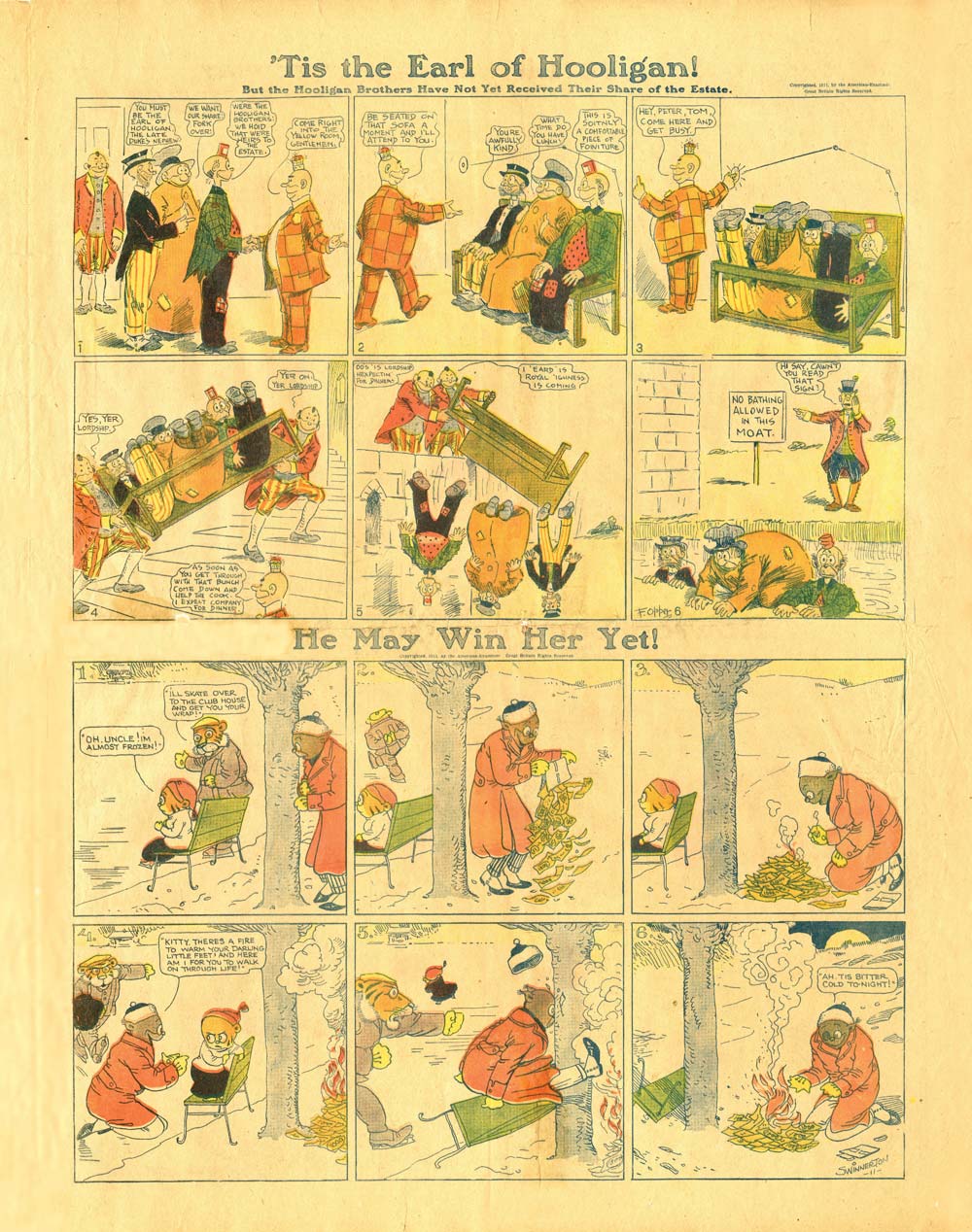 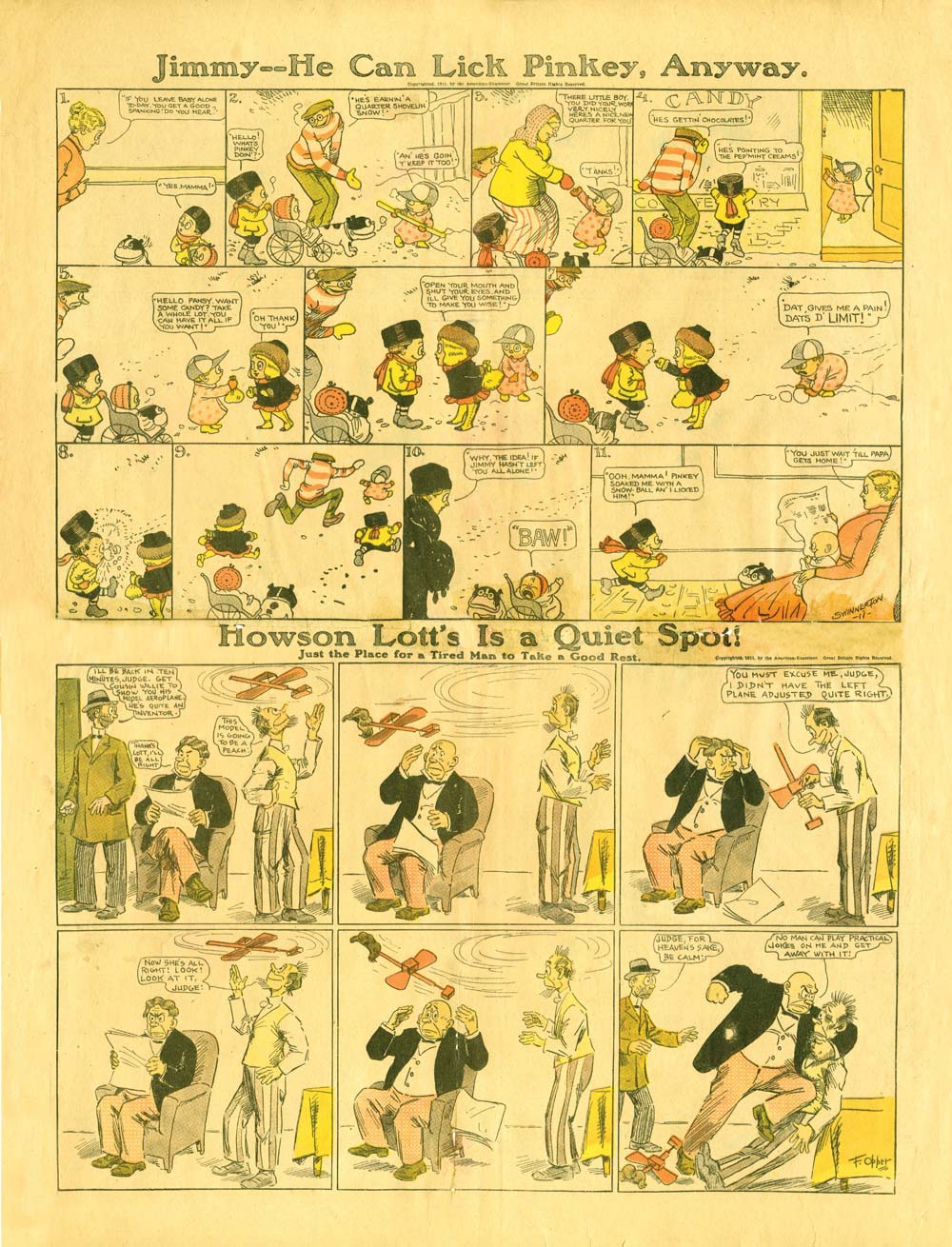 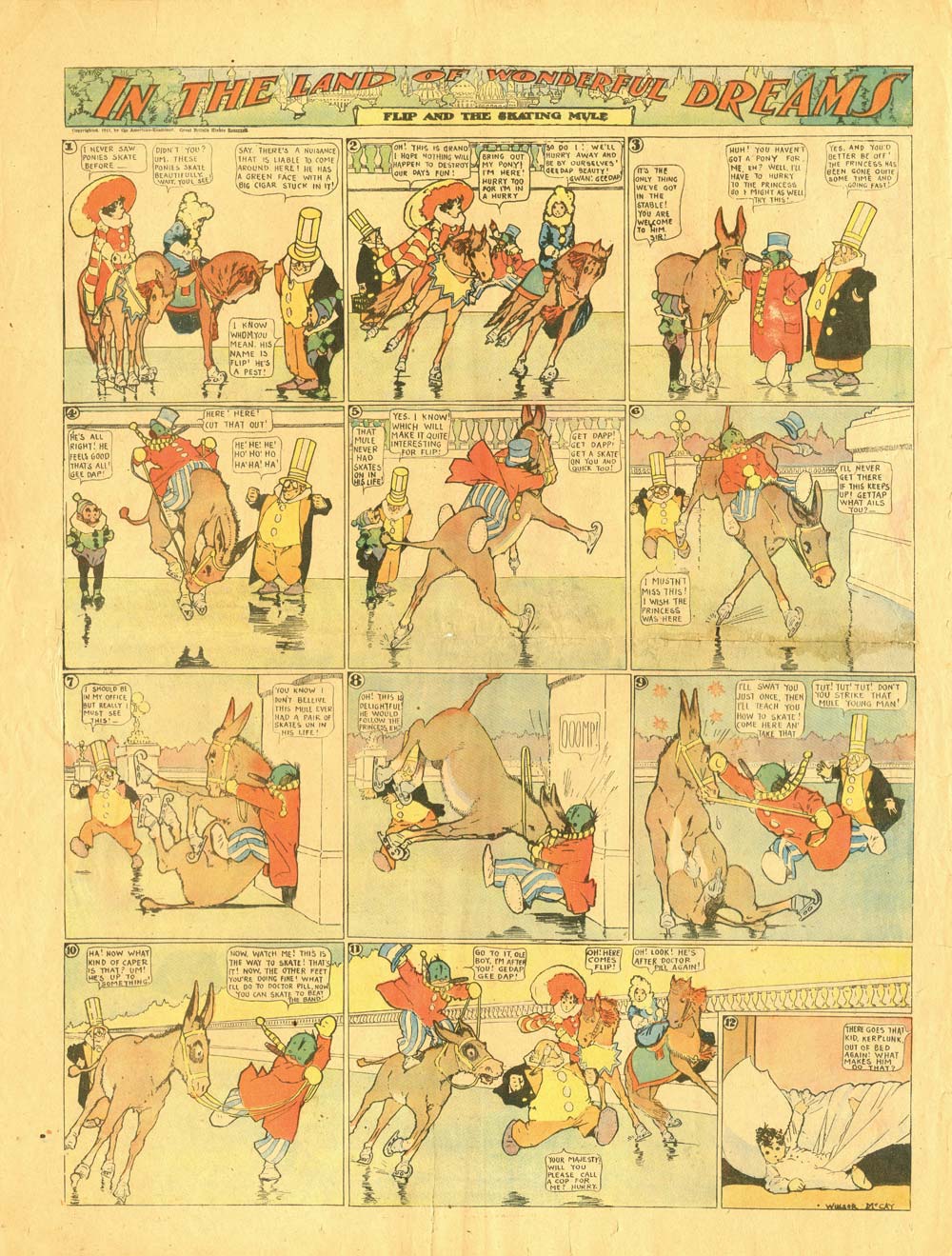