DailyINK reader Bhob Stewart has asked if the term “Wimpy Burger” commonly used in Great Britain for a hamburger, is in any way connected with Wimpy, the burger fiend of POPEYE.  The answer is yes. 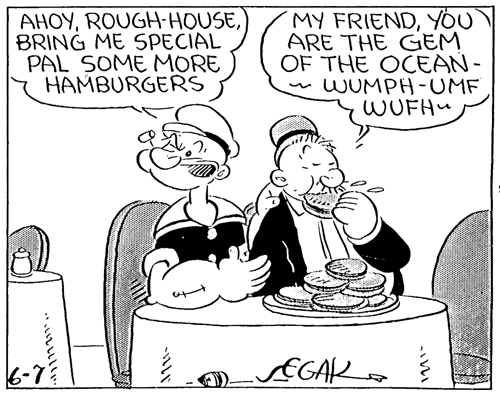 POPEYE began appearing in the London Daily Mirror in the 1930s, and the Brits were so impressed with J. Wellington Wimpy’s fascination for the humble sandwich that his name became attached to it: first as a generic slang term, and now as a (totally unconnected with King Features) chain of U.K. restaurants.

Another incidence of the POPEYE strip giving a term to the world was “Goon.” These startling, horror-movie type creatures initially served the Sea Hag to pull off evil schemes against arch-enemy Popeye. Later, a nice Goon named Alice became a friend instead, but the name “Goon” became synonymous with “thug” or “henchman.” 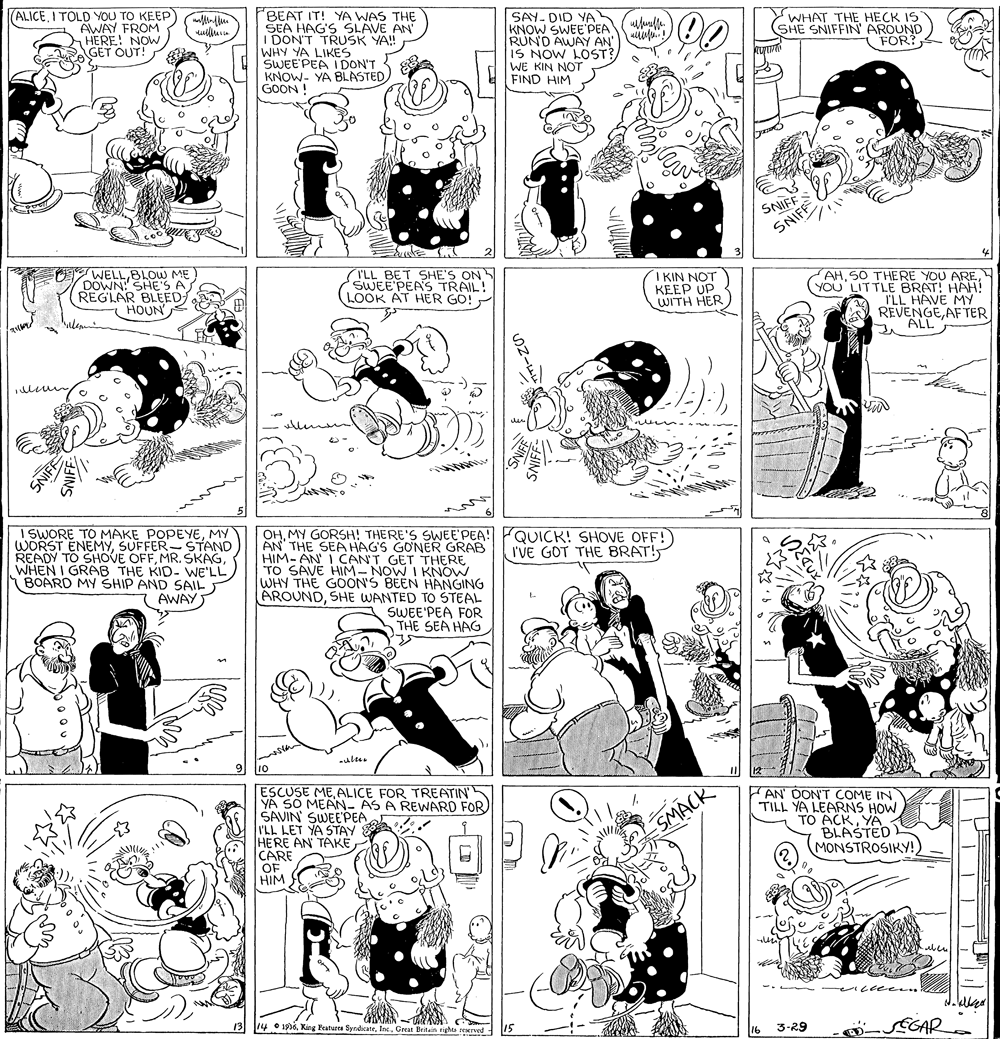 Popeye’s mind is changed about Goons.

One more term, which is widely known and commented on, is on the subject of “Jeeps.”

E.C. Segar created a small critter named “Jeep” that could do fantastic things like disappear and reappear somewhere else.

The legendary four-wheel, all-terrain vehicle built for the U.S. Army during World War II was technically known as a Willys MB or a Ford GPW, but got its’ nickname, Jeep, because of its’ seemingly magic, Jeep-like ability to go almost anywhere and withstand all sorts of battlefield and weather conditions. 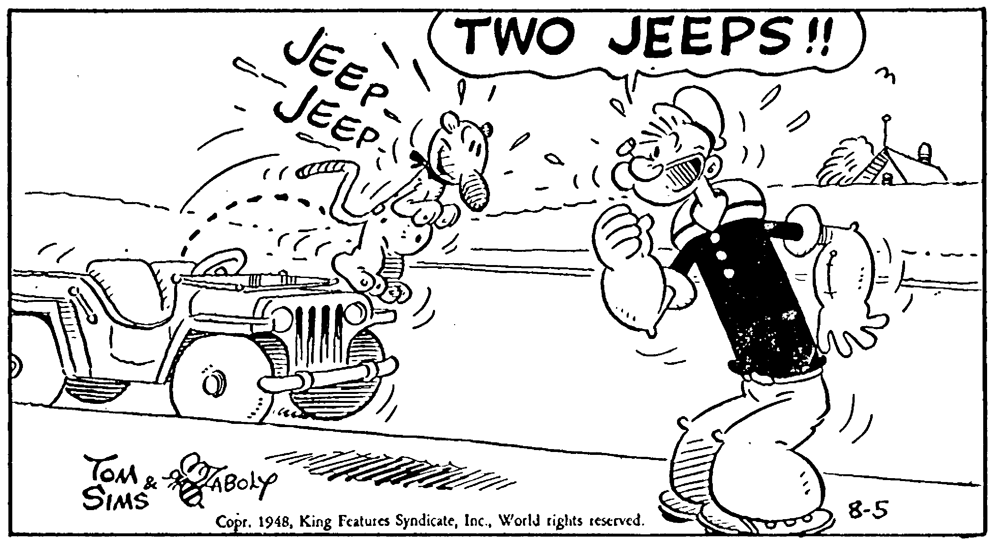 In the spirit of the season, I’ll leave you with another image from POPEYE, but instead of turkeys, cranberries and busted diets, here is a scene from after the feast is over.

King Features wishes all of our DailyINK readers a Happy Thanksgiving, and many bargains for those of you shopping on Black Friday.