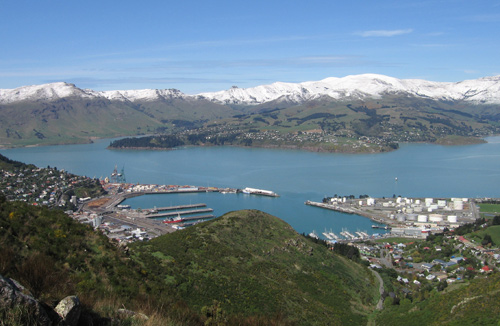 I moved to Lyttelton in 2004, met my boyfriend there that same year (he had a flat at number 6, London Street and I had a studio above it) and lived in the town for 4 years. I helped the boyf and Project Lyttelton (PL) set up the Lyttelton Farmers Market in 2005. It has run every week since the first Saturday in September 2005 and last weekend was the first time it didn’t  happen (it even ran on the day of the September earthquake last year). PL are hoping it will go ahead next week. 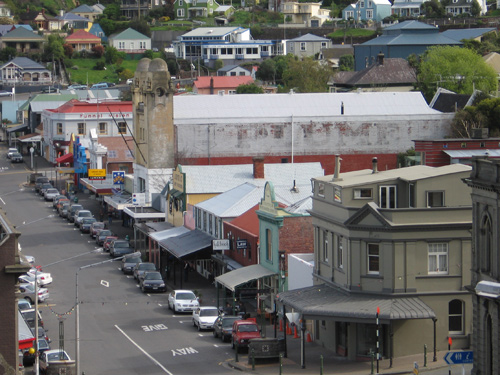 The boyf renovated and rebuilt the building on the corner of London Street that you see in the picture. At the time, we thought that the earthquake-proofing was overkill, but it is still standing and we are glad that it didn’t collapse and injure anyone (he sold the building and moved to Melbourne last year, though he still has a house in Lyttelton). 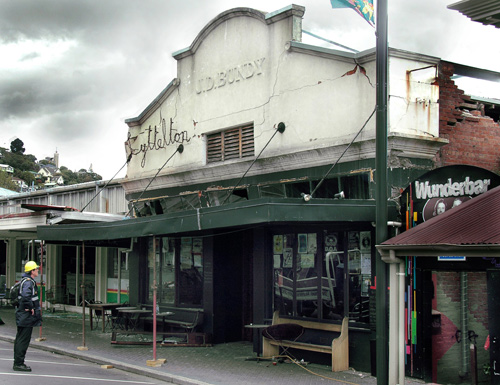 We know most of the people who run the businesses in Lyttelton and our hearts go out to them. The Lyttelton Coffee Company boys have been keeping it going with a stall on the street and this is typical of the community spirit in the town (the Street Party went ahead at the weekend for the locals). We hope the community can stay together and rebuild the town in a way that keeps the soul of Lyttelton alive.