If you don’t believe the scientists, look at the raw data 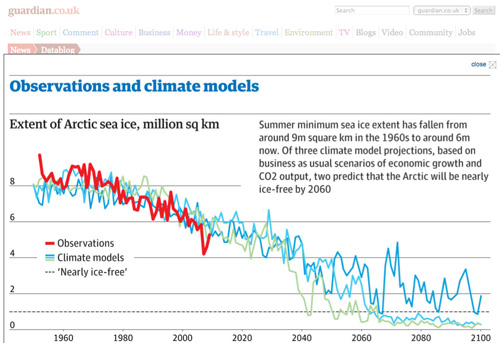 Great article in the Guardian about how Met Office data shows the dramatic warming in the Arctic and worldwide.

Climate change scientists have started a fightback against sceptics who argue that the observed changes in the Earth’s climate can largely be explained by natural variability. This comes after the email hacking furore.

A major Met Office review of more than 100 scientific studies tracking the observed changes in the Earth’s climate system finds that it is an “increasingly remote possibility” that human activity is not the main cause of climate change.