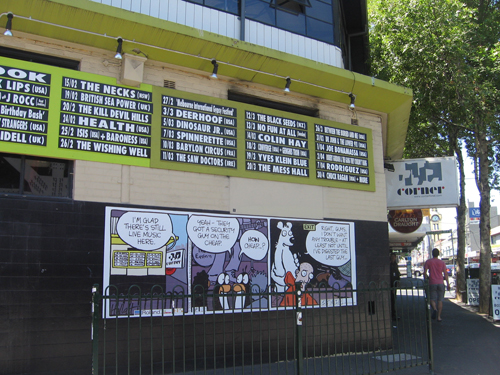 Some time ago, I entered a little competition to have a comic strip blown up to billboard size and put up on the iconic Corner Hotel (a pub known for its live music) in Richmond, Melbourne.

I won the latest round and the strip will be up until 27th Feb. 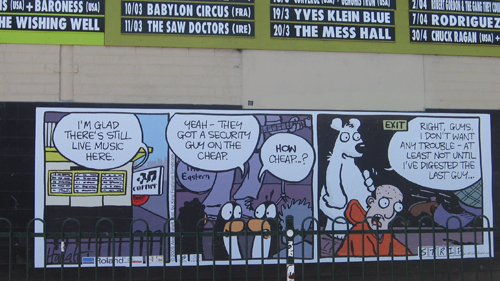 I asked one of the many security guys milling about the entrances what he thought of the cartoon. “I like it,” he said, “the polar bear in the last panel reminds me of one of my boys – he’s built just like him”.

I also finally got to make good on a promise I made to Adam of The Eastern. I can’t remember why, but I said I’d put his band in one of my comic strips. They are playing in the background of panel 2. 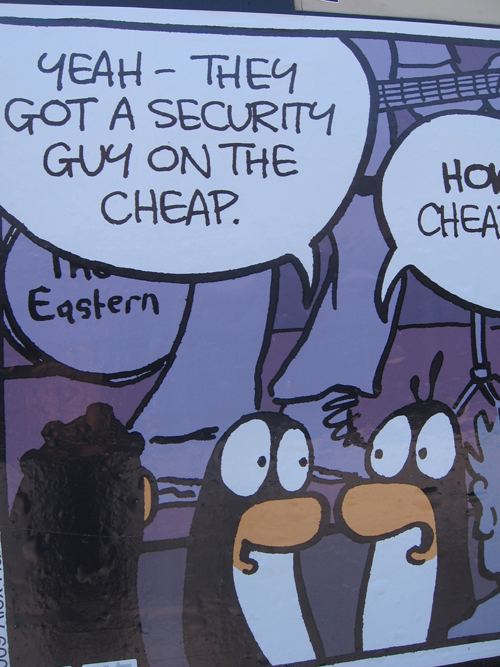