The Story of Stuff

The Story of Stuff is a cute little animation explaining what happens to all the stuff we buy, consume and ultimately (often far too quickly) throw “away”. 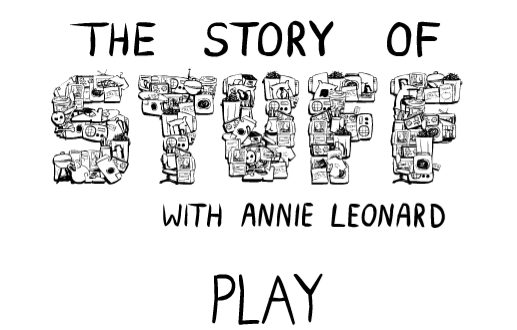 The Story of Stuff is expanding. Or rather, it is splitting off into specialized areas. Leonard and crew wanted to respond to the many requests from viewers over the last two years to make films on specific topics. However, there were two things stopping Leonard from doing just that some time ago. First, Leonard points out that she doesn’t have that kind of specialized knowledge – she spent, literally, 20 years thinking about the issues that went into the original The Story of Stuff, and would need to tap the minds of experts in the various specialized areas people want to know more about. The other problem is facilitating the activist flame that is kindled up in viewers after watching the films. Her group just doesn’t have the resources to funnel people towards appropriate outlets.

Read the full article to see how The Story of Stuff is expanding to tap into viewers’ desire to act. And if you haven’t seen the animation, I recommend it: it’s great fun, as well as being informative.