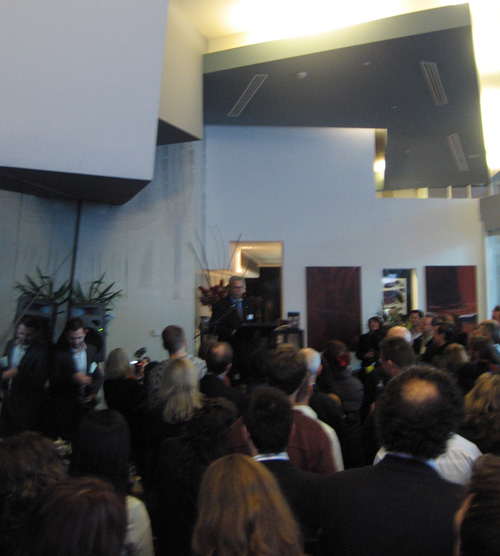 We went to a Melbourne Sustainability Drinks last week. The speaker was Philip Wollen:

Philip Wollen, former vice-president of Citibank, general manager at Citicorp and once one of the top 40 head-hunted executives in Australia – now facilitator of kindness will discuss how to use venture capital for good causes, radical banking and his aim to “give it all away”…

This was partly true, but the main thing he talked about was how not eating meat is by far the biggest thing any of us in the room could do to prevent climate change. Probably true and difficult to do. One of my friends left, depressed, shortly after he said that everyone in the room had one thing in common:

Ouch. After the talk, boyf and I went to dinner. I had aubergine parmagiana. He had spag bol.