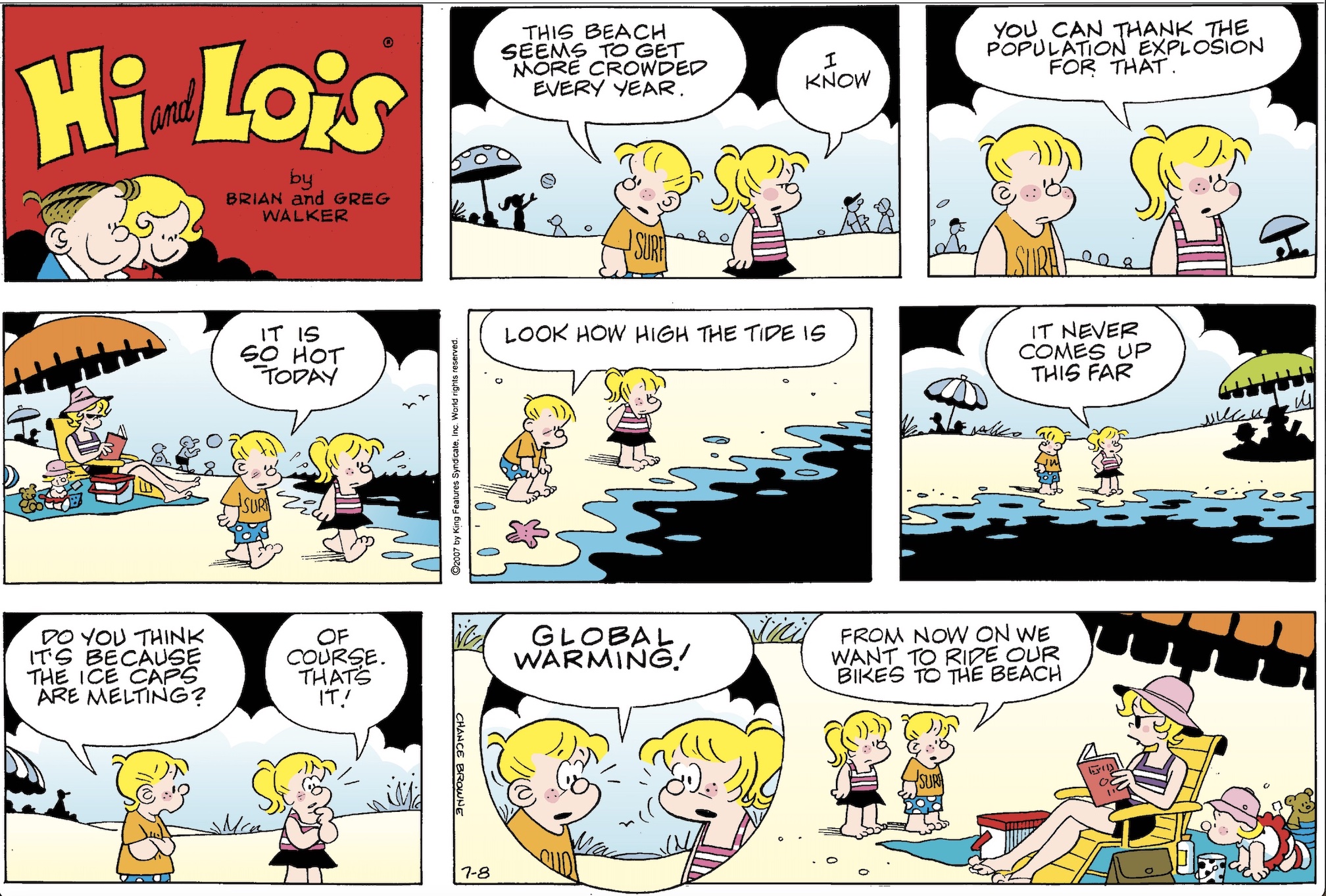 We usually try to avoid controversy in Hi and Lois. Although it shouldn't be, climate change is an issue that gets readers riled. Every time we do a gag like the Sunday page above, we get comments from angry fans telling us to stop making political statements in the strip.

It seems natural to us that the twins would be concerned about global warming. Their conversation is innocent and their willingness to come up with a solution is admirable. Who could object to this?

Most scientists agree that our planet is getting warmer. Some people are convinced that this is a hoax. We certainly don't want to get in the middle of the debate but it seems irresponsible to totally ignore it. So we occasionally need to address the topic.

In the episode below, from 2016, the twins are at the beach again, making observations about changes in the climate. Eric Reaves drew some spectacular scenes of the warming atmosphere, melting glaciers and rising seas. The gag at the end provides some comic relief to this alarming series of images. 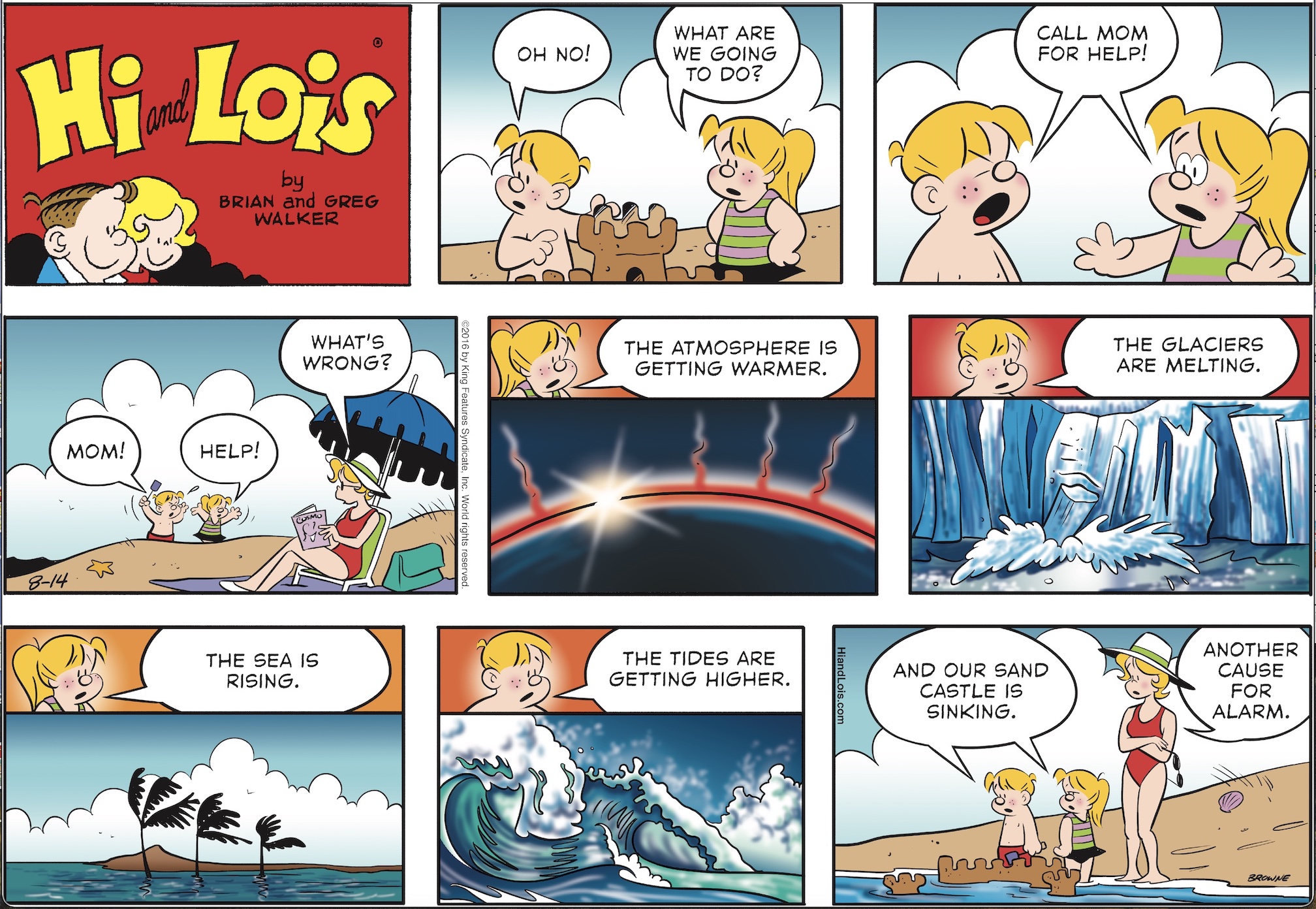 Next week, we promise to conclude our summer beach break with more lighthearted humor.