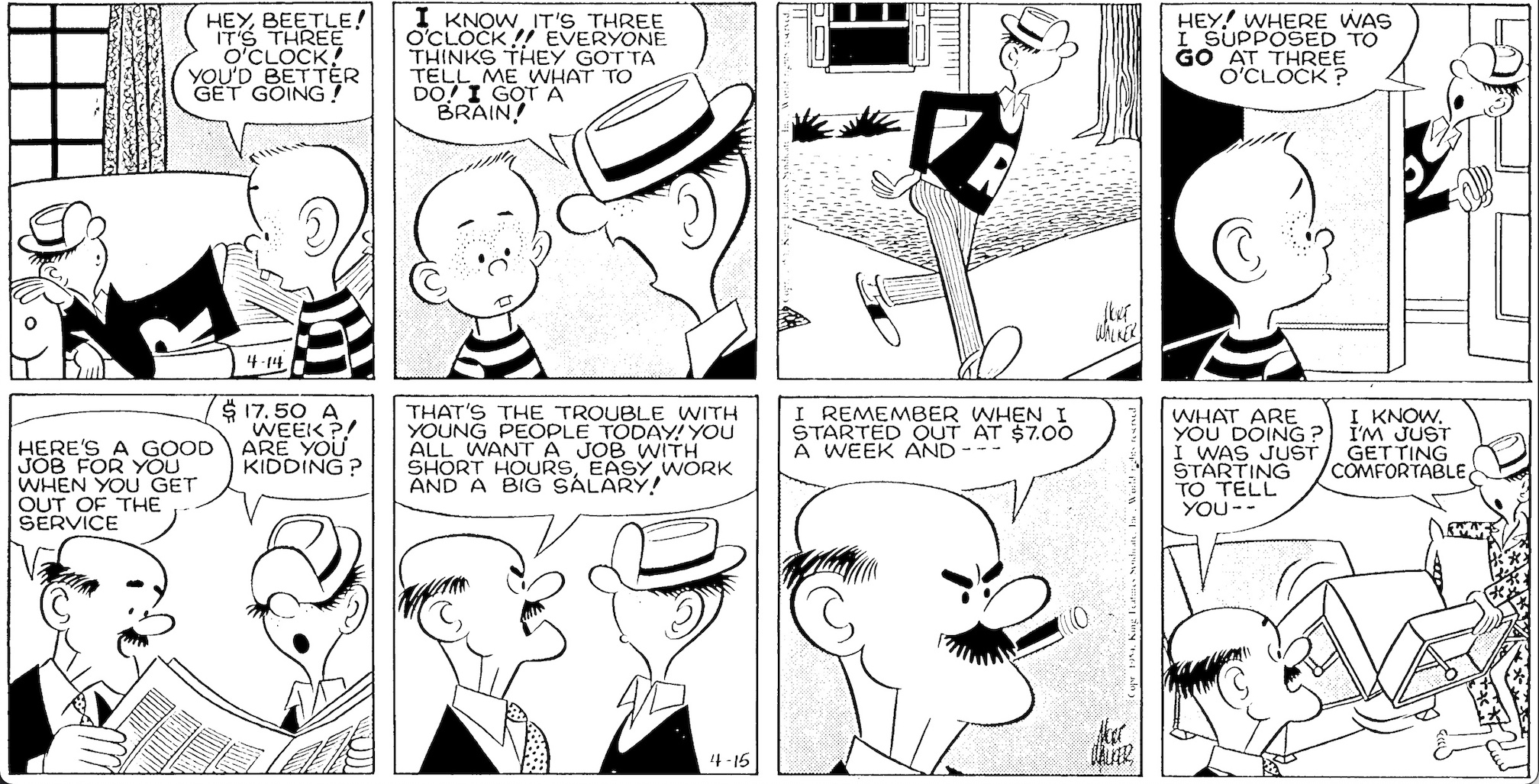 In the second installment of Beetle's 1954 furlough, his little brother Chigger tells him to get motivated.

In the second strip, Gurney "Pa" Bailey is doing some job hunting for Beetle so he can be gainfully employed when he gets out of the army.

Beetle's future is being further discussed by the entire Bailey clan in the strip below. 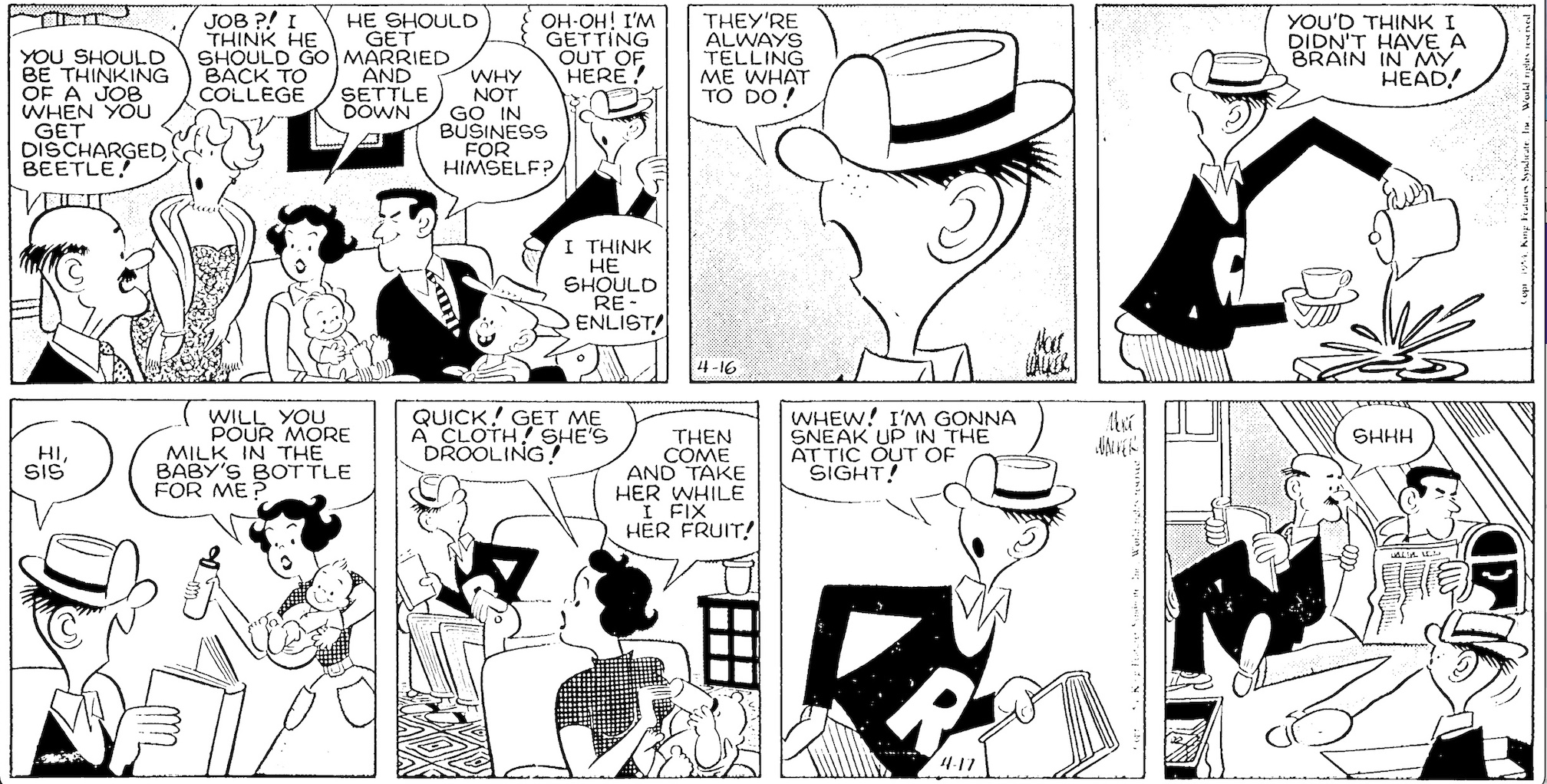 In the strip above, Lois asks her brother to help with the baby.

At this time, Mort Walker was seriously considering returning Beetle to civilian life.

Come back next week to see more of the onoing debate about Beetle's future.