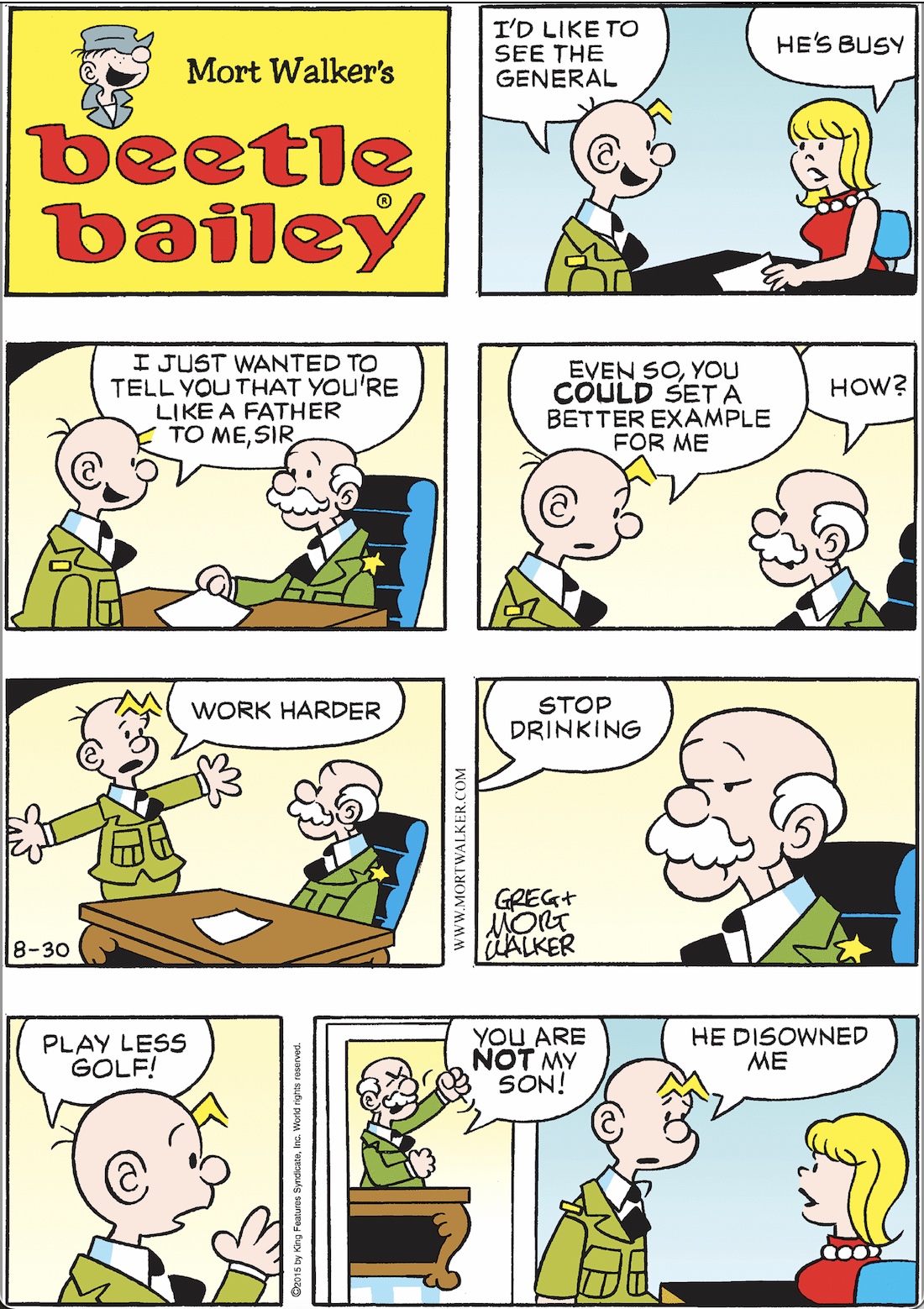 Since Beetle Bailey is not a family strip, like Hi and Lois, Father's Day is rarely celebrated. But there are relationships among the gang at Camp Swampy that are similar to traditional family roles.

Lt. Fuzz looks up to General Halftrack as an authority figure but he still can't resist criticizing him while showing his respect. The General treats Fuzz like an illegitimate son.

Sarge is more like a mother to his boys. He is constantly disciplining them, but is also very concerned for their welfare.

In the strip below, Beetle and Killer are hoping that celebrating the holiday will get them the day off.

Of course, all of our characters have parents but they are rarely shown. One wonders what Sarge's father might have been like.

We hope all of our readers take the time to honor their fathers on this special day.