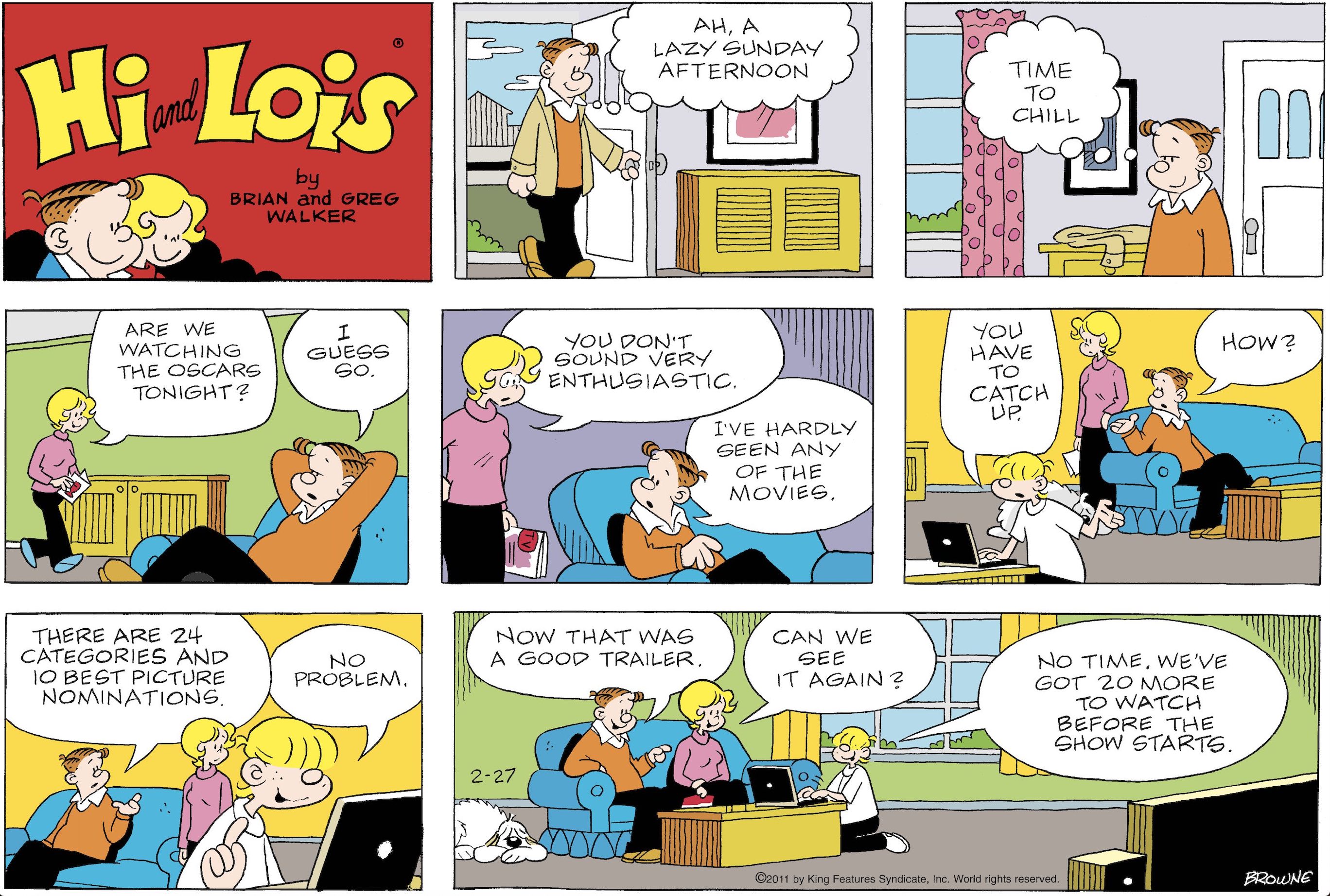 Americans love their movies. Although they currently have many options to view film entertainment, the ulitmate experience is stilll widely regarded as watching a movie on the big screen in a theater.

During the pandemic, theaters around the world have been closed to live audiences. Streaming services for home viewing are thriving. Will theaters ever make a comeback? It's hard to predict, but we hope so.

Every year since 1929, the Academy of Motion Picture Arts and Sciences has recognized excellence in the field by presenting gold statuettes, know as "Oscars," to deserving recipients.

The Sunday page above was done after the Best Picture category was expanded to ten nominees in 2010. As with many busy parents, Hi and Lois haven't had the opporunity to see all the films, so Chip comes up with an ingenious way for them to catch up.

Oscar night is one of the most glamourous events of the year. In the "red-carpet special" that proceeds the ceremony, film stars are shown entering the theater where the awards are handed out.

In the episode below, Lois enjoys seeing all the gowns the actresses are wearing. She is less interested in watching the awards. 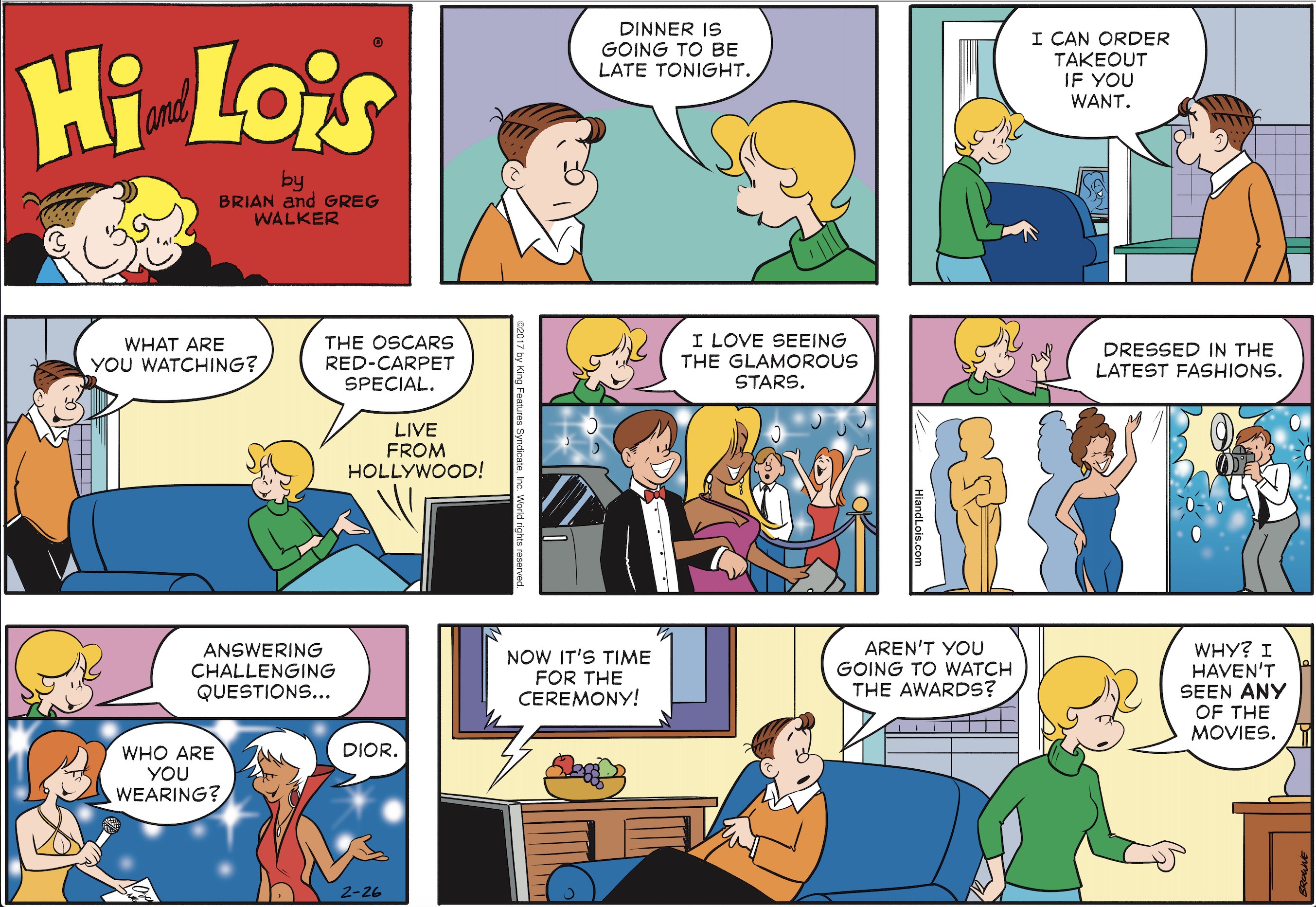 We hope all of our readers enjoy the Academy Awards ceremony this weekend and get to watch movies in a theater sometime in the near future.