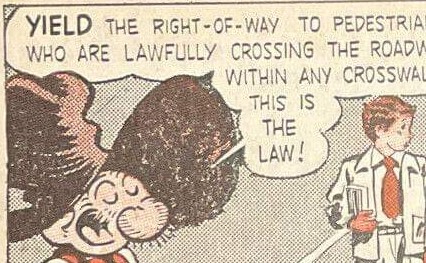 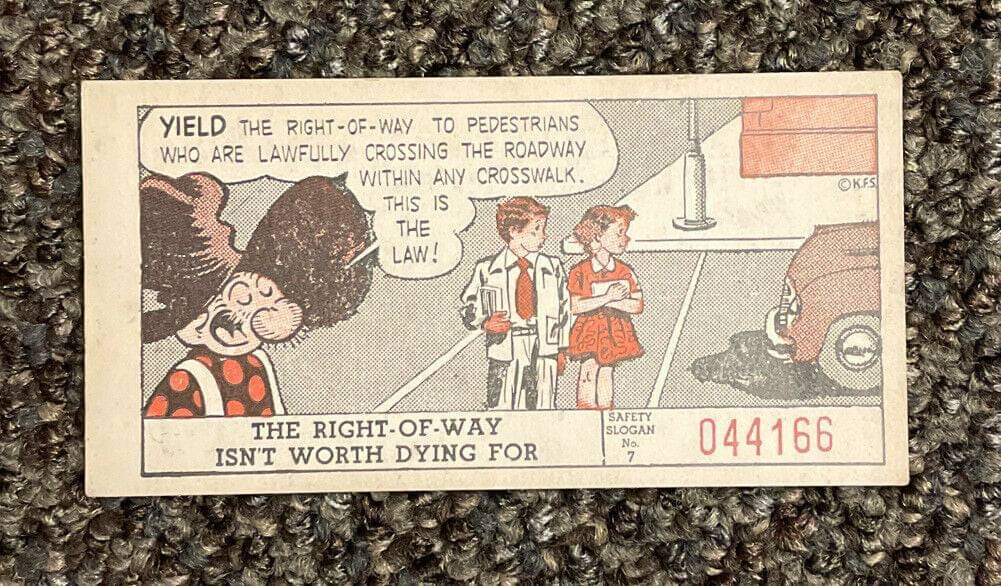 In 1953, King Features comic strip characters were featured on Safety Cards through a contest held in Hearst newspapers. The cards would show KFS characters talking to children about safety. Each card had an individual number and, if yours was one that was picked, you would win varying amounts of cash. Above is the Snuffy Smith Safety Card.  Bodacious thanks to Barney Google And Snuffy Smith reader Fred Grandinetti who sent me this photo.  I had seen other vintage Safety Cards featuring KFS characters, but I had never seen this Snuffy's card until he sent this to me.