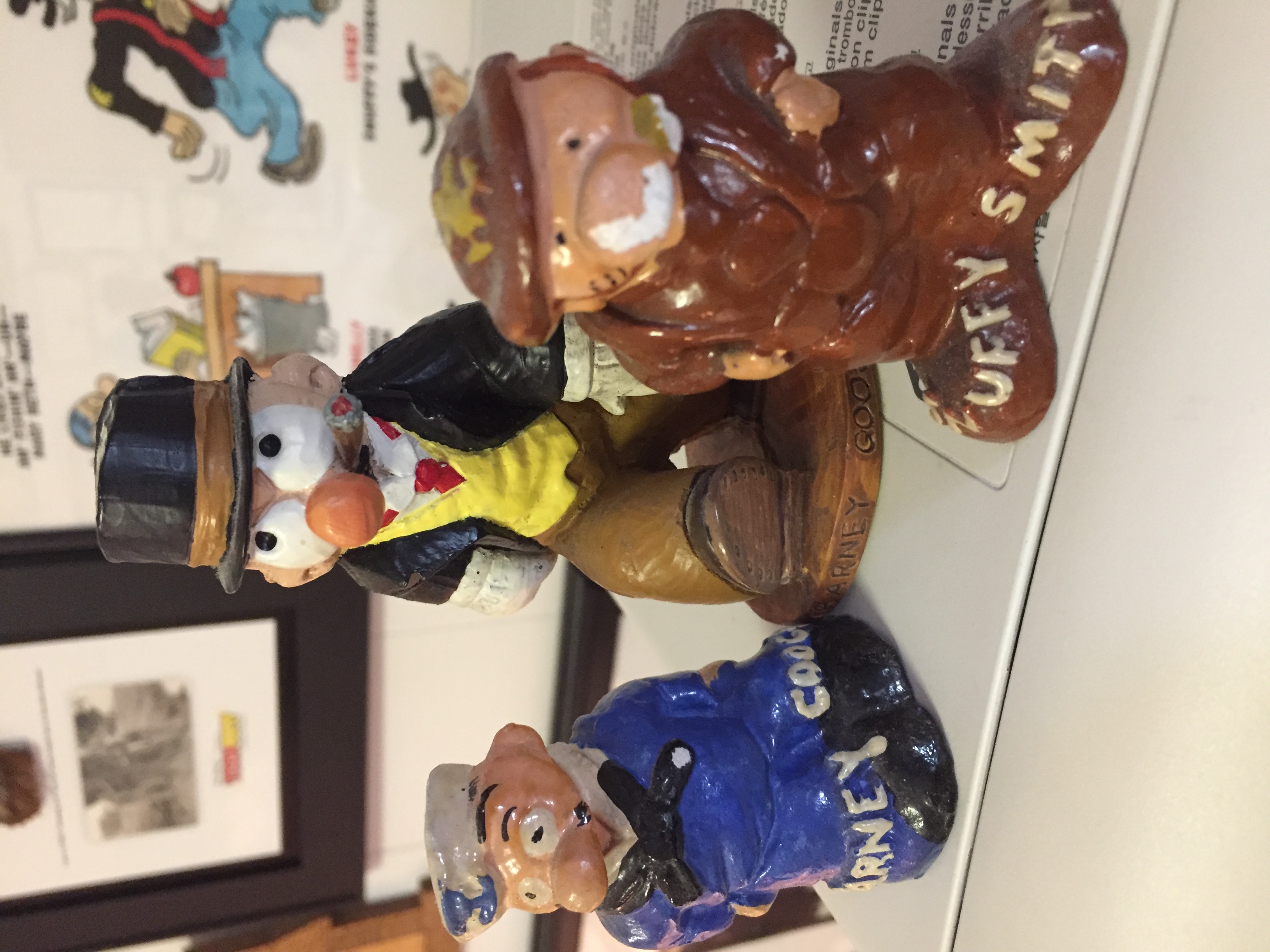 Today I thought I'd share a photo that showcases a few items in my studio.  All three of these figures sit on a bookcase above my drawing board and I'm sure I draw inspiration from them often.

In the center is a statuette of Barney Google created in 2004 by Dark Horse as part of their Classic Comic Characters line.  It was given to me as a gift from a friend and fan of our Barney Google And Snuffy Smith comic strip.  The two figures on either side of this statuette are vintage 1940s Barney Google (left) and Snuffy Smith (right) salt and pepper shakers.  During this time in the history of the strip, Barney Google served in the United States Navy and Snuffy Smith was a yardbird in the United States Army. You can find strips from that time period if you look back in the Vintage section of the Comics Kingdom website.   From time to time, I will try to showcase some other collectibles from my studio.