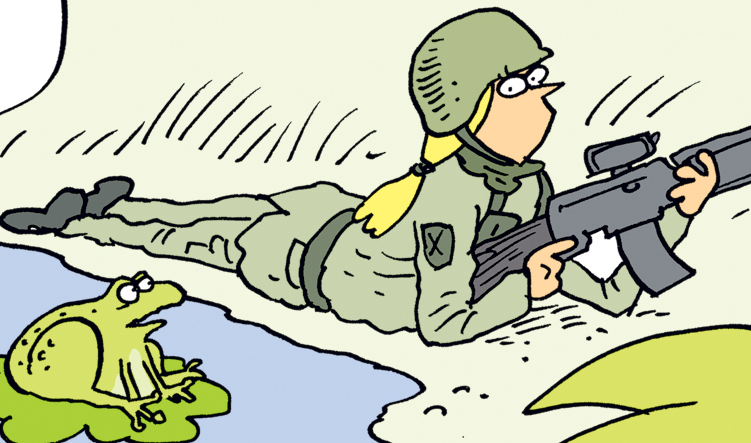 Hollywood, CA – King Pictures has announced today that it is developing a dark and gritty modern day reimagining of ‘The Frog Prince,’ the classic fairy tale by the Brothers Grimm. Stephen Spielburger will direct the feature based on a script by David Goya, known for his work on the ‘Little Red Riding Hood’ reboot films where the titular character is a super soldier haunted by a mutated wolf in a dystopian, post-apocalyptic city while delivering cookie fuel to her cyborg grandmother. “I am very excited to be a part of this project,” said Spielburger in a press release. “The Frog Prince is a tale that has touched many people’s hearts over the past two centuries. We aim to bring this tale to modern audiences while adding a fresh new twist to this classic tale.”

While details are currently under wraps, reports suggest that it will follow a female US Army soldier who meets an enchanted frog, who claims to be a Commander, in the middle of a battlefield. She must then choose between kissing the frog to call in air support or just calling it in herself.