Having trouble with directions today? Then turn on the voice function and set your coordinates to this week's Top Ten Comics on GPS comics! Actually we'll do it for you. All you gotta do is make a turn in .5 miles and read on.

Don't forget to leave a comment and tell us which topic you want us to tackle next!

A special look inside NASCAR vehicles.

By far the smartest and most useful GPS system we've seen.

Maybe there's a functionality for when you're on the same lonely road for miles? 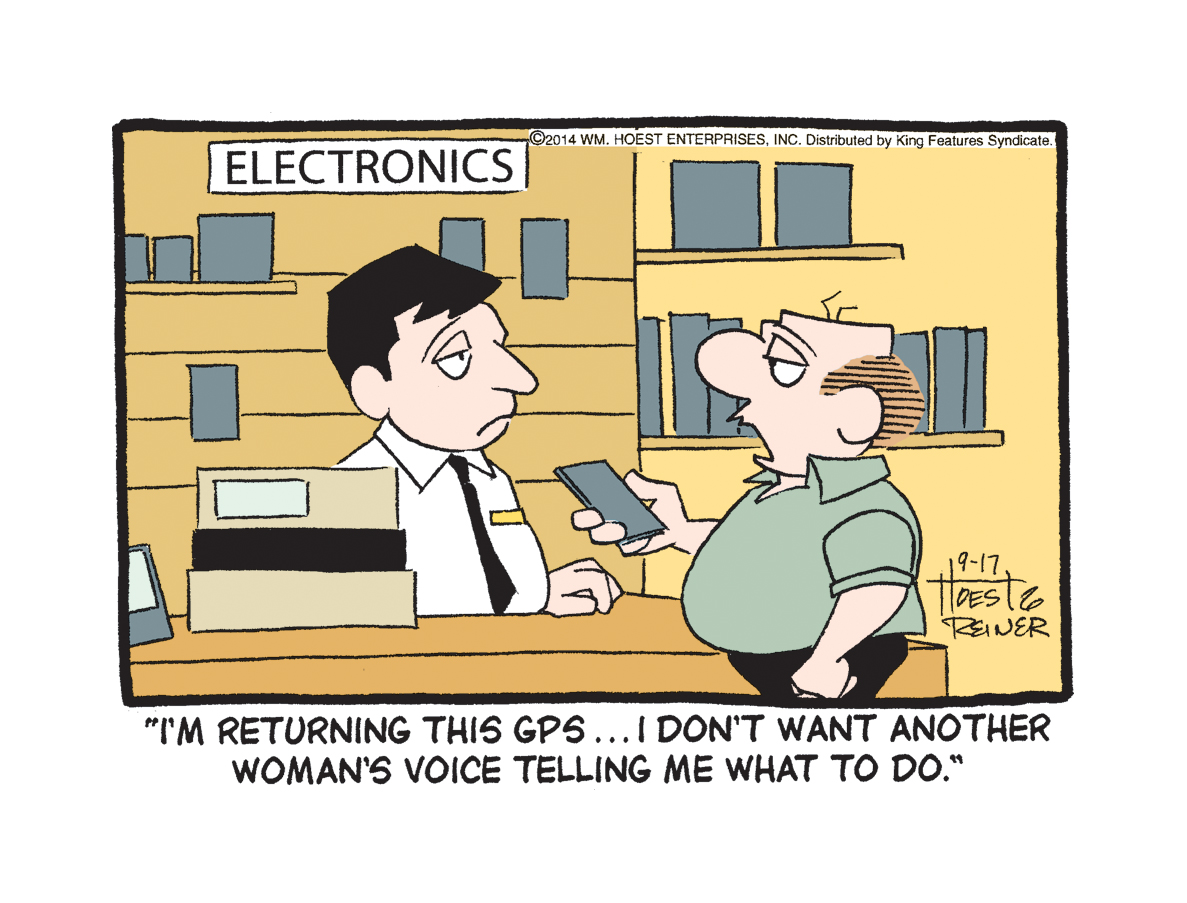 Of course Leroy doesn't want to admit the consequences of not listening.

A feature that nobody asked for and will probably never be made...But intriguing nonetheless.

Fun fact about sharks. When they don't eat burritos, at least.

Friendly reminder to always keep a real map with you at all times. That naggy voice might not always be there for you.

This is the feature that every parent needs.

Why not get a little more adventurous and turn off the voice functionality? Where would Jeremy end up that way? 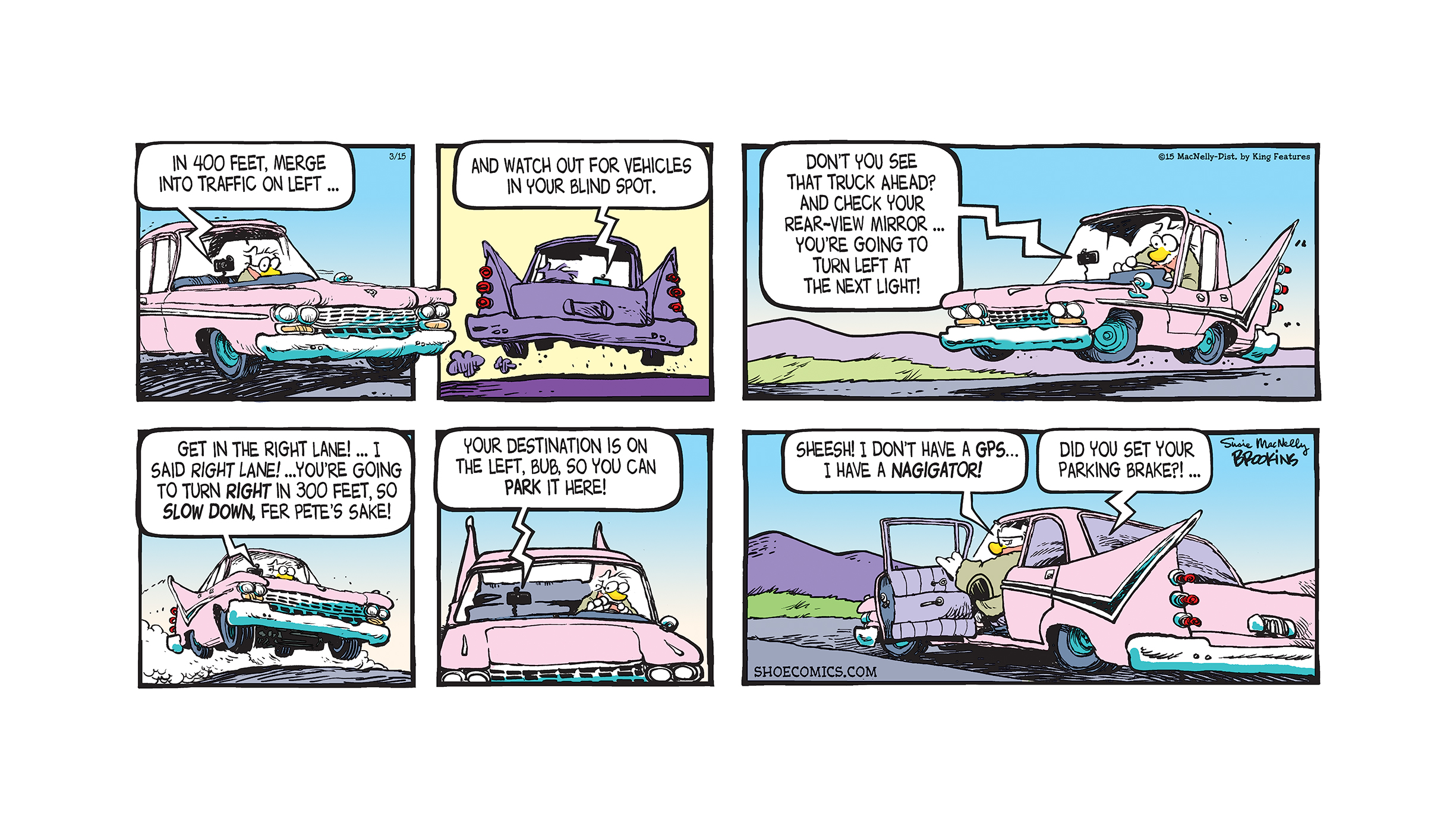 Definitely sounds like the kind of GPS Cosmo would have.