Have you been working on that tan this summer? Need some directions or advice? It’s not too late for that! Let our characters guide you on this week’s Top Ten Comics on Tanning.

Luckily we don’t become edible from getting a sunburn.

From Snow White to Tan Orange.

Best to move away than to get pawprints marked on your tan. 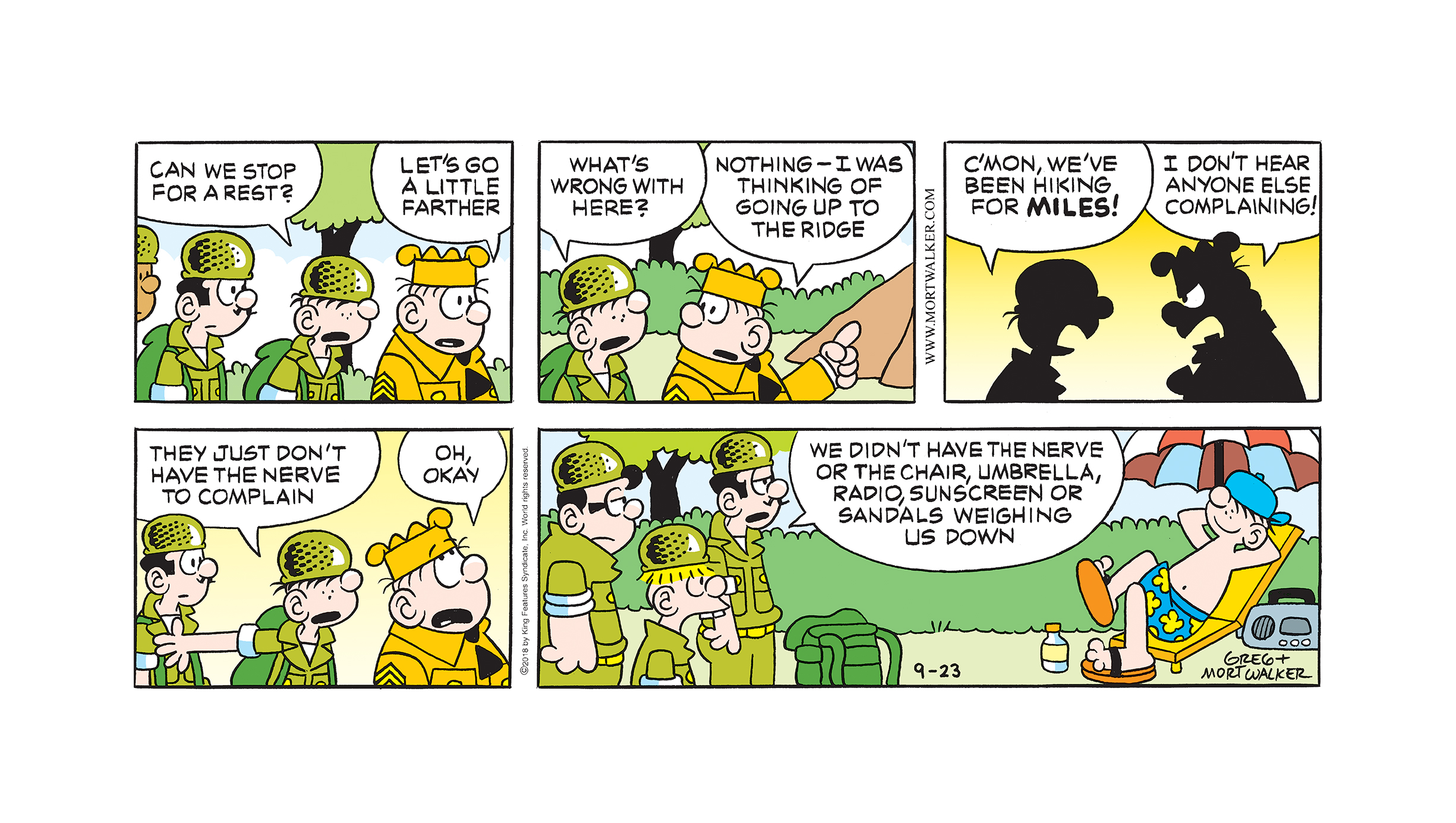 Beetle rarely ever needs to work on his tan, considering he’s always snoozing in the outdoors around camp.

Hard to care anymore after a certain age.

The yard is definitely cheaper than a tanning bed.

Some good advice from Sally. 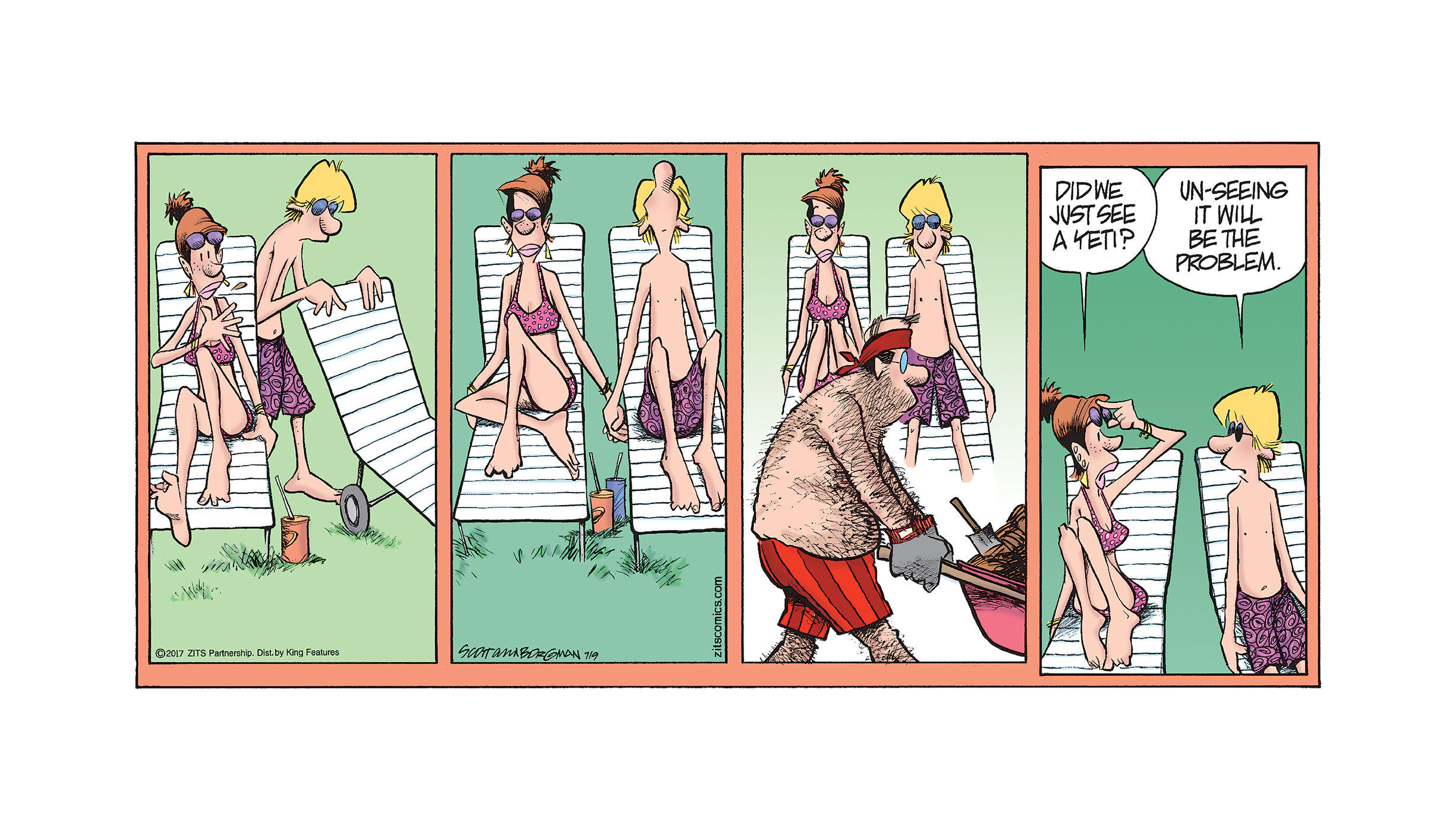 It’s possible to encounter mythical creatures while you tan.

Santa is always prepared for the summer! 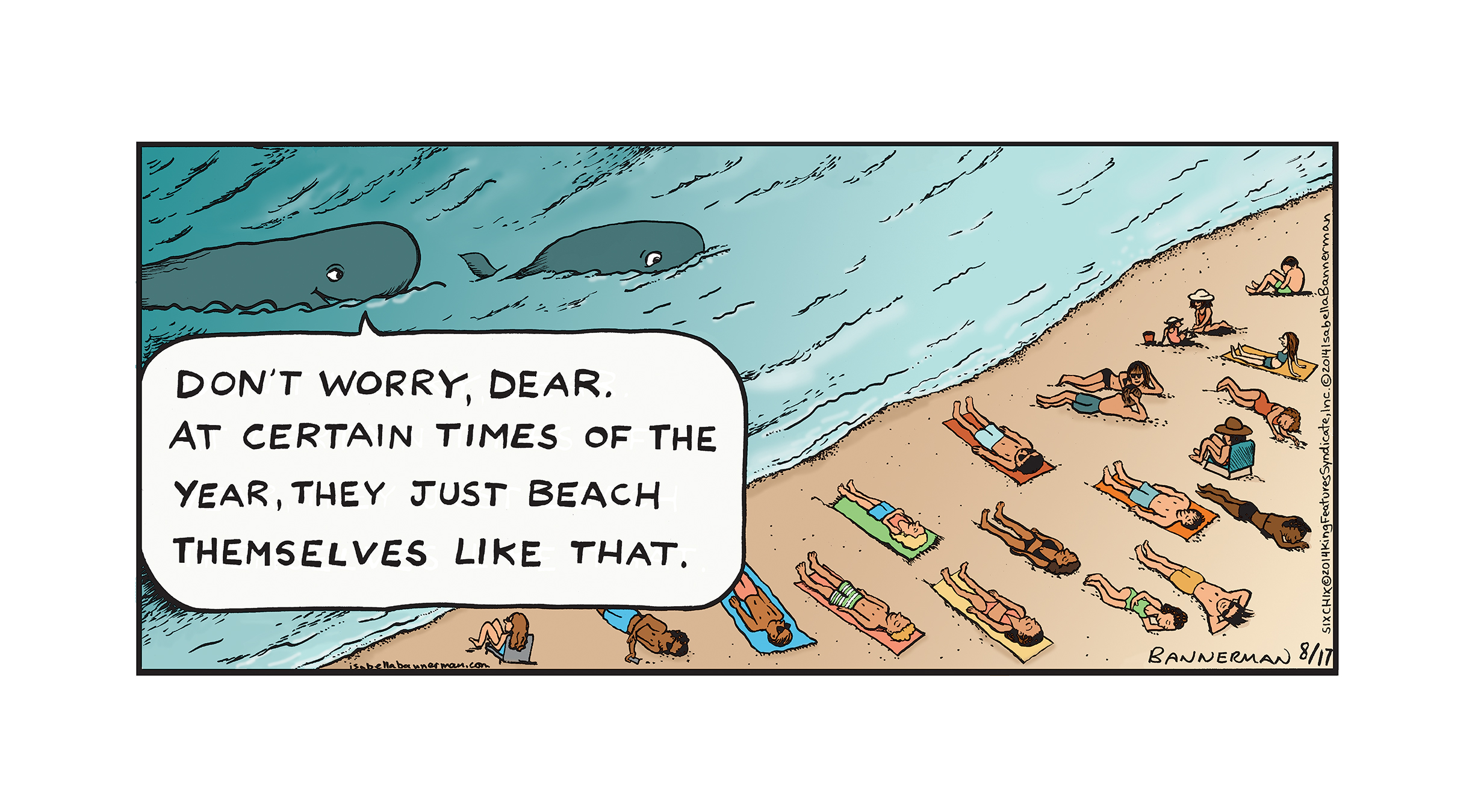 Has anyone ever seen a whale that close to the beach?