A CENTURY OF BARNEY GOOGLE

A CENTURY OF BARNEY GOOGLE

This Monday, June 17, is the 100th birthday of Barney Google, the original star of one of the longest-enduring comic strips in history.

Billy DeBeck, Barney’s creator, was already a seasoned cartoonist and illustrator when he first created Barney Google, beginning his professional career while still in college, and starting as a full-time editorial cartoonist at the Youngstown Telegram in Ohio in 1910. 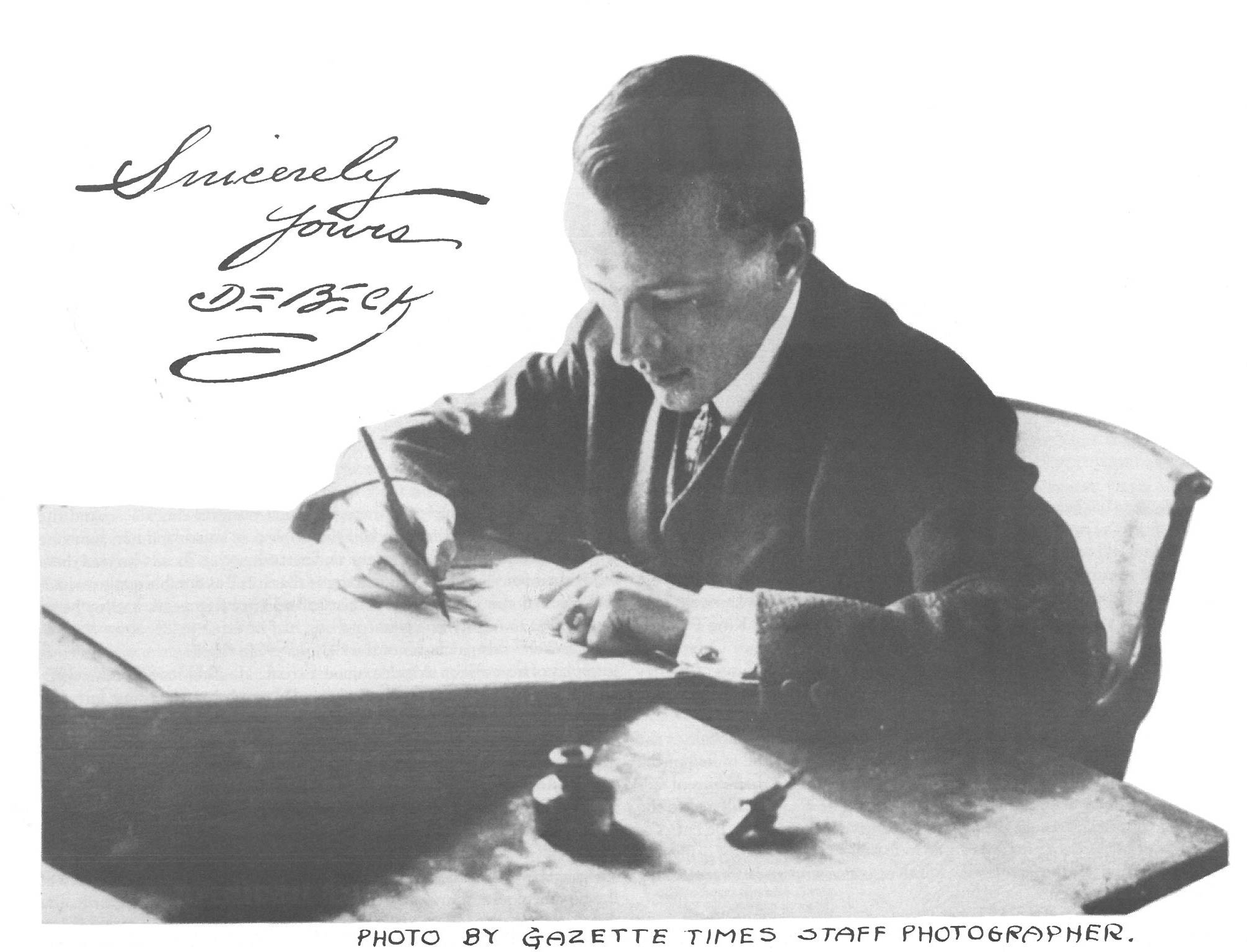 Many of DeBeck’s early cartoons, such as the one below, poked fun at cartoonists and cartooning. 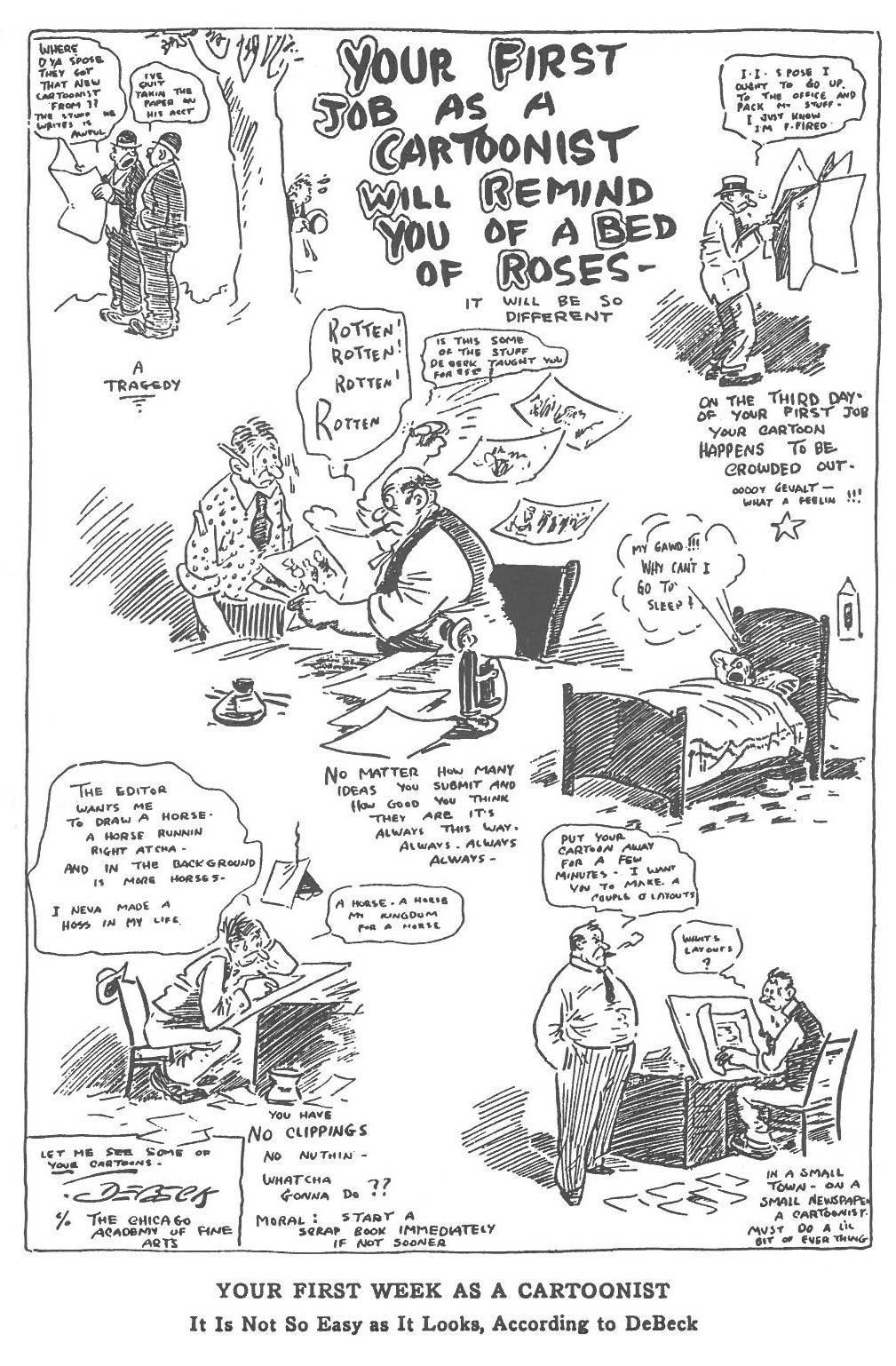 In 1915, DeBeck launched his first successful comic strip, which was called “Married Life.” 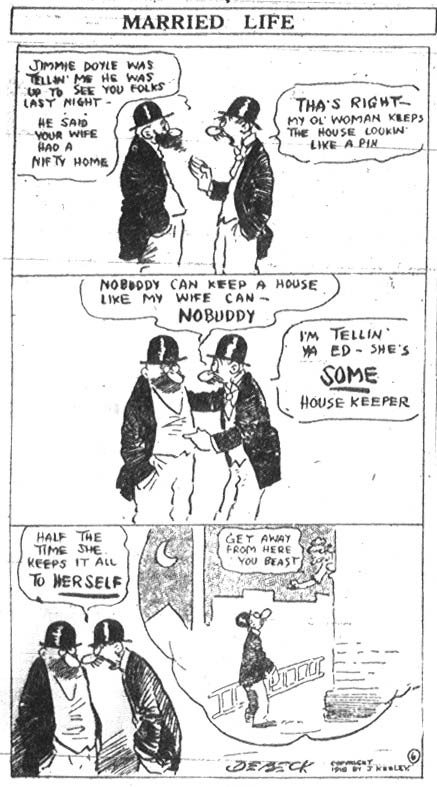 Throughout his career, his comic strips would frequently revolve around mismatched married couples. Aleck, the leading man in “Married Life,” was clearly a blueprint for the man who would become his most famous character—Barney Google!

When “Take Barney Google, F’rinstance first launched, on June 17, 1919, the strip was a domestic comedy about Lizzie (or “Sweet Woman”), who just wanted Barney to be a responsible husband and father, and Barney, who wanted to do anything but.

While Barney Google was a striking success early on, the comic rapidly transformed in 1922 with the addition of Barney’s stupendous (and adorable) failure of a race horse, Spark Plug:

With Spark Plug’s introduction, the comic took on a new life, as it shifted focus more and more to Barney’s adventures at the races—and beyond.

It is hard for a modern audience to comprehend the massive popularity of a comic strip like Barney Google in today’s world. Think beyond popular comic strips today to multimedia franchises like The Avengers that permeate every type of media.

In 1920, as the legend goes, the number “Googol” was discovered by Edward Kasner and named at the behest of his 9-year-old nephew, Milton Sirotta, after the popular comic character.

At the onset of the Great Depression, Billy DeBeck became fascinated with mountaineers of Appalachia, and set off to learn more about them. Visiting Virginia and Kentucky, DeBeck interviewed and sketched the people he met in small villages in the mountains, studied their dialects, and became as fully immersed in the culture as a city man like DeBeck could be.

In 1934, Barney Google followed suit, traveling into Appalachia on his beloved Spark Plug, where he met the characters DeBeck created in an homage to the people who had so generously shared their lives with him.

Enter Snuffy Smith—a character as wily and courageous as Google is artless and cowardly. Snuffy was introduced in 1934, and if Popeye was the first great spin-off character of comic history, Snuffy was the second.

People immediately took to Snuffy, his wife, Loweezy, and their friends and family members in the small town of Hootin’ Holler. So much so that by DeBeck’s death in 1942, Snuffy had become the main character in the strip, now known as Barney Google and Snuffy Smith. 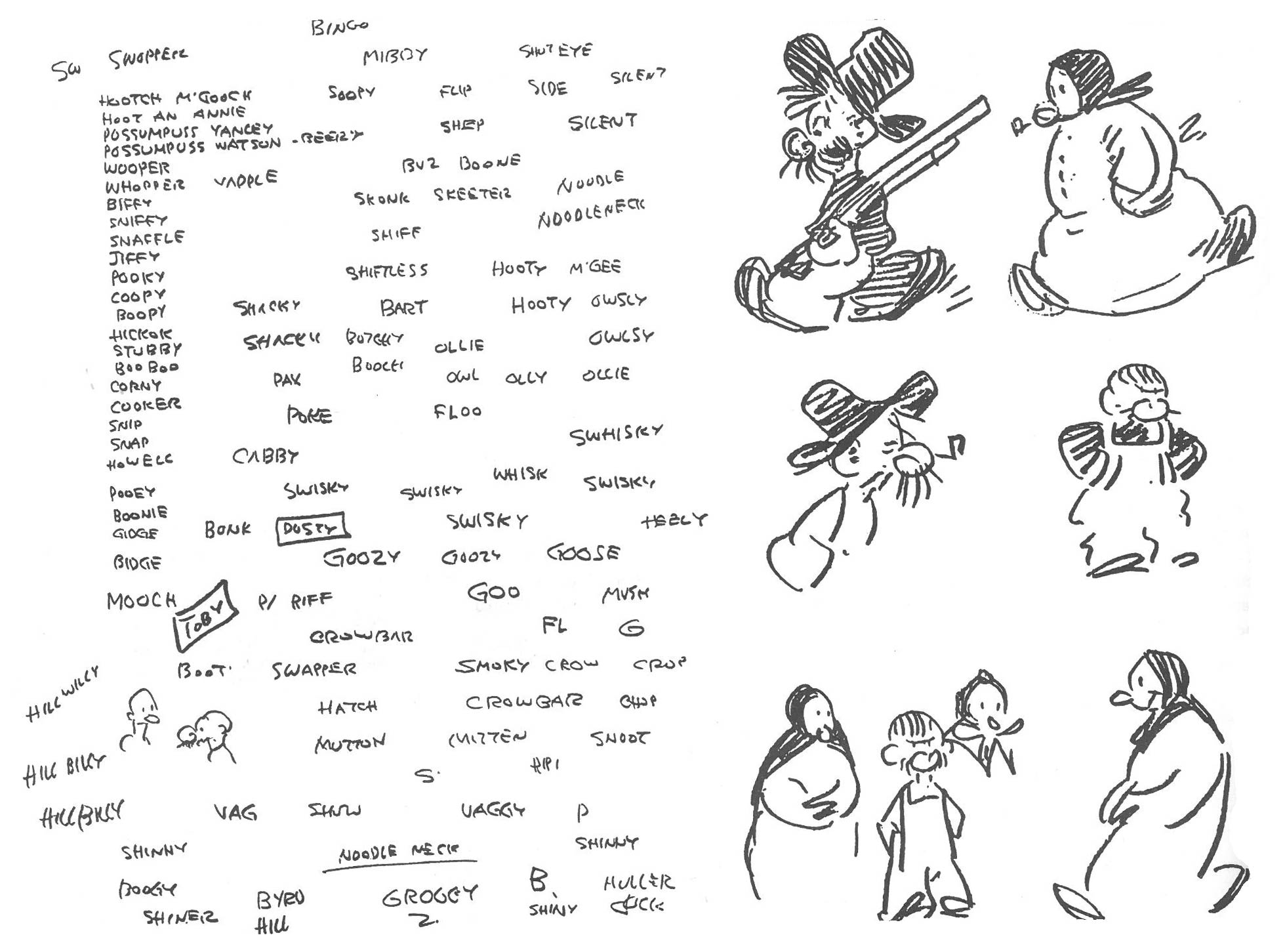 DeBeck’s original sketches of Snuffy and Loweezy, and his brainstorming notes for character names.

After DeBeck’s death, his beloved comic was drawn by Joe Musial from 1942 until 1945, when Fred Lasswell, DeBeck’s assistant, returned home from serving in the Marines during World War II. Fred stewarded the people of Hootin’ Holler through the next several decades, and John Rose succeeded him in 2001.

John takes his role in Barney and Snuffy’s legacy seriously, and you can read his celebration of their centennial year in Barney Google and Snuffy Smith on Comics Kingdom.

Here’s to a hundred more!