It’s Popeye’s 90th birthday, and we are launching a year of celebration! 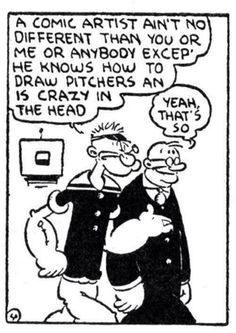 It’s no secret that E.C. Segar loved cartooning and comics so much that he often worked them right into Thimble Theatre (such as in the above panel). He enjoyed poking fun at his chosen profession, and had a sense that cartooning was for everyone– respecting even newcomers to his field as equals.

Segar was not only Popeye’s creator, but an artist whose work defined cartooning and has inspired generations of cartoonists working across all genres and formats.

In the 1930s, E.C. Segar started running an feature on the Popeye Sunday Comics page called “Popeye’s Cartoon Club.”  In “Popeye’s Cartoon Club,” Segar, who loved teaching people about art and cartooning, would offer drawing lessons and stories and jokes about cartooning. He’d also invite readers—including his own kids, Marie and Tom—to send in their cartoons or their ideas for cartoons, which he would publish right alongside Popeye and Sappo in the Sunday paper! 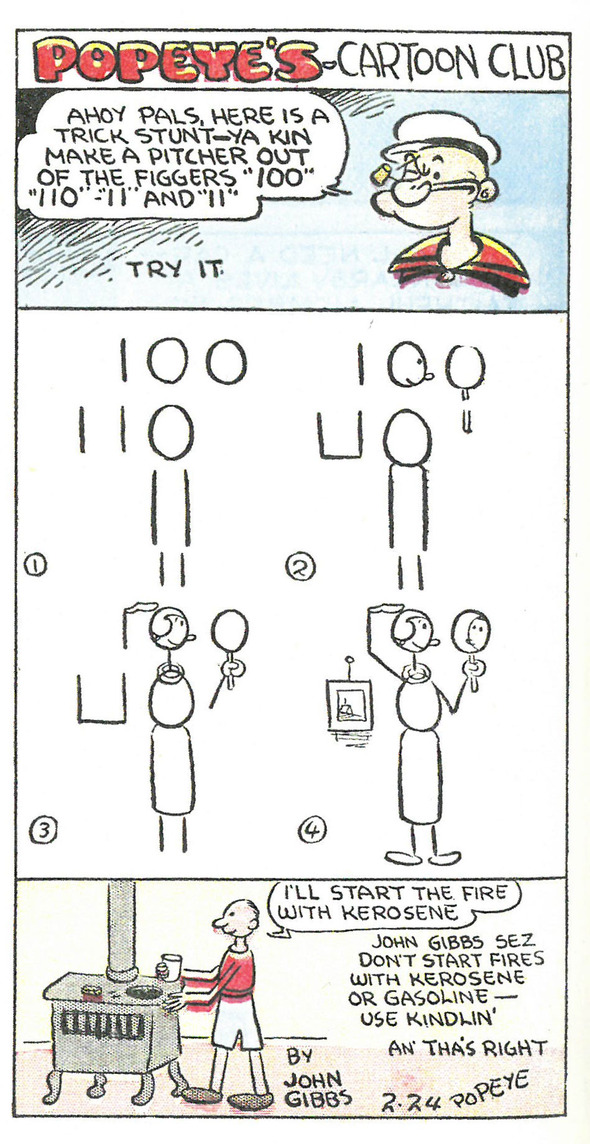 For Popeye’s 90th birthday, we are bringing back Popeye’s Cartoon Club here on Comics Kingdom! We’ll be sharing one new comic strip a week, each written and drawn by a different  cartoonist from around the world—people who draw comic strips, webcomics, comic books, graphic novels, and gag cartoons, as well as illustrators, fine artists, and animators.  Today we start with an amazing comic strip from Liniers of MACANUDO.

Popeye has inspired and entertained so many artists working today, and everyone has their own favorite things about our beloved Sailor Man—you’ll see so many different artistic interpretations of Popeye in our Cartoon Club, and we hope you join us in celebrating #Popeye90! 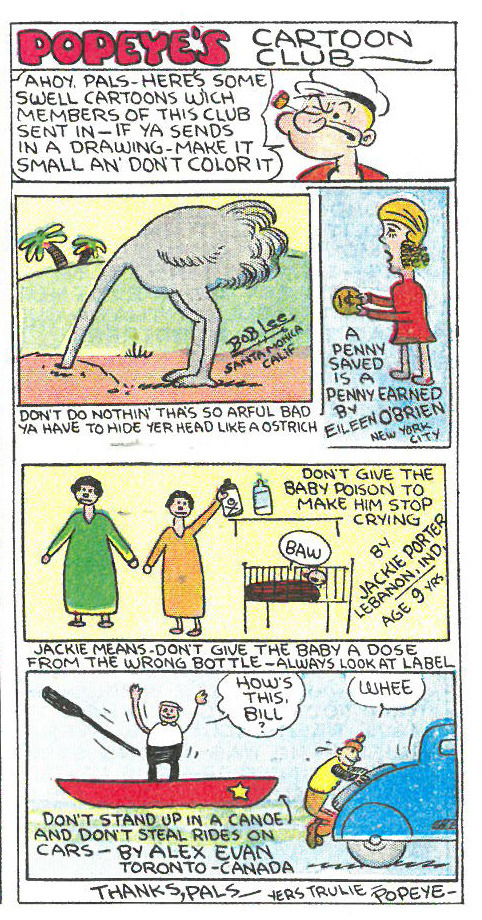