Know the old phrase "herding cartoonists?" No? That's because it got shortened to the more colloquial "herding cats," but cats and cartoonists are a lot alike, and they share a long and symbiotic history, from the very early days when Ignatz the Mouse used to hurl bricks at Krazy Kat with striking (ahem) regularity!

This week, our cartoonists are celebrating the cats in their comics (and lives) in honor of today-- and, let's face it, every day that is brightened by our feline friends.

I am a loooong time cat lover! I brought home my first kitten from the local dairy farm, when I was around 6, and hid him in the closet because I was afraid my Mom would be mad. Not only was she not mad...she discovered her inner cat lady! We had a number of cats growing up and I have had my own crew, too, currently numbering 3. Here is one of my favorites!

This is a cat comic book I co-created that's coming out this fall! 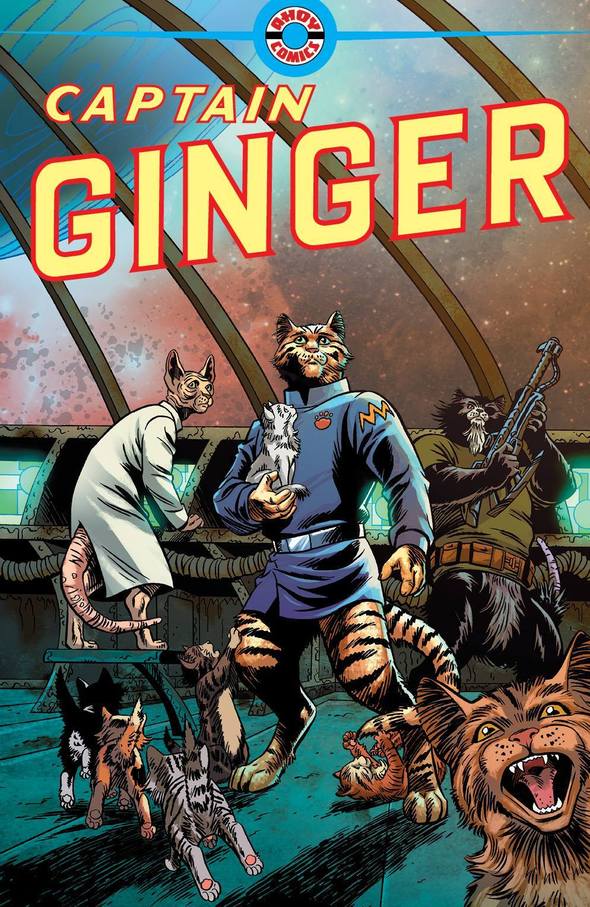 And here's a photo of Mooch and Bruno, my inspiration for the lead characters. 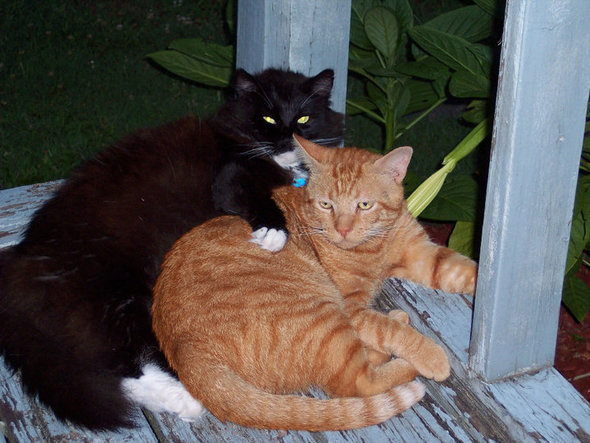 The main cat character in Safe Havens is Palmtop, who spends half of her time as a human (named Pam Topp where she's a college student and dorm resident advisor). Her personality is absolutely consistent in both forms: Haughty, self-centered and resistant to expressions of affection.

A comic strip of mine from the last weeklong visit by Barney Google in June, 2018 featured LOTS of cats! And they sure were a lot of fun to draw!

A scrawny black cat started coming around our house four years ago. We would feed him now and then and his visits became more frequent. He seemed rather calm for a stray so I thought he might belong to someone. I bought him a collar and attached a note with the question: “Do I belong to anyone?” He returned a few days later with the response, “Yes” and a phone number. I called the number and found out that he was hanging around a neighbour’s place too. So we decided to co-share the dude and thus he has become the ‘village’ cat. The vet bills are cheaper, there’s no problem finding cat sitters, and he’s a pretty cool cat. Win-win-win.

"Flix" is Gwen's kitty cat in "Intelligent Life," and I love him like he's my own cat. I grew up with a wonderful cat named "Kit Kat," a beautiful male siamese, and he was my best little pal, sleeping in my bed every night and always ready to relax, be lazy or play anytime I was. I miss that little guy so much... deeply. I was so happy when Gwen "found" her kitty cat at a shelter, and eventually named (ok, he helped, actually) him "Flix," (because of his proclivity to watch TV with her... not to mention cosplay, etc.!). I LOVE the Flix strips. Flix, to me, is my homage and connection to my best little friend in the whole world as a kid, Kit Kat. <3 Here are a few of my favorite Flix strips.

I'm fairly certain that the International Cartoonists Union's bylaws require at least one cat in every cartoon studio space.

We live with two cats, and they definitely think of themselves as my creative collaborators. They'll often correct my typing by rolling on the computer keyboard, and remind me to take a break to scratch their ears.

Their behavior and personalities also inspire many cartoon gags. Here's an old favorite from 2013 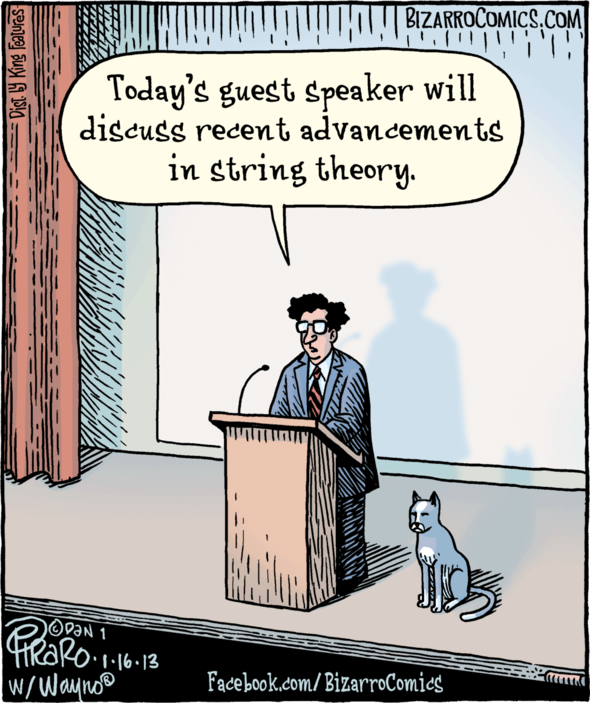 I grew up with a dog as a pet, but for most of my adult life, we've shared our home with cats. Each one has been unique, fun, and affectionate, and my life has been better because of their companionship.

My latest studio assistants (and family members) are (left to right) Jackson and Foster. They're best pals, but they let me hang out with them. 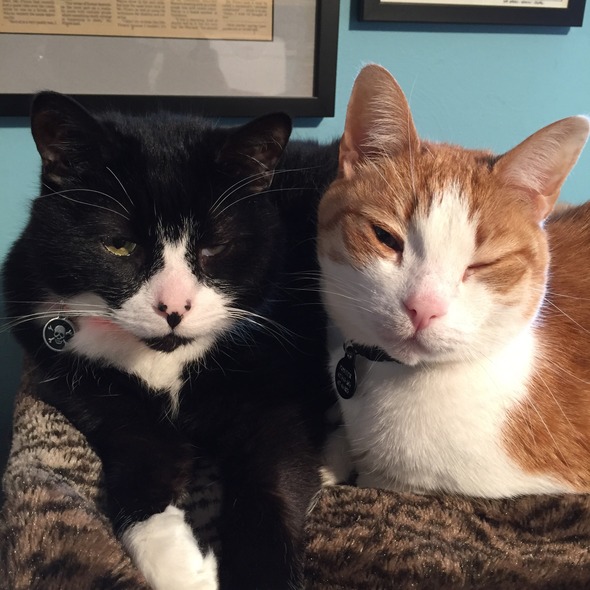 Excerpt of Ted considering spin-off projects from Sally Forth. 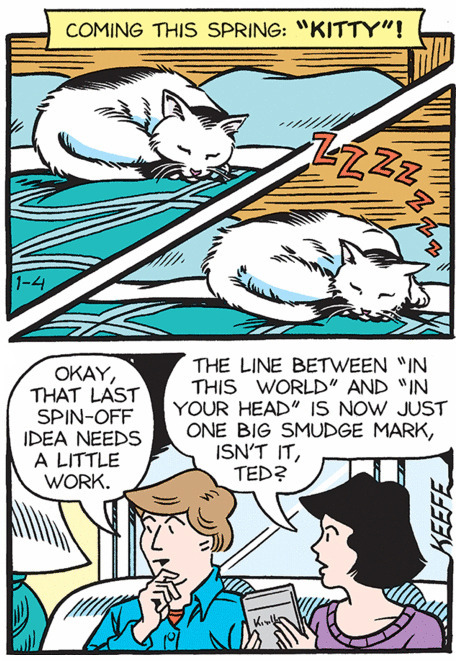 Just a drawing from my sketchbook! 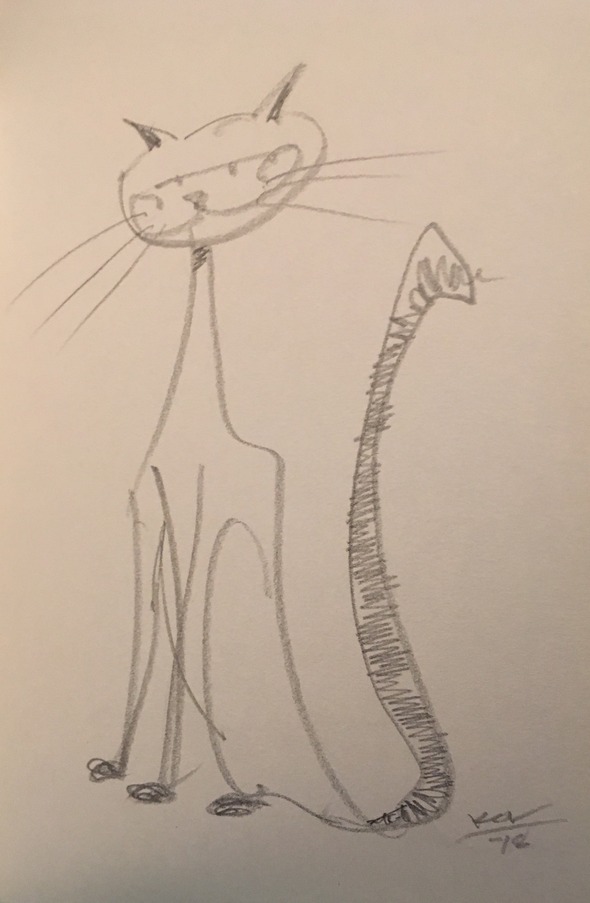 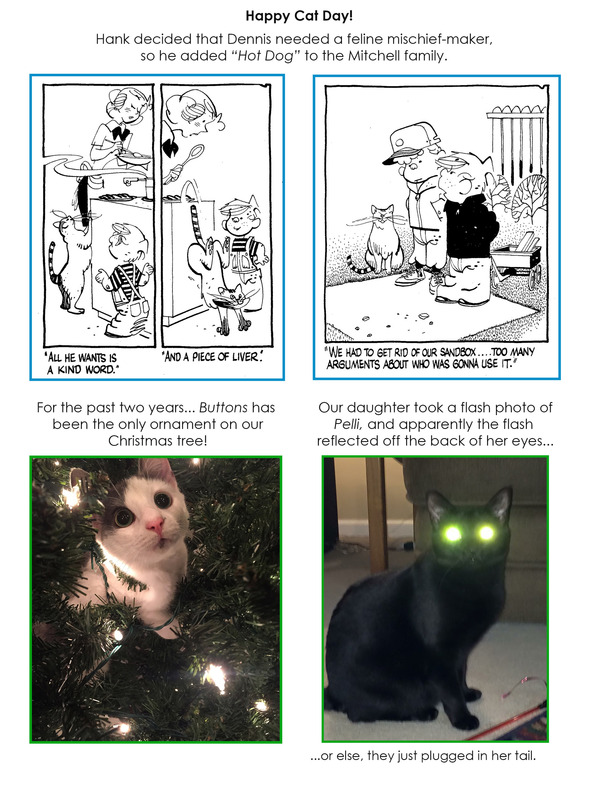