Halloween is on its way! Along with spooky music and sweet treats, it’s the time of year for costumes! This week, I asked our cartoonists about their favorite costumes and disguises– in comics or in real life!

Fastrack’s Dethany is always up for a clever disguise, whether for Halloween, convention cosplay or especially online. Here’s one costume that set the bar for striking fear in her significant other, Guy.

We have a fun time dressing up as a family for Halloween every year. This past weekend my wife, Karen, and I had a scary good time celebrating an early Halloween with our daughter, Sarah, at Mickey’s Not So Scary Halloween Party in the Magic Kingdom at Walt Disney World. We went as Mike, Boo and Sully from the movie Monsters, Inc. As Snuffy Smith would say, we had a bodacious time! Happy Halloween! 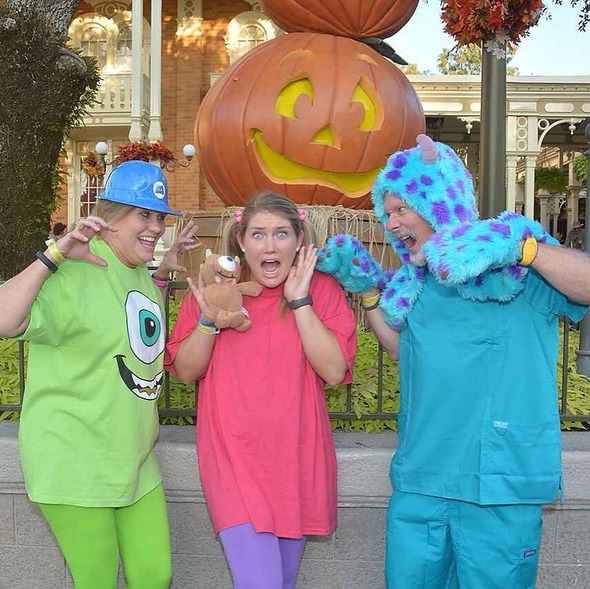 Here’s a costume comics I did for “Six Chix” years ago.
And here’s a photo from Halloween 2017 of me dressed as a kind of sloppy mad hatter, and several photos of my husband, dressed as his favorite brand of coffee.

When I lived in San Francisco, I’d regularly have trick or treaters at the door in full Zippy costume. Not so much here in Connecticut.

The Zippy pumpkin is truly a work of art! (by John Reynolds in Graton CA)

For a 5 ½ year-old, Dennis makes some pretty intelligent decisions about which disguises to wear on Halloween. 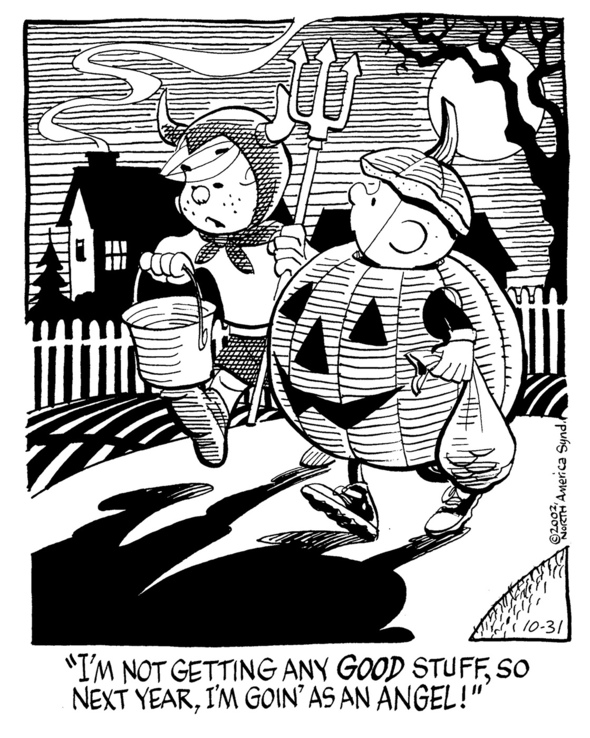 My alias of late is CIA agent Everett K. Ross. 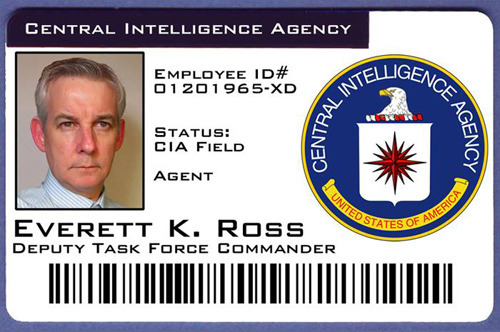 Unfamiliar with the character? Check out my starring role in Black Panther. 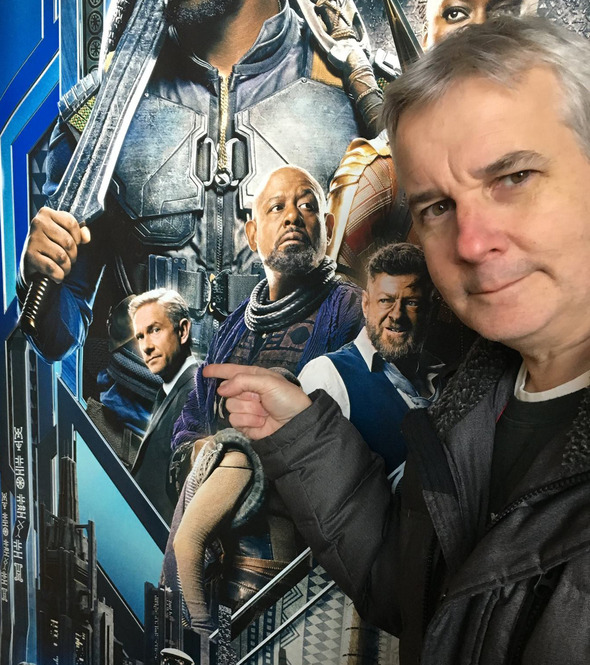 And here’s a few publicity stills from walking the red carpet. 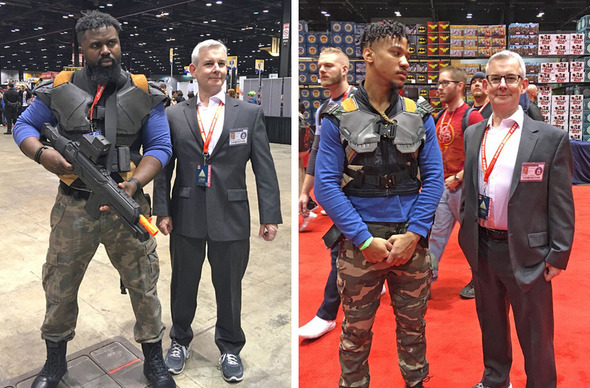 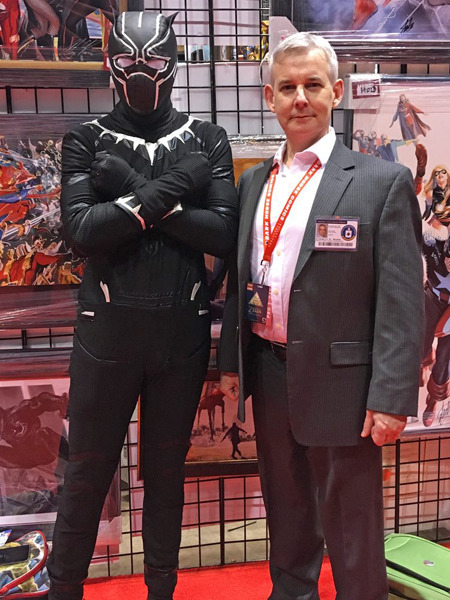 All for now, just got an emergency call from Wakanda – duty calls!