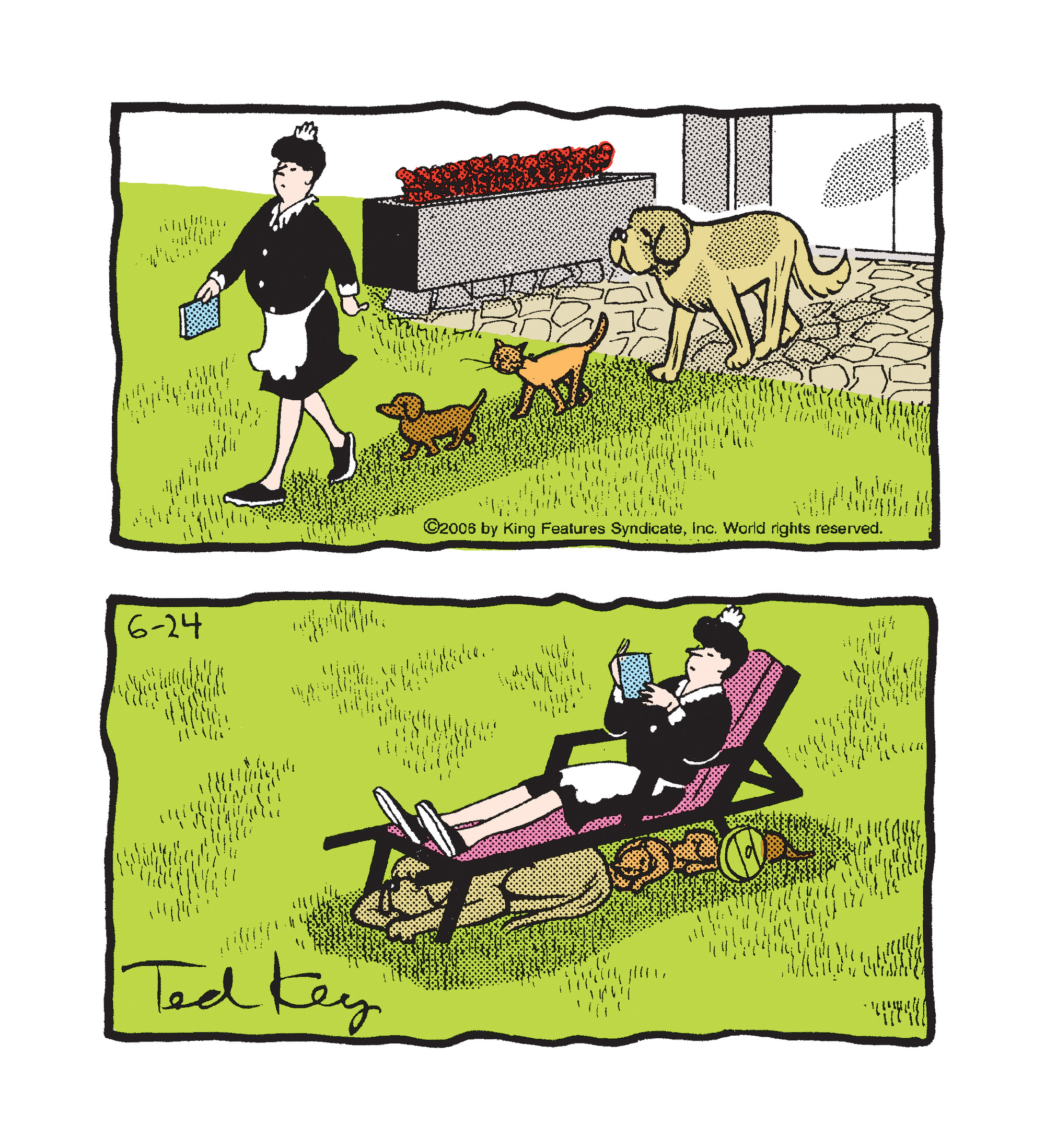 The time has come for the Kingdom’s sassiest working woman to enjoy her well-deserved retirement, as the long-running comic Hazel ends syndication this month. 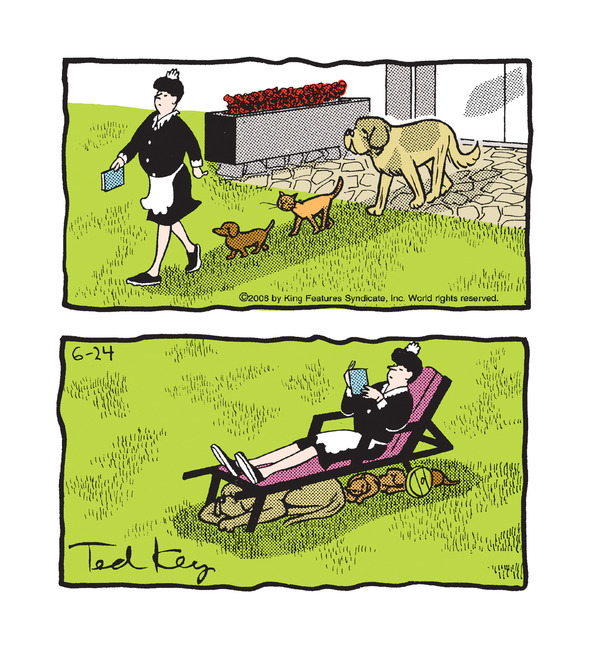 Introduced in 1943 by prolific creator Ted Key for The Saturday Evening Post, Hazel quickly became a staple of the magazine and even inspired her own TV show in the 1960s. When the Post closed in 1969, King Features picked up the beloved cartoon.

“King Features began syndicating Hazel in 1969, so it did so for 49 years, 24 before my father stopped drawing Hazel and 25 after,” said Peter Key, son of Ted Key and representative of his estate. “On behalf of the Key family, thank you and everyone there for a long run.