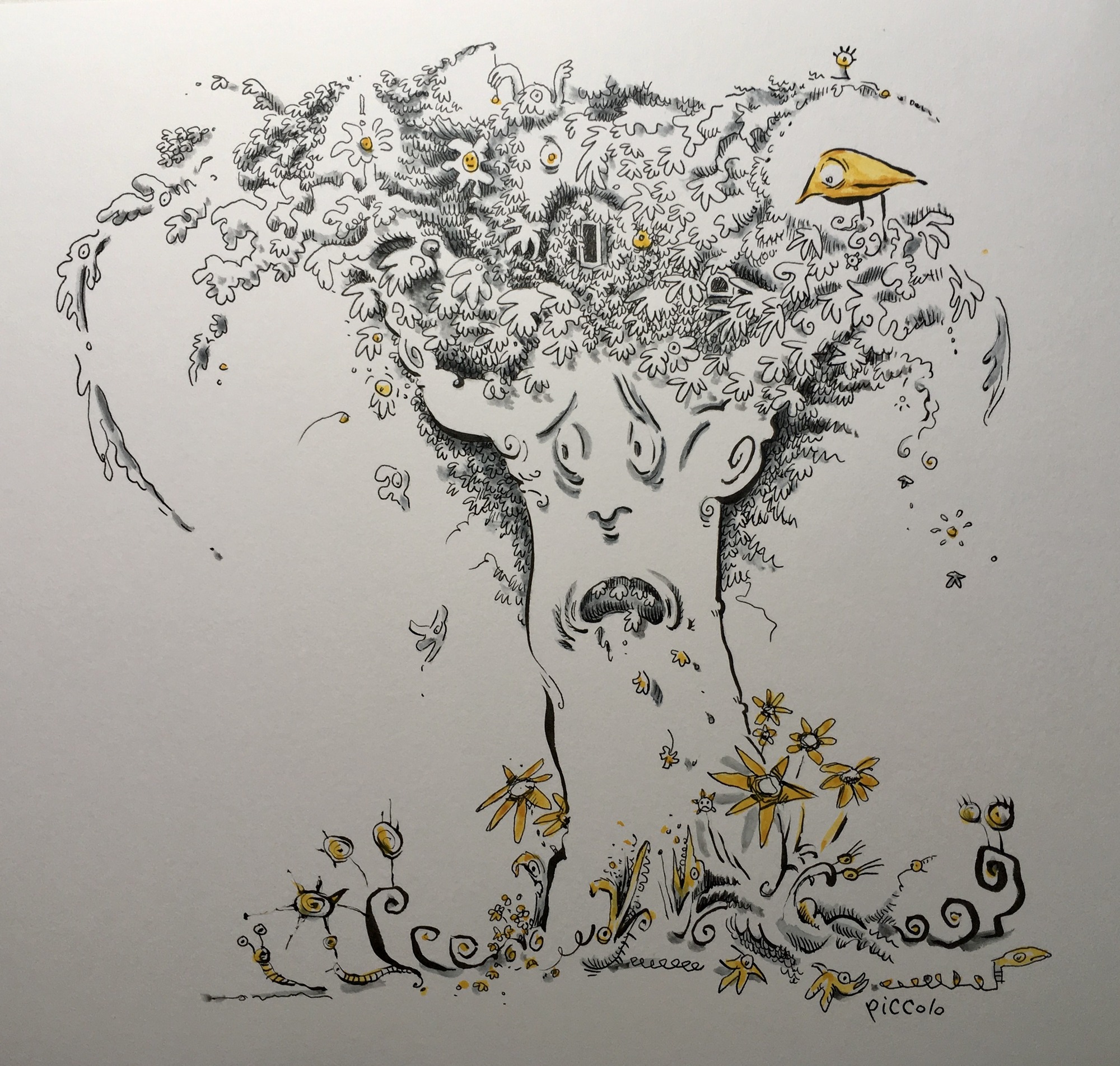 Hooray! It’s starting to cool down here in New York, and we’re looking forward to autumn– to Halloween and falling leaves and apple cider and pumpkin pie and sweaters! I asked our cartoonists what they’re up to this autumn, and here are their answers:

For the last week of October, Dave Reddick and I have cooked up something special: a crossover between On the Fastrack and Intelligent Life in which Skip and Gwen visit Dethany’s Halloween party. Here’s a sneak preview. 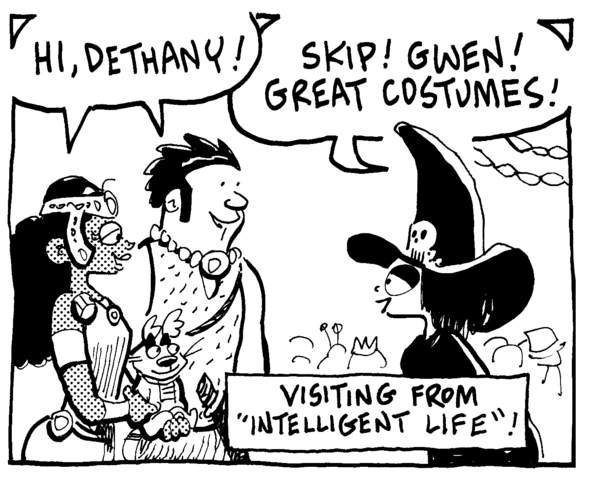 When Fall is on the way and the temperatures start to drop, Snuffy brings out his old buckskins…and, when he’s not looking, Loweezy hides them again!

I will be at NY Comic Con on Thursday, October 4th, at the National Cartoonists Society booth. I am hoping to have some material with me to promote our week of cartoons for Spirit Day on October 24! And here’s one of my favorite things about fall…root vegetables!

As a yard owner, every October poses the annual dilemma—when to rake the leaves? In stages, as they fall through November? Or wait until they’re all on the ground? And will they all be raked before the first snow? Leaf anxiety rages!

But, as usual, these neurotic dysfunctions never plague Zippy. He rakes to a different drummer.

Hank always had fun with Autumn.
He was a Master of Design and trees and leaves gave him the opportunity to GO FOR IT!
He never disappointed. 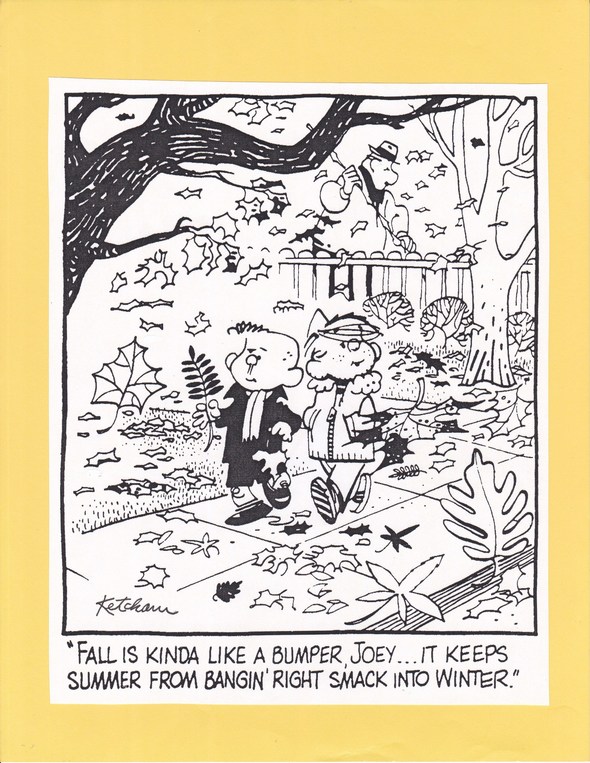 I like Fall well enough, but the one thing I dislike about it is that it points the way to the one season I can’t stand: Winter! Here’s a drawing I did that sort of echoes that feeling… 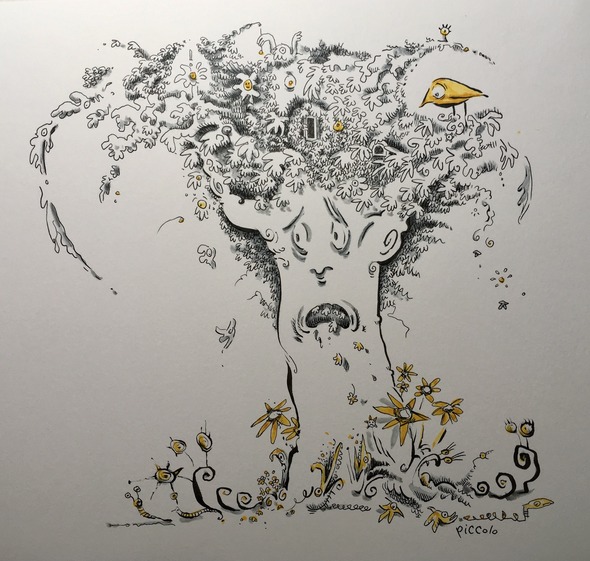 Steve and I live in parts of the country that never really experience Fall. In fact the rest of the nation would call our winters Fall. That’s why we placed the Kudlick family in a semi tropical setting also. But their fictional home city, Davenport, is located a little farther north in latitude than where we both reside because now and then we like to do up gags about fall colors, raking, and big piles of leaves. Plus, I enjoy coloring the leaves. Here are a couple of favorite Sunday pages where Dustin thwarts Hayden’s enjoyment of the season…

I will be performing in “Sh!t Show: A Parenting Comedy Revue” at the New Yorker Festival this October! Tickets are on sale now. Please join me!

Hosted by Ophira Eisenberg and Emily Flake. With performances by Roz Chast, Liniers, Janelle James, and others.

“For autumn this year, namely Halloween, in what is becoming a bit of a tradition, (Intelligent Life’s) Skip & Gwen will be heading over to (On the Fastrack’s) Dethany’s house for a Halloween party! Bill Holbrook and I will be crossing over our characters into each other’s strips for Halloween – and here’s a peek at my version of Bill’s beloved Dethany to get things started!” 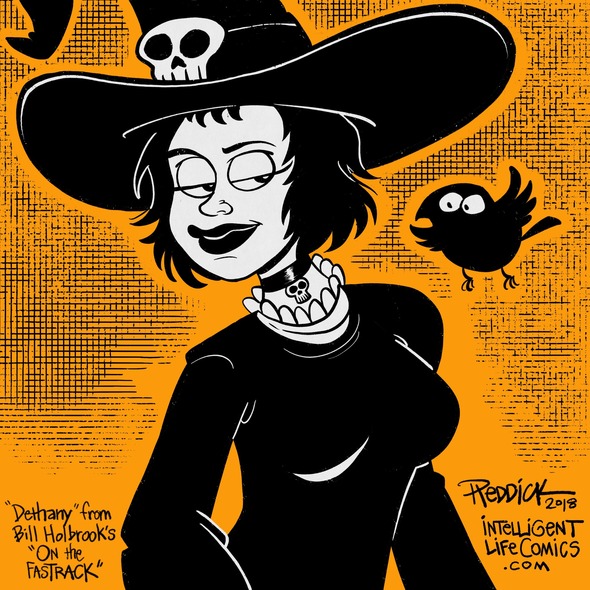