Ask A Cartoonist: Back to School!

Summer’s almost over! It’s time for students (and teachers, and support staff, and all kinds of other folks) to go back to school! Our cartoonists are sharing their favorite back to school comic strips and back to school sentiments!

Over the decades, Hank covered every aspect of school life for a five-year-old including the ‘back to school’ experience.
Hank always captured the classroom environment beautifully. 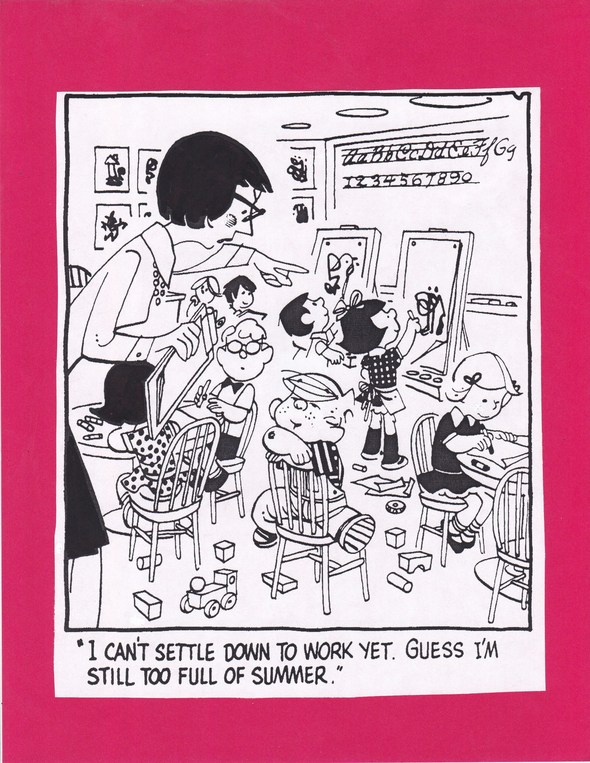 Several years ago at the start of the new semester Patina from On the Fastrack moved into the Safe Havens college dorm, deepening the ties between the two strips.

Every September, I return to the School of Visual Arts in New York to attempt to teach fledgling cartoonists something about making stories in panels (in pen & ink). The old saying is all too true—they teach me as much about comics as I teach them. Let’s do it again!

When I drew this “first day of school” comic strip last year, it occurred to me that Jughaid Smith might grow up to be a cartoonist one day!

An Edison oldie, but one of my favorites.

Since I am hoping to continue to get some “schooling” with some graphic arts software, I am sending this cartoon about getting training: 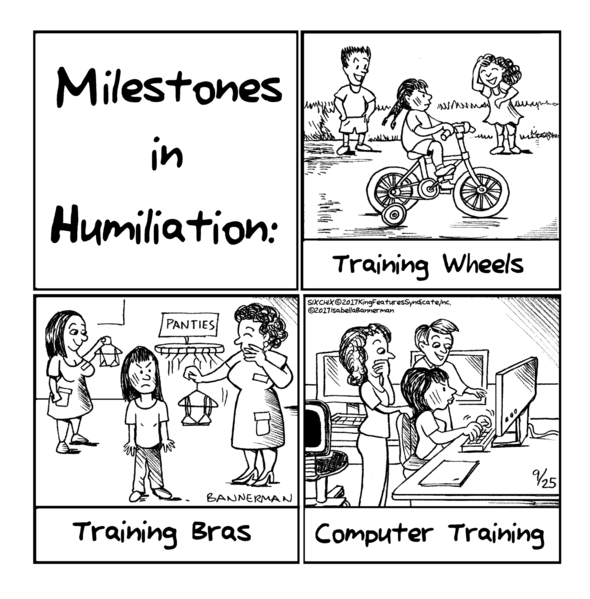