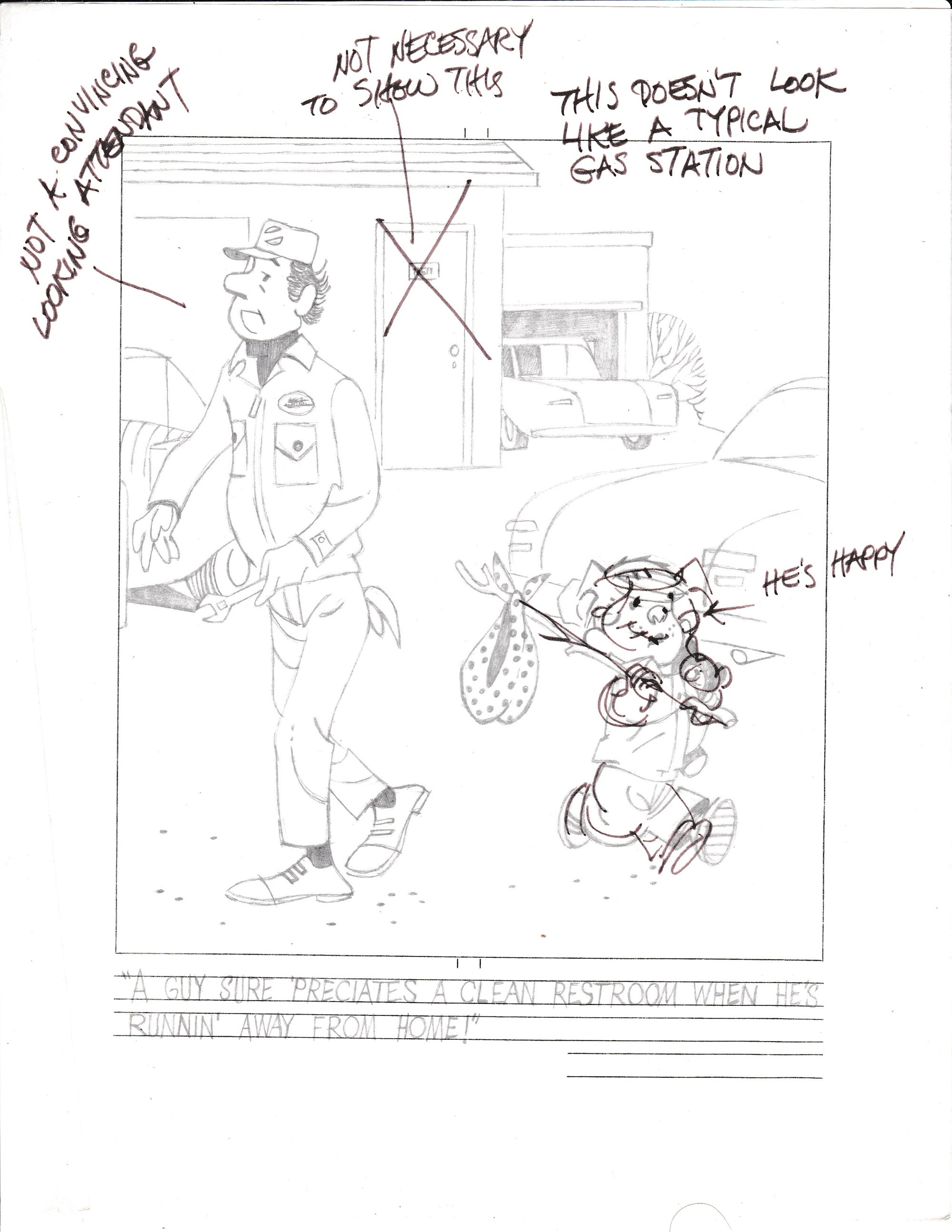 Everyone makes mistakes! Sometimes for those of us who only see a comic once it’s finished, we don’t have any idea how many blunders or screw-ups it takes to get to that perfect finished product.

Here’s some stories about cartoonist (and character) screw-ups!

There is a type of “mistake” that I seem to make over and over. I will sketch out an idea, with great enthusiasm. Then I’ll settle down to draw the finish, and while concentrating – I manage to drain all the life out of the picture, by overworking it. Then I have to chuck it, and go back to my original sketches and faithfully trace over them to retain the liveliness of the original sketch. Here’s the original sketch for a Sunday cartoon that will be out on October 7. As far as the other types of errors – getting cartoons rejected, spilling ink, drawing in photoshop on the wrong level – yes, I’ve made them all! 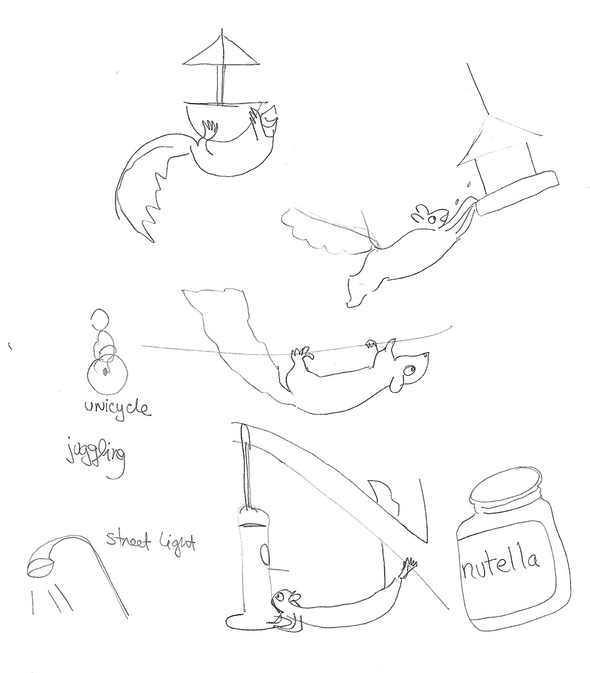 When I was faxing my roughs to Hank his critiques were always brief and right to the point. He could say more with one or two words than any teacher I ever had ………and I’m honored to have known him. 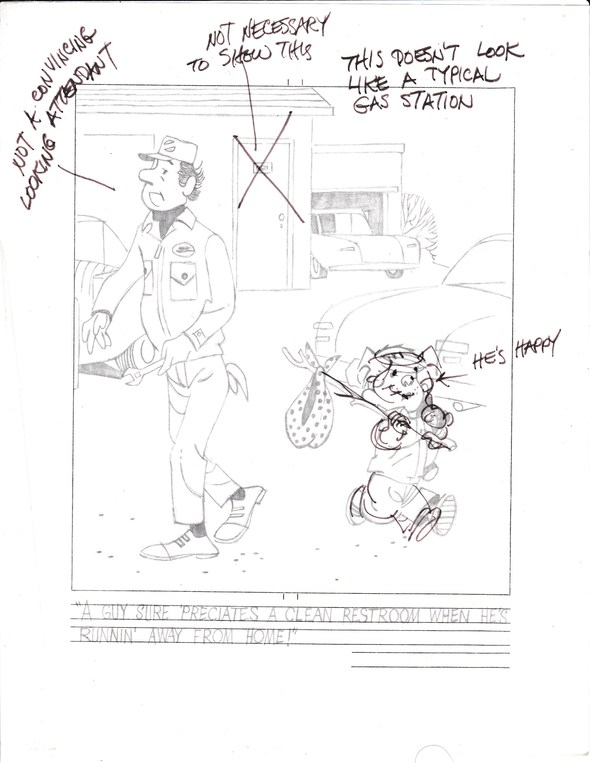 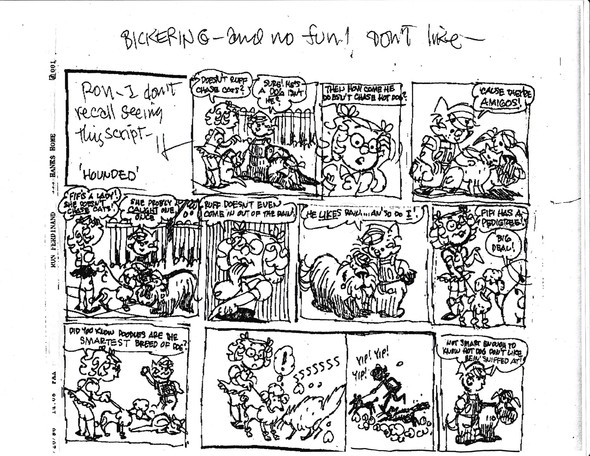 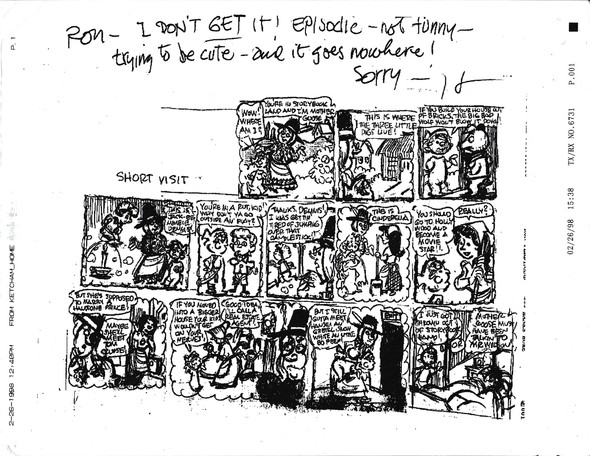 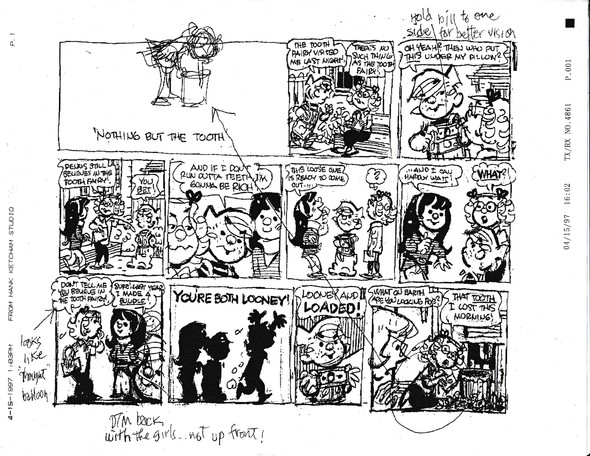 Back in 1978, at the height of the B. Kliban “Cat” book craze, I submitted these 3 strips to the Berkeley Barb (they were running Zippy weekly). The idea was to drop in on the lives of a group of Yiddish/English-speaking grouchy cats and their ups and downs. I’d been reading a lot of old “Abie the Agent” strips (Harry Hershfield, 1914-20). The original Abie strips were all in Yiddish-inflected English, a lot like my “Katz”. Anyway, the Katz strips started and finished with these three. They were met with a lot of head-scratching by Barb readers, who demanded Zippy’s immediate return. 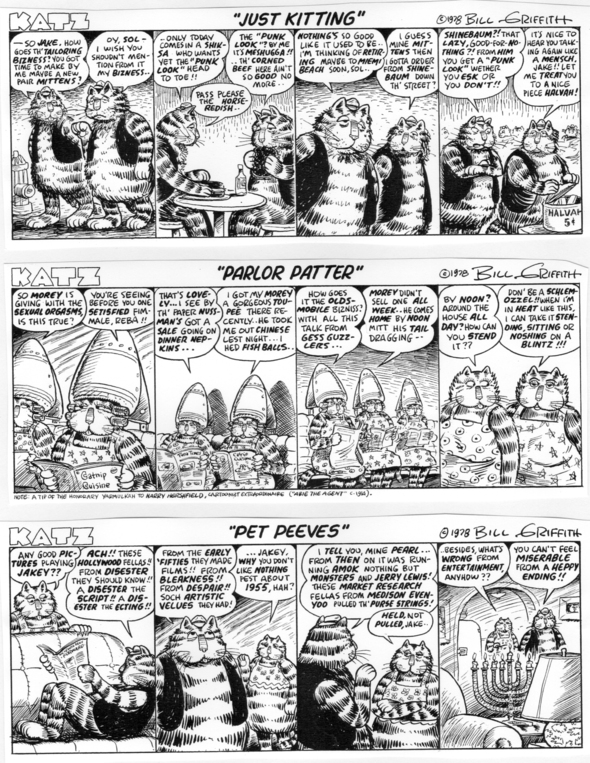 Not so long ago I made this boo boo while coloring with Photoshop’s paint bucket tool in the wrong layer on a recent Sunday page. But man, doesn’t it look way more awesome than our standard “Dustin” palette?– Was Ed developing photos in a dark room? Is this ‘Dustin’s Inferno’? Can you only view it using 3-D glasses?

Coloring fail? I don’t think so… 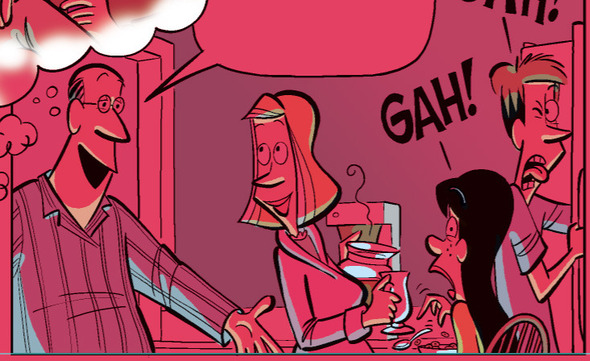 Most of Jughaid Smith’s failures happen in the classroom…but he’s trying!