Ask A Cartoonist: Songs of Summer

Music is a big inspiration to cartoonists– whether it’s a song that sparks an idea, or that favorite playlist that gets the creative juices flowing, lots of great comics owe their existence to music! This week, our cartoonists share their favorite songs or their stories about how music and comics fit together.

Chance is an accomplished blues guitarist so Greg and I like to write gags about the blues. Here’s one from 2006.

Hank was a true music lover. He always had his prized collection of tapes and CDs playing in the studio and he consistently had music references of one kind or another in DENNIS over the years. 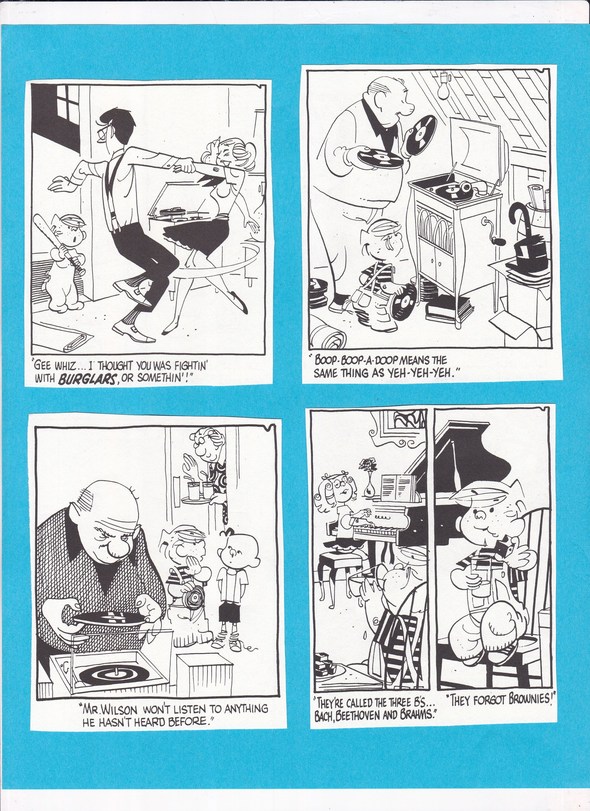 Nothing says ‘summer music’ like Jimmy Buffett. Here’s a week I wrote in 2010 where Ed and Helen go full-blown Parrothead.

I often listen to music (CDs or Youtube) while I ink, anything from Vivaldi to Robert Johnson and everything in between.
Zippy doesn’t just listen to music, he plays and sings.
Take your pick—your banjo pick—of the musical Zippys below.

This week I’m mostly listening to Nadia Reid. She played at a tiny bar here in Lyttelton (The Wunderbar) last week and her voice blew me away.

She is starting to make waves outside of New Zealand too. You can read about her here!

Almost every cartoonist I know is a music lover, perhaps because we normally work in solitude. I’ve appreciated music as a listener since early childhood, did much of my favorite illustration work for record labels large and small, and I enjoy performing and recording with my trio, The Red Beans & Rice Combo.

My iTunes library includes a special playlist “Meditative Drawing Music,” that I shuffle while doing some of the digital work on Bizarro. It’s mostly slow instrumental and ambient music (lots of Brian Eno and Tangerine Dream). It keeps me calm and focused when I’m configuring comics for the papers who run Bizarro in the strip layout.

My “normal” iTunes shuffle-play can turn up just about anything: jump blues, 60s-70s-soul, Italian soundtracks, punk rock, all sorts of jazz, cowboy ballads, New Orleans R&B, 1930s Hawaiian bands, and more. My brain’s musical receptors are always looking for something new and different.

One of my favorite summer songs is “Yankee Wheels,” by Akron’s Jane Aire & the Belvederes, originally released in 1978. It really captures the promise of the first days of summer, and 40 years (!) later it still sounds fresh.  Take a listen! 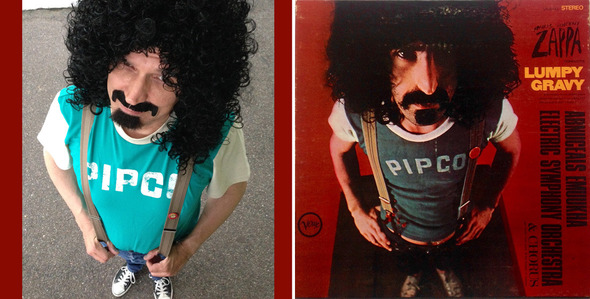 [Wayno in disguise as Frank Zappa (Graceland, Memphis, Tennessee, May 2016)]

It’s super corny, but my favorite music to listen to is my son’s playing. This will seem less corny and more horrifying when I tell you that he plays the drums. He is now eight-years-old and has been drumming since he was Angus’s age. (Did I mention that Angus is based on him? Well, he is.) The thing that makes this more than just blind parental pride is that he’s actually good beyond his years. And it’s fun to watch him reconfigure his drum kit over and over using the three drum sets-worth of percussiony stuff we’ve acquired over time – mostly from other parents who I guess just couldn’t take it anymore.
(By the way, we always wear earplugs.) 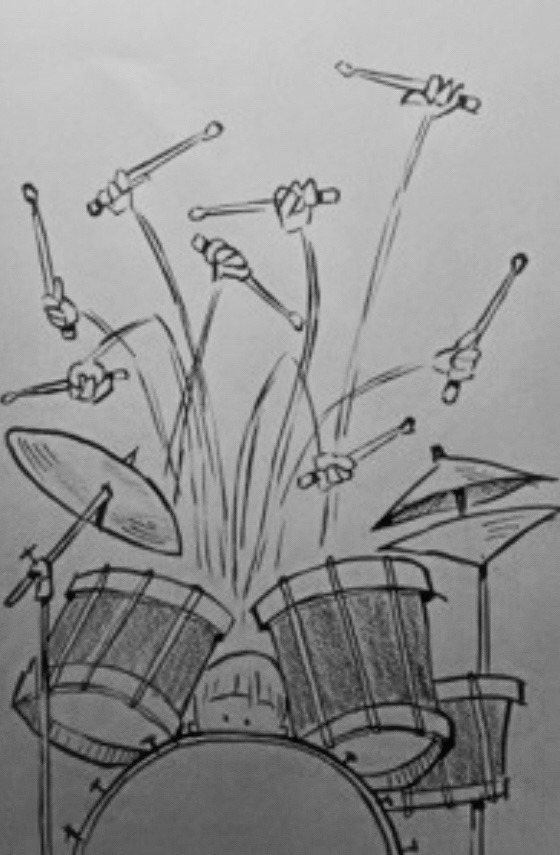 This drawing was done when he was about three, when his feet couldn’t reach the floor, let alone the bass drum pedal.

Currently listening to traditional Irish music in the studio. I was able to travel to Ireland for the first time within the last few years and it put its mark on me.

One of my favorite groups is the High Kings. The following is a drawing I did last year when they came to play the Cedar Cultural Center here in Minneapolis, Minnesota. 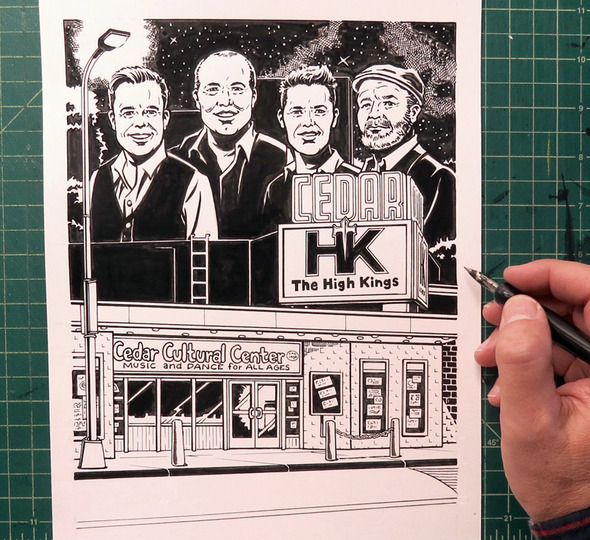 Their latest album is DECADE-BEST OF THE HIGH KINGS (which topped the Irish Album Charts).

Unfortunately I won’t be making it back to Ireland anytime in the near future, but luckily the High Kings will be bringing a little piece of Ireland to Minneapolis as they’ll be playing the Cedar Cultural Center again come August 28th! 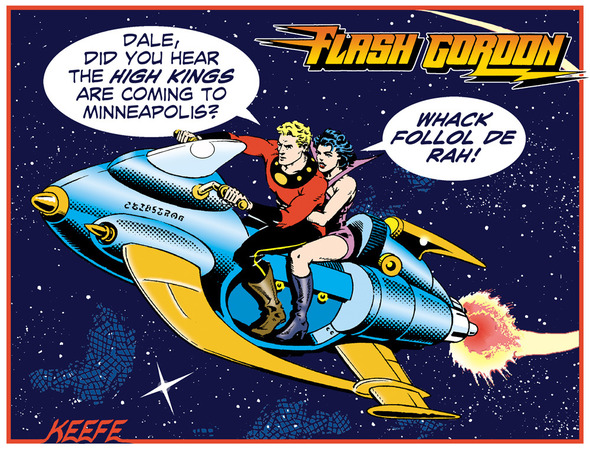