Ask A Cartoonist: Where Do You Find Inspiration?

Hello, everyone! It’s Jen, one of the comics editors at King. I find it crazy how our artists can come up with new ideas over and over and still remain hilarious and relevant.

So this week, I asked the question to our amazing cartoonists: “Where do you find your inspiration?” because I want to know! Please enjoy this post on how your favorite artists use their unique imaginations to keep you smiling every day.

Where does my inspiration come from? I can honestly say that Mark Trail stories are inspired, initially, from actual news stories.

For instance, the recent daily storyline “Greatest Show on Earth” was inspired by the news that the Ringling Bros. and Barnum & Bailey Circus was closing their doors. I had forever wanted to draw the “wrong animals” in Mark’s neighborhood. You know, rather than deer and squirrels, draw an ostrich running by Mark’s house and see if anyone would notice! The news of a large circus closing down gave me that opportunity!

So, I take an actual news item, throw in some adult beverages, then make a phone call to a friend of mine that has a similar sense of humor and entertainment and voilà — you have a story!

Side note – the adult beverages can often lead to unexpected little ideas like intoxicated clowns stumbling through a graveyard, but I digress.

The inspiration for Zippy is twofold: His name comes from the Ringling Bros’ circus sideshow performer “Zip the What-Is-It?” And his original, off-the-wall personality is loosely based on
“Schlitzie,” the pinhead featured in the 1932 film “Freaks.”

I just finished a 244-page graphic biography of Schlitzie which will be published early next year by Abrams ComicArts.

I find inspiration everywhere, from my family to my cats, my library job, pop culture… you name it! I do a lot of literary-based cartoons, and sometimes I get the odd idea like a lightning strike, where I feel compelled to create something like this “Six Chix” cartoon that combines Charlotte Bronte’s “Jane Eyre” with the end of the classic film “Casablanca.” Who knows where that idea came from? It’s always fun to be able to bring a crazy idea to life!

I wish I had a specific answer (or even better, a funny one!) but the process is a mystery to me even after all these years. I do a lot of reading and observe things going on around me, but the sources of inspiration for my strips are impossible for me to pin down. All I know is that my characters reveal to me what they are up to, and I let everybody else in on their doings.

I always gain inspiration from walking, especially uphill, but if the weather is inclement I hide out at the library and just look out at the hills from the windows. Sometimes that works. 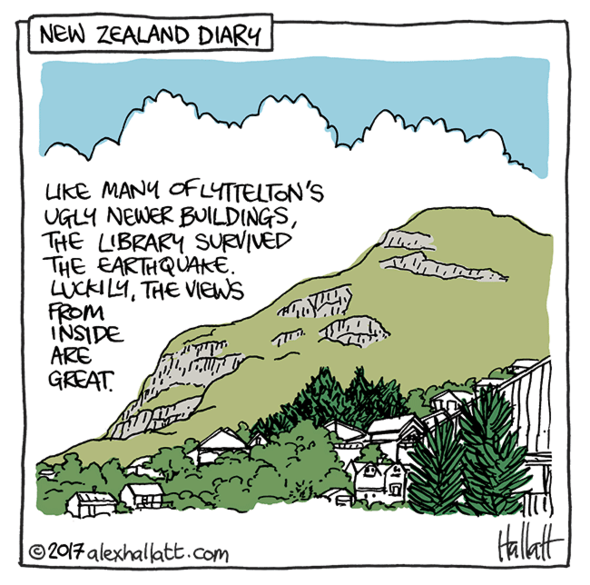 Covering my office walls with beautiful art (originals or copies) is one of the ways I stay inspired. There’s nothing like looking at the work of Hank Ketcham, Walt Kelly or Owen Fitzgerald to keep the creative juices flowing. It’s a daunting challenge, but it keeps you moving onward and upward. 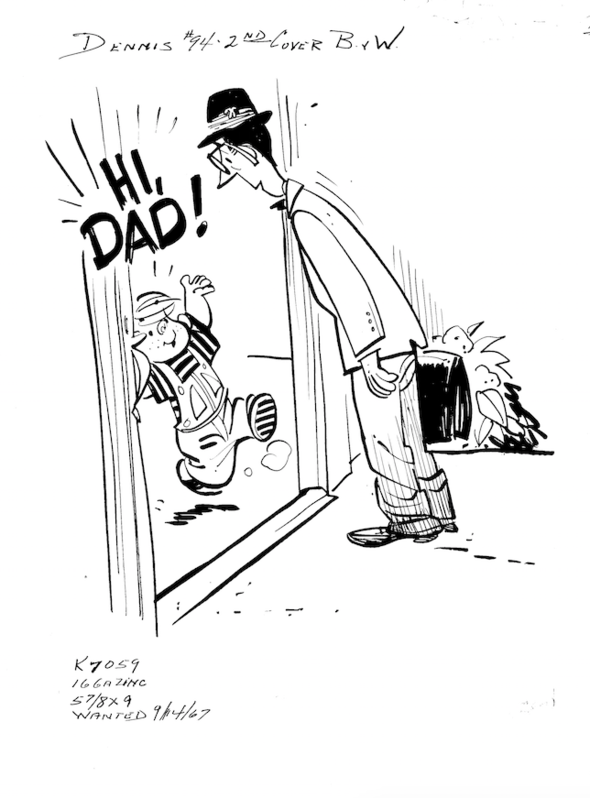 My method may not be norm for some, but for me, it works. I find inspiration in anything I am doing, such as reading, listening to the radio or watching tv, and there are words that stand out, but not really consciously. I mean I’m just going about my business and a word says “write me down!” These words can be “stress ball” or “Mentos and Diet Coke.” These words may or may not turn into a strip, but one word will always stand out to me, day in and day out, and the words serve as a punchline that works backward.

This cartoon might not seem to have anything to do with the question “Where Do You Find Your Inspiration,” but bear with me.

My interest in environmentalism came on gradually. I grew up near Lake Erie, and until I started visiting other beaches, I thought it was normal to see dead fish every few feet, and to have to swim out to the “deep end” to get past the yards of algae. One day, I came across a copy of the Whole Earth Catalog, and I was inspired by all the creative ideas to stop pollution.

But I still like to make fun of myself and of all the other old hippies. Hence, the “master gardener” buying store-bought compost. So, the short answer to where I find inspiration is that I go through the garbage.

Although I do everything digitally, including drawing, I write with different colored pens and edit the gag several times. I usually let it “steep” for several days, even years, before I feel it’s ready to be drawn.

My original ideas come from newspapers, overheard conversations or just observing something ridiculous. The writing starts from there.

I just fill pages and pages full of words, phrases, doodles, thoughts, shapes…and this begins a process of free association that most times leads to gags. This is a lot like playing and daydreaming, combined with a little performance anxiety, which I try to pretend is not in the room with me! My writing stints are 90 minutes with no break. I’ve found over the years that when I go over 90 minutes, things go south, and I’m not really creating anything. So I stick to the 90 minutes. I do this four times per week, and by the end of the week, I have enough material to work on with Hilary.

As for inspiration, I think most syndicated cartoonists will agree that when you’re pumping out material against a constant deadline, there’s not much time to sit around and wait for magical fairy dust to hit — you just jump in and start working, even if you’re not feeling inspired. A famous philosopher/writer (was it Sartre?) once said that inspiration was for amateurs and that the rest of us just get down to work — or something like that. I really believe in that statement, and it’s been working out for me so far!

My wife, Pat, has inspired me in 10 million ways over the last 37 years, but she has also inspired a number of “Dustin” cartoons. Pat doesn’t think she’s funny, but she constantly spouts witty comebacks to the dumb things I may say or do in a day — I think it’s a coping mechanism to help deal with being married to a cartoonist. Here’s just a very small sample of some of my Pat’s wry punchlines and ruminations that worked their way into the funnies.

I really did this and it really DID hurt…

…as well as inventing “Dishwasher Chess.”

One day I mentioned this story in the paper, and…