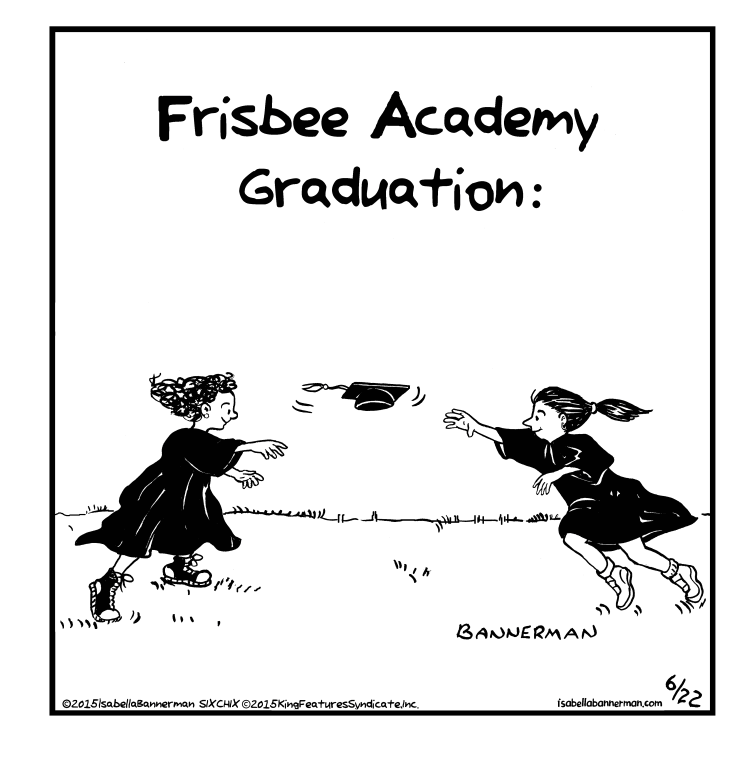 It’s June, and that means it’s time for all you young aspiring cartoonists out there to don a cap and gown and explain to your relatives why you want to draw funny pictures for a living!

This week, we asked our cartoonists to share with us some of their thoughts about and wishes for graduates.

In Safe Havens, Samantha graduated from college in 2007. Of course there was a complication: she had transformed into her mother.

I don’t think Zippy is the only one to dream of graduating High School in his underwear—am I right?

In this portion of a recent comic strip of mine, Jughaid Smith dreams of the day when he will one day graduate and leave Miz Prunelly’s classroom far behind him! Good luck to all of this year’s graduates! 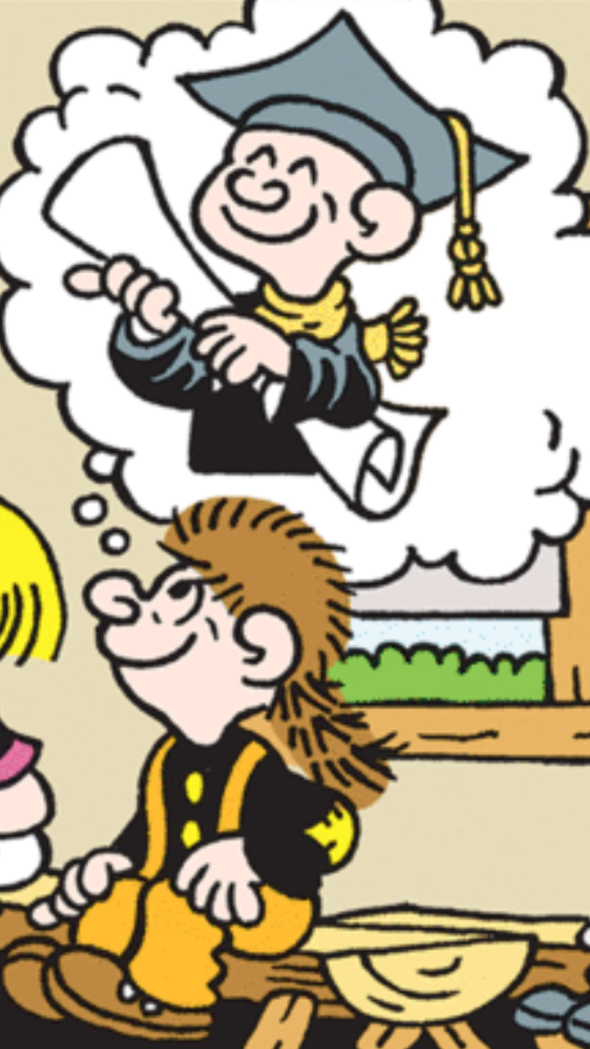 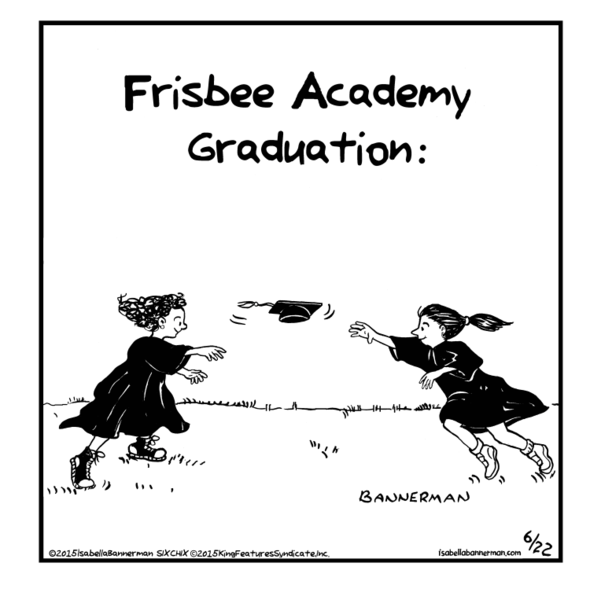 Of course, there’s OTHER ways to move on in school too! 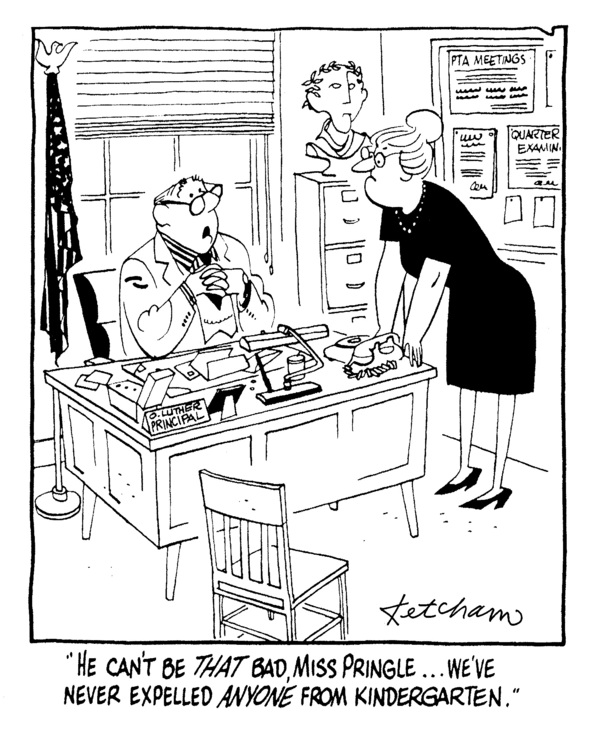 Graduation does not bring back fond memories!

Graduating from Washington U art school in 1965 I was not allowed to march with the class because art students did not often finish in four years, I had another summer semester to complete. So I skulked in the bushes while my Sigma Chi friends and girlfriend, Marian, wore the cap and gown. 50 years later I got my revenge, so to speak. I was given an Honorary Doctorate and asked to make the commencement address. The message was, “Be what you want to be!” The picture below explains it all. 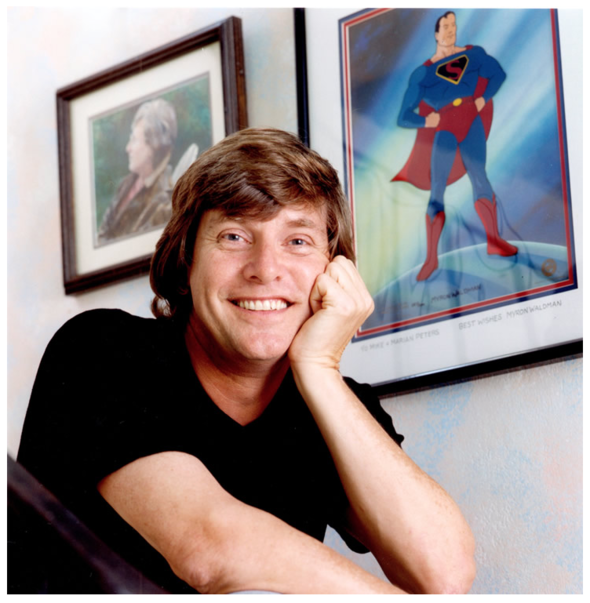