Ask A Cartoonist: A Night At The Movies

The Academy Awards are coming up! I love a good movie, and so do a lot of our cartoonists. While we’re looking forward to seeing who takes home the big prizes this year, I asked our cartoonists to share their own thoughts– or their characters’ thoughts– about movies.

I love old black and white movies and anything with Cary Grant is alright with me. 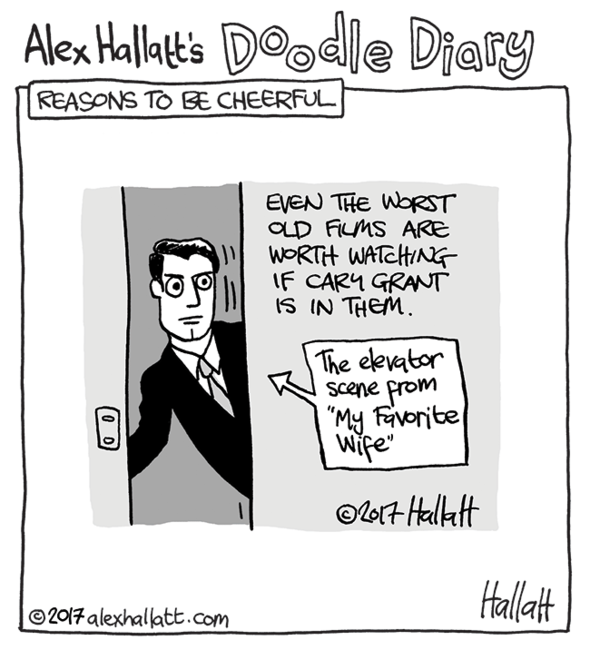 Well, for me (& Zippy), the all-time favorite movie is Tod Browning’s 1932 masterpiece, “Freaks”, in which almost all of the sideshow people were— working sideshow people.

My new graphic bio/novel (to be published next year by AbramsComicArts) about “Schlitzie”, the sideshow pinhead who inspired me to do Zippy has an entire section devoted to the movie and its making.

Here’s a page from that section: 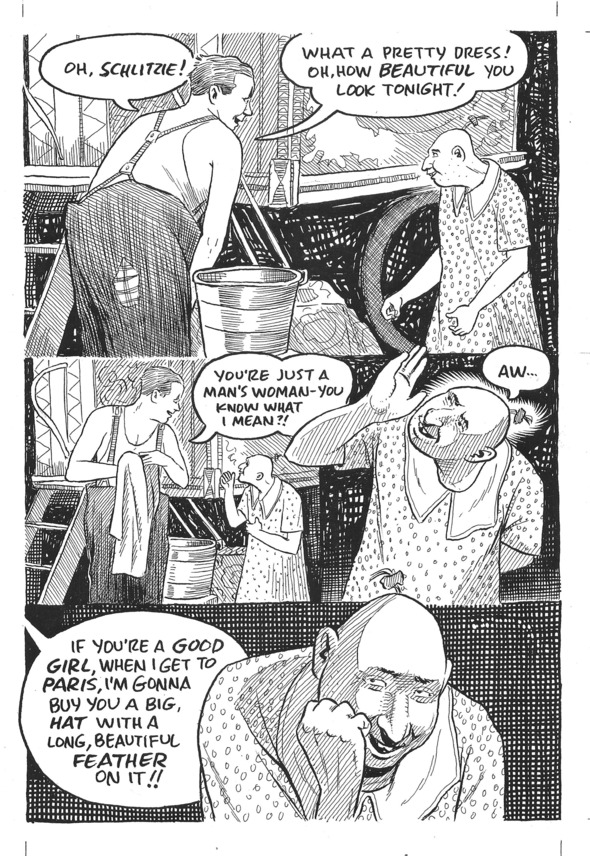 Dennis Mitchell and the movies have a LONG history together!

In the words of Mallard, “Movies are a popular place to go on a first date. This is a terrible idea; you get to NOT GET TO KNOW ANYTHING ABOUT EACH OTHER for two hours, except that the person who picked “going to a movie” is just as unimaginative as all of your other first dates who did the same thing.

The greatest movie ever made is “The Jerk”. This is not a subjective matter of taste, or cultural bias, or personal predilection, or any of those other things Squishy Relativists say. It is, by all scientific measurements, the best. It’s also iconoclastic, bucking the tradition that most other great movies share: a cameo by Stan Lee”. 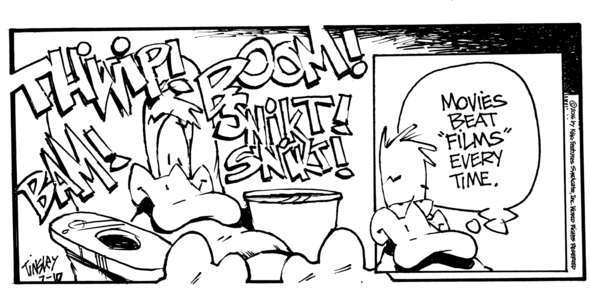 In “Safe Havens” in 2013, filmmaker Ming was nominated for Best Documentary, and she and her family got to go to the Oscars.

My taste in movies runs more toward old classics, particularly film noir. My all-time favorites:
1. “Casablanca”
2. “The Maltese Falcon”
3. “The Big Sleep”
4. “Key Largo”
5. “The Wizard of Oz” (of course, I think the movie would’ve been much better had they cast Humphrey Bogart as the Wizard ;>)

In “Shoe,” Cosmo is the official movie critic for the Treetops Tattler. His reviews are short and to the point.

I have always been a movie buff from an early age and even met some of my movie idols because my mom had a TV show in St. Louis and she would have famous people on her show. But, my biggest idol was Cary Grant, and even tho I have see North By Northwest about a million times, I never got to meet him. One day as I was sitting at my desk at the Dayton Daily News and was talking to my buddy, Bill Schorr, who was the editorial cartoonist for the LA Herald examiner at the time. His desk was next to the movie critics desk, from which he procured Cary Grant’s agent’s phone number. So after a few days, I got up the courage to dial the number. A man answered with a clear British accent, I asked if Cary Grant was available. The answer was, “This is Cary Grant” in the best Cary Grant voice. I almost fainted. I explained that I was the world’s biggest fan and this as a weird call. He replied”My friend, after 82 years nothing seems weird to me anymore” He was most gracious and chatted for a few minutes. The next morning, the phone operator (it was that long ago) Rose, told me I had had a “prank” call of a man pretending to be Cary Grant. Well, she did faint when I told her that it was indeed Mr.Grant! He had called back to congratulate me on the Pulitzer Prize that I had recently won

“Let’s just say that when Skip & Mike go to the movies, it’s always an EXPERIENCE!”

Loweezy makes or mends most of the clothes that her family members wear. But, in this comic strip from a few years ago, Loweezy reveals that she has dreams about one day making clothes for the award-winning movie stars that walk the red carpet.  However, I doubt many of those stars would wear her clothes since they are filled with patches!