News Around the Kingdom: A BODACIOUS TOONFEST HONOR, A BIRTHDAY TRIBUTE, AND THE ANATOMY OF A GAG

Walt Disney’s Hometown Toonfest will be celebrating its 19th year on Saturday, September 16, 2017. King Features’ BARNEY GOOGLE AND SNUFFY SMITH cartoonist, John Rose, is one of this year’s Guest Artists honored at the festival. If you're going to be anywhere near Marceline, Mo. where the festival will be held, be sure to check it out! You can read more about it on John's blog and visit the official site at http://www.toonfest.net for more information.

In case you missed it, HI AND LOIS cartoonist Chance Browne wrote a wonderful short birthday tribute to his father, Dik, who was born 100 years ago on August 11. 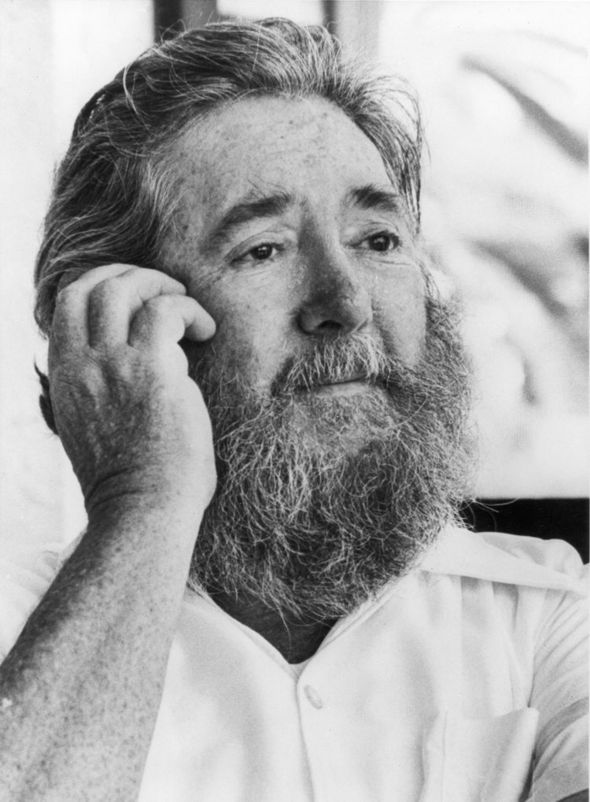 In his post, Chance also shared a wonderful article where readers can learn more about his dad and the great Connecticut cartoonists community:  Cullen Murphy has written an excellent piece in the September 2017 issue of Vanity Fair — excerpted from his book, Cartoon County: My Father and His Friends in the Golden Age of Make-Believe,
due in November from Farrar, Straus & Giroux. Check it out here:
https://www.vanityfair.com/style/2017/08/when-fairfield-county-was-the-comic-strip-capital-of-the-world

For THE PAJAMA DIARIES cartoonist Terri Libenson, art imitates life. Or life imitates art. Or both at the same time. Whatever. In any case, when she takes her daughter on a college tour of her alma mater, it all comes out in her comic strips -- and the hilarious story about it comes out on her blog. Check it out.

INTELLIGENT LIFE cartoonist David Reddick shares his version of ZIPPY THE PINHEAD from his sketchbook. See what else he's up to in his blog.

Zippy the Pinhead according to David Reddick

In Part 3 of his 1967 Timeline series for BEETLE BAILEY. Brian Walker addresses the question many readers ask: "Where do you get your ideas?" While there is no easy answer to that question, Brian cites a 1984 article in which Jerry Dumas, longtime gag writer for Beetle Bailey, described his creative process. It's probably as close as non-cartoonists will get to understanding the anatomy of a gag. This Sunday page is a particularly funny example of how that all comes together... Check it out in the blog. 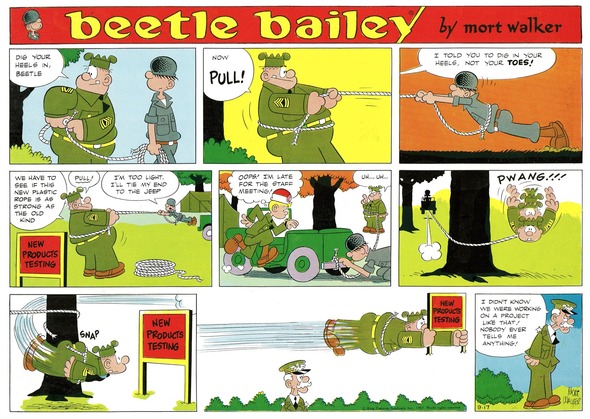 Brian continues to explore the anatomy of a gag topic in Part 3 of his HI AND LOIS Timeline series for 1967. This time,  he cites a passage from the 1986 book, The Best of Hi and Lois, in which Mort Walker provided some insights into his process: “The main ingredient in humor is the revelation of human nature – it’s frailties, its reasoning power – and the interrelationships between characters.” This Sunday page gives a giggle about parental pride. Check out what else Brian had to say in this week's blog post. 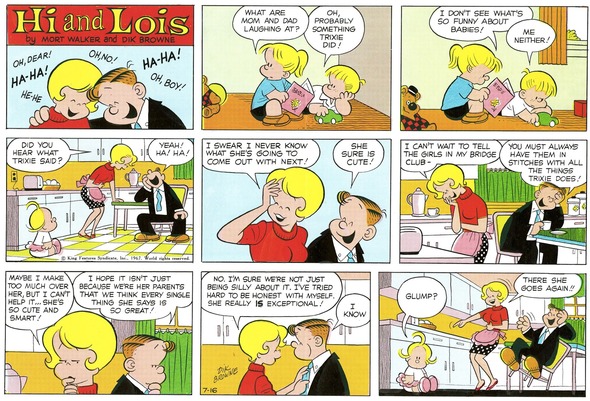 And finally, in his BIZARRO blog this week, Dan Piraro opens his post by reminding us that, because cartoonists work at least several weeks in advance of publication, there are sometimes unintended associations that can be made with a particular comic. He says, "When I looked at it this morning, I could not help  but see it in relation to the use of an automobile as a weapon in Charlottesville last weekend, and I was sorely dismayed by the idea that some people might see a connection.  In simple words, this cartoon has NOTHING to do with that incident. It does, however, have everything to do with how many of today’s teenagers are much better at video games than they are at real life."

Needless to say, in the rest of his blog, Dan pulls no punches this week when it comes to politics, has fun with a P&J mashup and shares some funny stories about his dogs and the games they play. Oh, and have you been studying up on the Secret Symbols? If not, check out his always hilarious and thought-provoking blog here.

Thanks for catching up on this week's News Around the Kingdom.
Have a great week, and see you again next Friday!