News Around the Kingdom: A SPINACHFEST WEEKEND, A BIRTHDAY WEEK and A CHARACTER WHO IS NO MORE...

This week, we wanted to alert you to a fun-filled, SpinachFest Weekend featuring none other than POPEYE THE SAILOR MAN!

This Saturday, July 15, Amazon Prime is running a special Popeye promotion on their social channels to let fans know that The Continuing Adventures of Popeye are now available for streaming. Be sure to check it out!

The Continuing Adventures of Popeye

Then, Sunday, July 16, on the Mighty Mariner's social channels and his Official YouTube channel, you'll find a new Popeye AniMinute celebrating -- you guessed it -- National Fresh Spinach Day! To add to the fun?  Popeye, in collaboration with Taylor Farms, the company that produces the Popeye brand of fresh spinach, is running a giveaway contest! 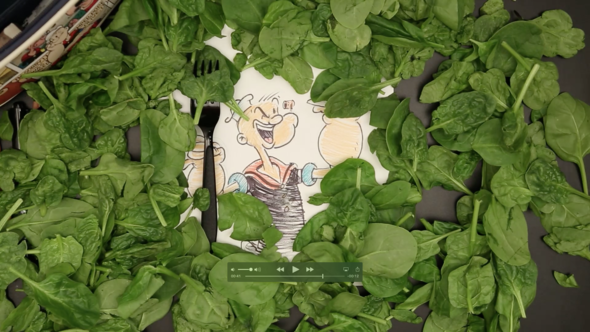 The Sweepstakes will be hosted via Facebook and Instagram on Sunday with the winner announced on Monday.  Fans are asked to like/follow Popeye and Taylor Farms and then make a comment about how they are incorporating spinach into their daily meals using #FreshSpinachSweepstakes and tagging two friends in their post.

Prizing: 2 Winners, 1 per platform (1 on Facebook, 1 on Instagram) plus two friends each (6 total people) will win a month’s supply of fresh spinach (via redeemable coupons), courtesy of Taylor Farms. So much fun! So healthy! See the official rules at Popeye.com.

In other cool news...

During this 1st Anniversary Week of his INTELLIGENT LIFE comic strip (it began in syndication on July 7, 2016), cartoonist David Reddick reveals the earliest incarnation of Skip and Mike from his sketchbook in 2002. Pretty nifty to see how the characters have evolved. Happy Birthday to Intelligent Life! Check it out here. 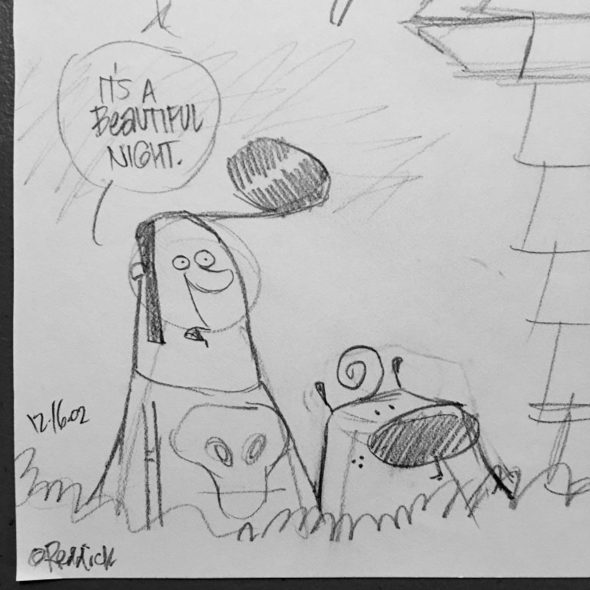 SNUFFY SMITH cartoonist John Rose turns to yesteryear this week and shares a cool King Features promotion piece from 1968 that he found on eBay. Visit his blog to see more! 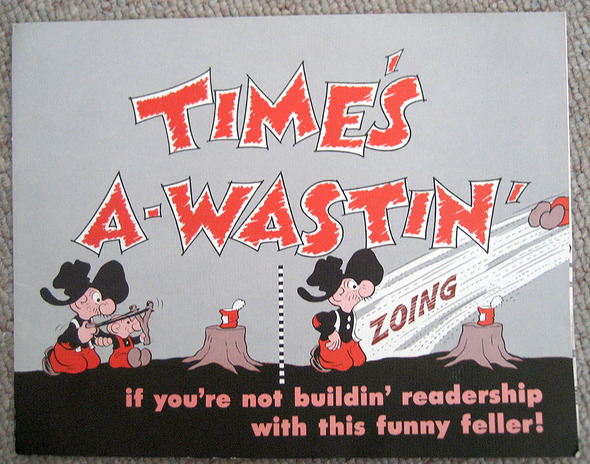 The fun cover of the SNUFFY SMITH sales kit brochure.

In the first 1966 episode in his ongoing Timeline series, Brian Walker reveals that Mort  tried to introduce a new character every year to keep the strip fresh and provide additional sources of gag material. Not all of them stuck around. The huge cast of characters got a bit confusing, so Mort retired the characters that didn't develop a strong reader following. Brian's look at a BEETLE BAILEY Sunday page this week showcases Sarge and Roz, the waitress at the local soda shop and one of the characters whose tenure in the cast was short-lived. Give Brian's always-fascinating blog a read! 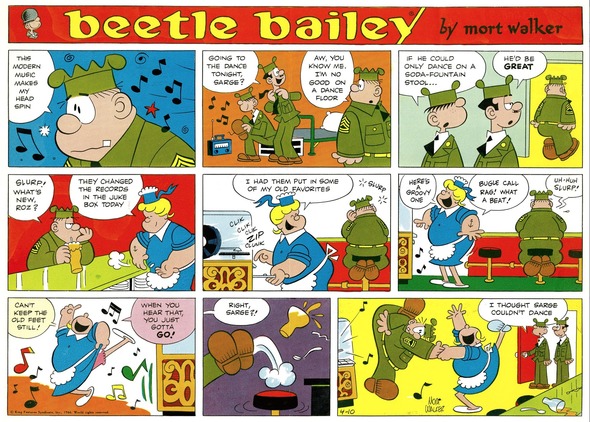 Meanwhile, over in Part 1 of his HI AND LOIS Timeline series for 1966, Brian shares a wonderful Sunday page. He shines the spotlight on baby Trixie -- the most popular character in the strip, by far. Check it out here.

And bringing it all home, in his BIZARRO blog, Dan Piraro remarks that, for the second week in a row, his featured Sunday comic showcases a head of lettuce. Try and find another cartoonist to top that kind of surrealism! See what he means -- and laugh at some other choice picks in this week's blog. 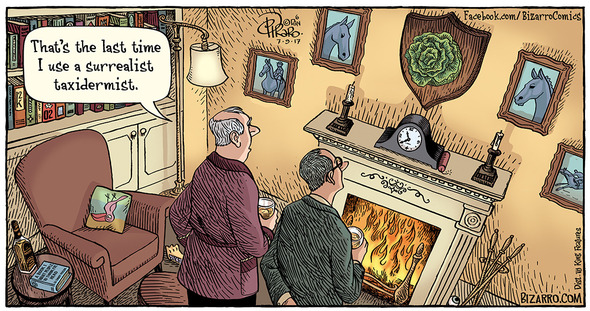